We’d all love to be a fly on the wall when famous directors watch other peoples’ movies, and for one lucky cinemagoer that apparently became a reality.

And it was pretty incredible, tweeter Jaye Hunt claiming that the actress and director drinks bigger sodas than any of us, and that some people actually left the cinema because she and her friends were being rowdy. 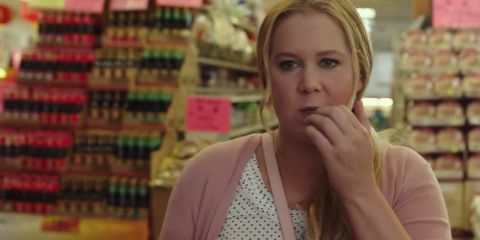 But what did she actually think of the divisive new movie? Well, according to the tweets, there were certain bits that she definitely found hilarious.

However, like many of the movie’s critics, there were elements that she allegedly found problematic, as well as some plot holes. We mean, who better to critique than Oscar-nominated Greta Gerwig?

Oh, and according to Hunt’s version of events, Gerwig talks loudly and checks her phone throughout like many movie fans.

Digital Spy has reached out to Gerwig for comment.

While she may not have been the hugest fan of I Feel Pretty, one thing that Gerwig is a big fan of is London’s West End theatre as she said that she would “love” to work there.

On top of that, she is a big fan of Brit filmmaker Mike Leigh. We’d love to see her reaction to Abigail’s Party live tweeted.

Where you at, Jaye?