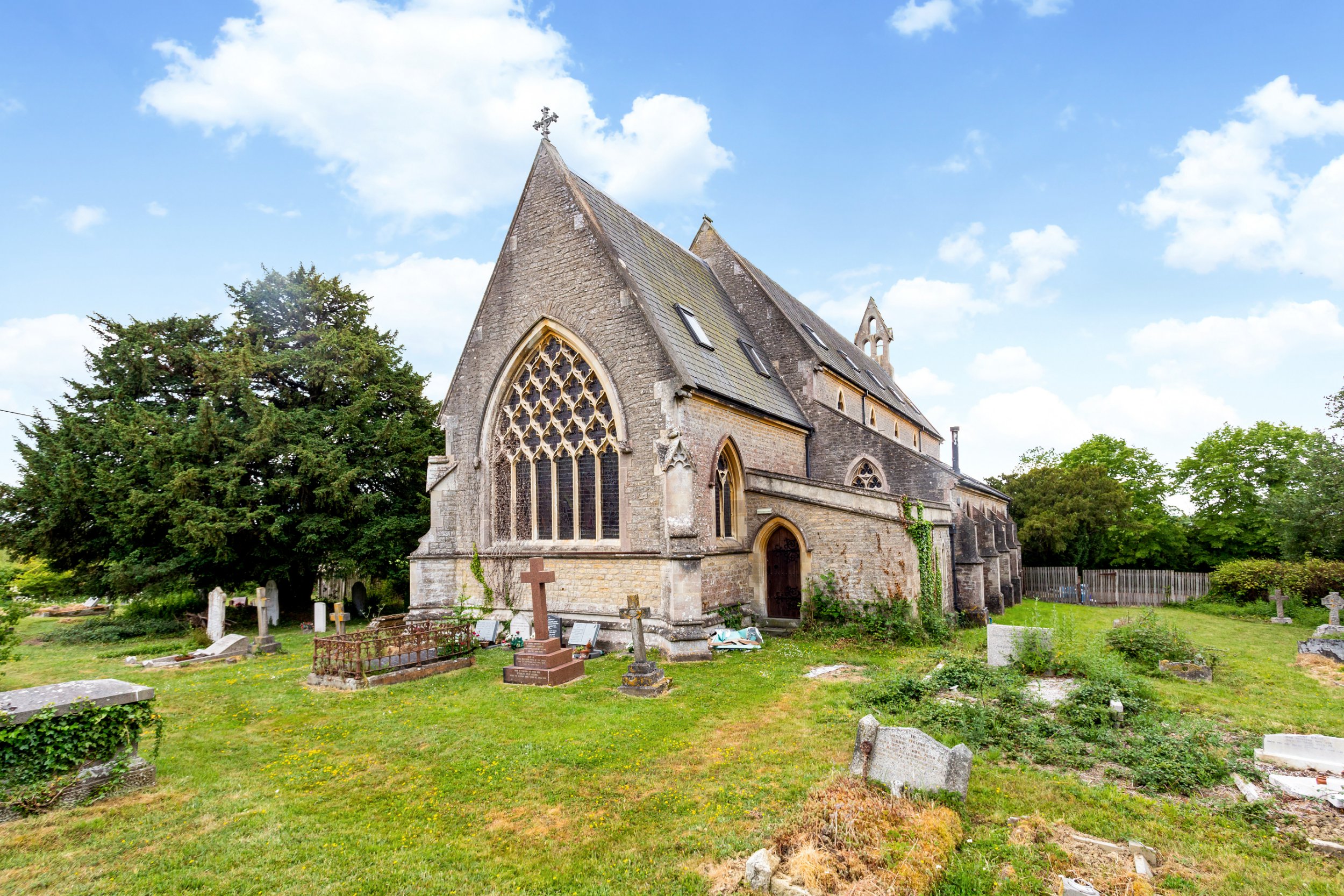 If you love stained glass windows, Gothic arches, and vaulted ceilings – and aren’t too terrified of ghosts – this might be your dream home.

The Grade II listed Church of the Holy Trinity, in Heywood, Wiltshire, was built in 1849, but a few years ago was lovingly transformed into a luxury house.

But one small warning: the house is next to a graveyard.

You could be bothered by that, or you can look on the bright side: at least you wouldn’t have to deal with noisy neighbours.

The property itself is pretty lovely, too.

The church was last used in 1981, after the congregation was merged with another parish.

In 1989, it was then sold to an architect, who converted the building into an office space and rented it out.

Next, in 2014, artists Trevor and Darlas Waugh bought the place, and this time converted it from a commercial property into a home and studio to display their work.

They were careful to maintain many of the original features from the building’s first life as a church, including a carved stone pulpit and those stained glass windows we mentioned earlier.

Now, they’ve put the home up for sale for the first time ever, at the price of £750k.

In terms of interiors, the home offers 5,157 sq ft of space, with a large reception room, kitchen, bathroom and sauna on the ground floor, two bedrooms on the first floor, and another bedroom and two studios (which you could convert into great home-working spaces) on the top floor.

Outside is a garden, but some land with grave stones has been kept by the church.

Darlas, 59, said: ‘We wanted space and somewhere we could show our work and this was one of those places you walk in and it just takes you over.

‘It’s a beautiful building, a lovely atmosphere, we were hooked.

‘The property had been a commercial building so it had really old night storage heaters and we had to sort out all the electrics. There was no kitchen and no bathrooms. It was a lot of work.

‘It was more space than we needed and we were fearful because of the scale of it, but it’s actually quite an easy property to live in.

‘It’s not a run-of-the-mill property, but I think anybody could live there, we’ve had a really eclectic mix of people viewing it. I would just like it to go to someone who’s going to love it as much as we do.’

Neal Wood, from estate agents Hamptons, who are selling the property, added: ‘It is an absolutely stunning property.

‘In many respects it is a classic church. When you walk in you immediately get the feel of a place of worship but at the same time it’s not overpowering.

‘The owners are both creative and have made enhancements to the property to create an incredibly comfortable environment.

‘It’s a great fusion of modern and period. Everybody that has walked through the door has said wow.

‘It’s very flexible accommodation, there are only two of them, but you could easily adapt it to have a substantial family living there and add bathrooms and things if you wanted to.

‘Something like a church is down to personal taste so it’s finding the right person who it appeals to but you don’t have to be religious to enjoy a property like this.

‘There are grave stones and the church still owns some land that abutts the property, but you do have a good-sized garden and there is a substantial area of carparking which has suited the current owners for their work but that could be used to create a garden suitable for a family to enjoy.’