Chris Hemsworth gets very Hemsworth-y – and by that we showing off his abs – in the trailer for his new movie Bad Times at the El Royale.

The movie follows seven strangers who all have something to hide and follows them over the course of one night as they meet at the run-down El Royale hotel, where everything goes to hell after the characters each get a shot at redemption.

Amid the delight of seeing Hemsworth’s chest, however, the trailer is pretty dark, featuring everything from people being shot and gagged to men in creepy masks, as well as a terrifying Hemsworth himself.

Jeez, this hotel makes the Bates Motel look like a fun holiday getaway.

Bad Times at the El Royale boasts a pretty great cast, however, with Jeff Bridges, Dakota Johnson, Jon Hamm and Nick Offerman all tangled in this dark web.

When he’s not dancing with his abs out and looking pretty sinister, Hemsworth has been trying to save the universe as Thor, and has been opening up about the next Avengers movie. 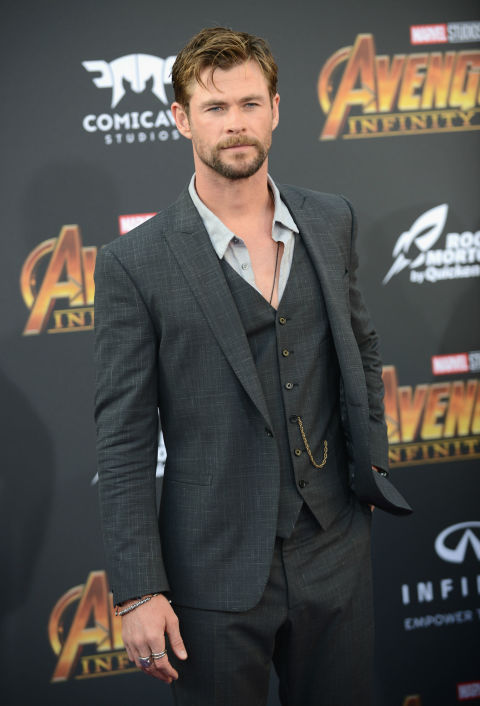 In a new interview, he admitted that Avengers 4 would be “more shocking” than Infinity War, saying: “The second [film] I’m probably even more excited about. Just for people to see. I just think it’s another step again.

“Each step we seem to take with these films, I’ve loved the fact that there’s been growth and evolution and it continues to surprise people as opposed to sort of flatlining, which was obviously always a fear…”