The Bachelor and The Bachelorette have fans, but also a lot of critics. It turns out Kelly Ripa is one of those critics and wasn’t afraid to slam the shows on her talk show.

Host Chris Harrison and creator, Mike Fleiss has since responded to her comments. What did they have to say? Here is everything you need to know.

Kelly Ripa said she is disgusted by The Bachelorette

The talk show host revealed why she can’t get behind the long-running reality show. She has a big problem with the premise.

When her Live With Kelly and Ryan co-host, Ryan Seacrest started talking about the new season of The Bachelorette she was confused on why it wasn’t Cassie Randolph after she turned down Colton Underwood on The Bachelor. “Oh, it’s an entirely different person?” she asked. “You guys, you know how I feel about the show, it disgusts me.”

She continued, “I can’t stand the idea of 25 exceptional women fighting over one ordinary fella, in my opinion. You know how I feel, ladies, we are too special to be arguing over a guy.” She then added, “Having said that, all of you women watch that gross, gross show.”

What about The Bachelorette when women get to choose between close to 30 men? The host said the spinoff is “just as creepy.”

Chris Harrison tweeted that Ripa is coming for Bachelor Nation 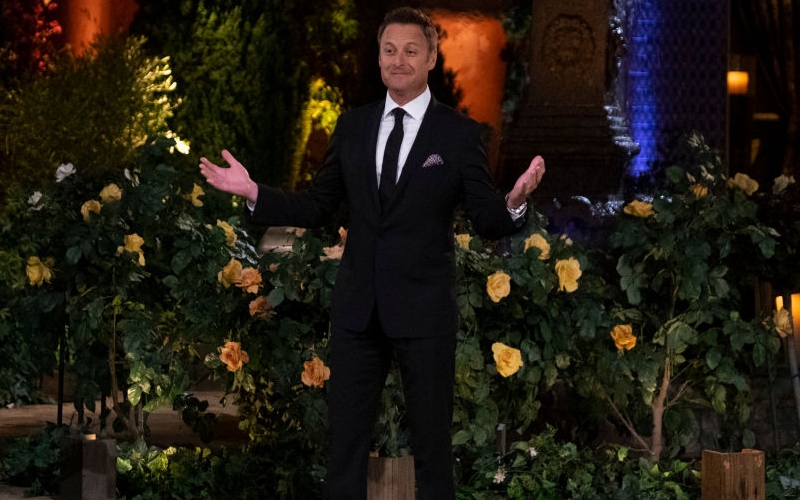 The fans of the show are referred to as “Bachelor Nation.” The show’s host tweeted a call out to them with a link to an article about her comments.

He wrote, ” Look out #BachelorNation ⁦@KellyRipa⁩ is coming after you and your “disgusting” Monday night habit.”

This certainly isn’t the first time Harrison has defended the show from accusations of sexism. The Bachelorette got a lot of flack when it had two stars for the first episode of Season 11 with Kaitlyn Bristowe and Britt Nilsson. In the end, the men got to vote which one of them got to stay.

Harrison still claimed the premise wasn’t sexist. “Kaitlyn and Britt will have 100 percent of the power,” he told Nightline. “The duel bachelorette thing is going to last all of one night, and then she will be 100 percent in control the rest of the time and calling the shots.”

He also dismissed the accusation with The Daily Beast. “We’re just victims of our own success,” he said. “If we are sexist, we’re equal opportunity sexists,” he said referring to The Bachelorette. Harrison isn’t the only one from the show who has reacted to Ripa’s comments.

The awkward thing about Ripa’s comments is that her show is on the same network as the dating show. Mike Fleiss created The Bachelorette and took a shot at Ripa on Twitter.

“Easy, @KellyRipa … #TheBachelor franchise pays your salary!” he tweeted. It’s obvious that the franchise is a big moneymaker for the network since it’s been on for so long. So the creator’s tweet is connected to that.

We will have to wait to see if Ripa will respond to the tweets. But it’s probably safe to say she won’t be joining Bachelor Nation any time soon.