Andrea, 49, was the second contestant to leave Celebrity SAS: Who Dare Wins at the weekend as she contracted hypothermia, leading to a voluntary withdrawal from the Channel 4 survival series.

The Loose Woman panelist followed in the footsteps of MP Louise Mensch, 47, who left the show in the first episode after she sustained a leg injury, forcing her out of the competition.

Following her departure from the competition, Andrea appeared alongside Love Island star Camilla Thurlow, 29, and SAS instructor Jason Fox, 42, on This Morning to discuss her experience.

However, as she went into greater detail about her time on the show, Andrea made a comment to Camilla, which could have possibly revealed the former reality show star as one of the triumphs of the all-star series.

I didn’t do as brilliantly as Camilla

The trio joined This Morning hosts John Barrowman, 52, and Rochelle Humes, 30, where the latter asked Andrea: “You gave it a good old go though, didn’t you?” after the Loose Woman spoke about her exit from the show.

Andrea replied: “I did and for me I’m really proud.

“My body let me down in then end and what’s so interesting, people think a menopausal woman, it’s all about hot flushes and this sort of thing.

“What it’s about also, your body can’t regulate it’s temperature. So essentially, I got very, very cold and couldn’t warm myself up again.”

However, Andrea then turned to Camilla and commented: “So for me, although I didn’t do as brilliantly as Camilla,” before taking a slight pause.

The Loose Woman then continued: “Because you’re rocking. She’s a warrior,” praising her fellow SAS recruit. 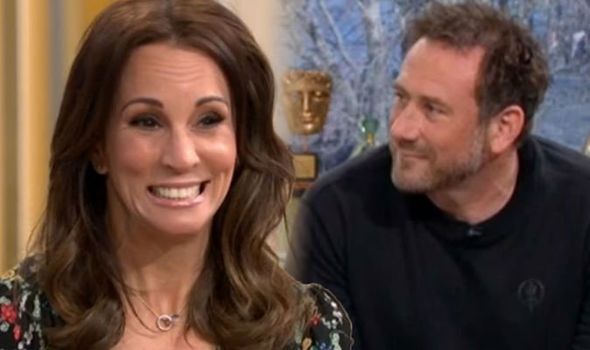 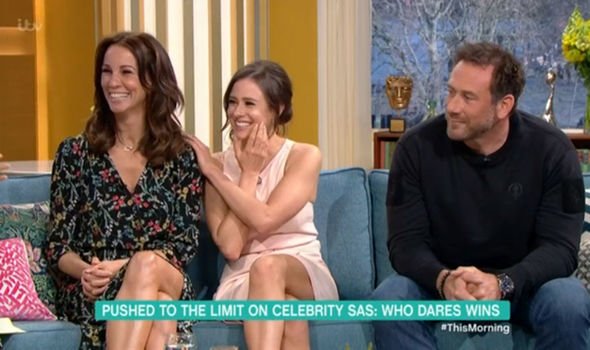 However, Andrea’s comment could have been completely innocent and she simply made the remark with the intentions of praising Camilla.

Though, fans of the show will have to wait and see who is actually crowned champion when the series concludes in several weeks time.

Speaking about why she decided to take part in the show, Andrea said: “I’m a big fan of the show,” before explaining she thought it would easier than the civilian series. 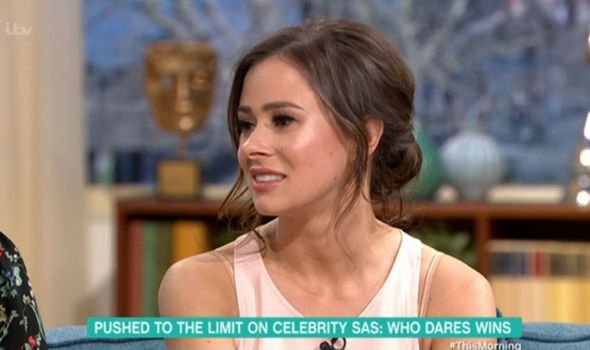 “There is a bit of you that thinks it can’t be that hard,” Andrea remarked, before adding: “The reason I wanted to do it because I’m 50 this year.

“I’m the oldest woman to have done it and I wanted to see where my line in the sand was,” Andrea continued.

With Camilla still competing on the show, she will face tough competition from her fellow recruits, including Made in Chelsea star Sam Thompson, 26.

Speaking with Express.co.uk, the reality show star admitted he considered taking drastic measures to ensure his place in the survival challenge.

Referring to a moment he was walking up a mountain, Sam said: “I thought, ‘I think I’m going to cheat here’.”