Retrospective special The Price Is Right Celebrates 50 Years on CBS was the big winner of the final Wednesday primetime of 2021.

Earning a 0.6 rating in the 18-49 demo and 4.95 million viewers, the repeat airing of the CBS special led the pack as the night’s highest-rated and most-watched program. Not too shabby for a rerun, considering that previous repeat broadcasts haven’t earned beyond a 0.5 demo rating since the primetime holiday break started. This is the second week in a row that CBS has won Wednesday primetime with The Price Is Right-related content. Last week, CBS ruled Wednesday with The Price Is Right at Night (0.5, 4.90M).

That said, other networks’ repeat-filled primetime slates on Wednesday didn’t perform as well. Following its black-ish marathon on Tuesday, ABC’s Wednesday schedule thrust The Wonder Years into the spotlight. At the top of Wednesday’s six-episode marathon, The Wonder Years earned a 0.3 demo rating and brought in 2.11 million viewers.

Heading into New Years Eve, Thursday Primetime will offer up more repeats, a showing of Frozen on ABC and Fox’s All Madden, a tribute to recently deceased NFL coach and broadcaster John Madden. Madden died Tuesday, he was 85. 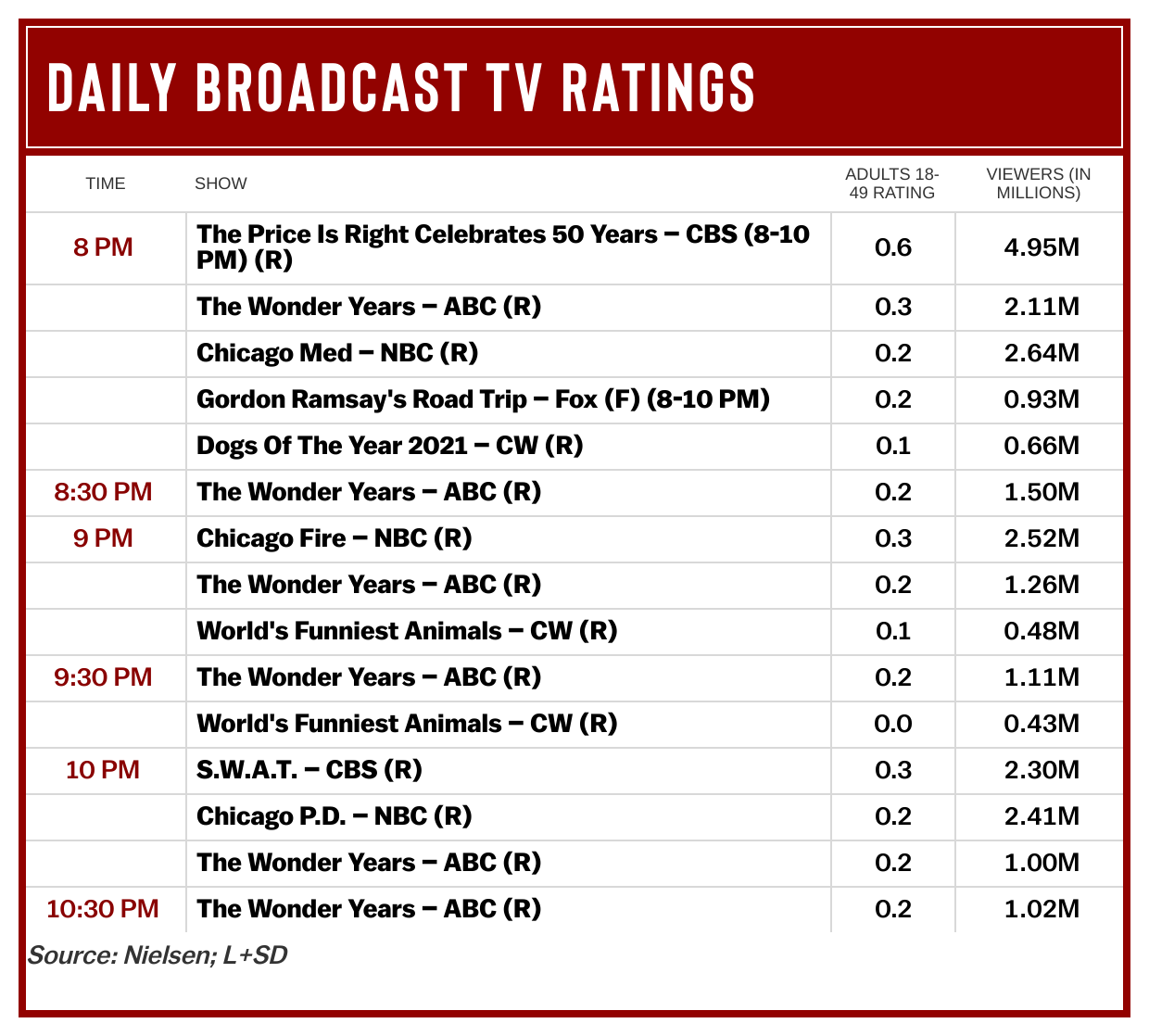