In what appears to be a monumental screw-up, Cartoon Network has spoiled the series finale of Steven Universe after dropped as-yet-unseen footage from the show.

The incident came earlier as the broadcaster shared a trailer for their new podcast Drawn, which talks about the history of animation.

However, included in the footage of creator Rebecca Sugar and Steven Universe‘s former supervising direction Ian Jones-Quartey was footage from episodes yet to air.

The clip has since been deleted and replaced with a new less spoilery one (above), though the damage has already been done as a number of fans have expressed outrage.

And don’t worry, we won’t spoil anything for you here.

Digital Spy has reached out to Cartoon Network for comment.

Among those rightfully slamming the network is Jones-Quartey himself, who in a series of since-deleted tweets (via Gizmodo) reportedly claimed that no one on the show’s production team gave approval for the footage to be included. 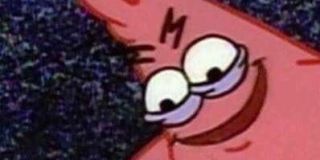 He later wrote: “And to follow up, one mistake does not mean the whole channel is at fault. We truly do work hard to do right by our fans.

“It’s one mess-up on one video, not the company as a whole,” Jones-Quartey added, promising “more surprises” to come in the show.

Steven Universe, which has aired since 2013, follows the adventures of the titular character who lives with a group of magical humanoid aliens in the town of Beach City.