It kicked off after Offset referred to Cardi as his "wife" during Sunday night's BET Awards and they've now spoken out via social media. 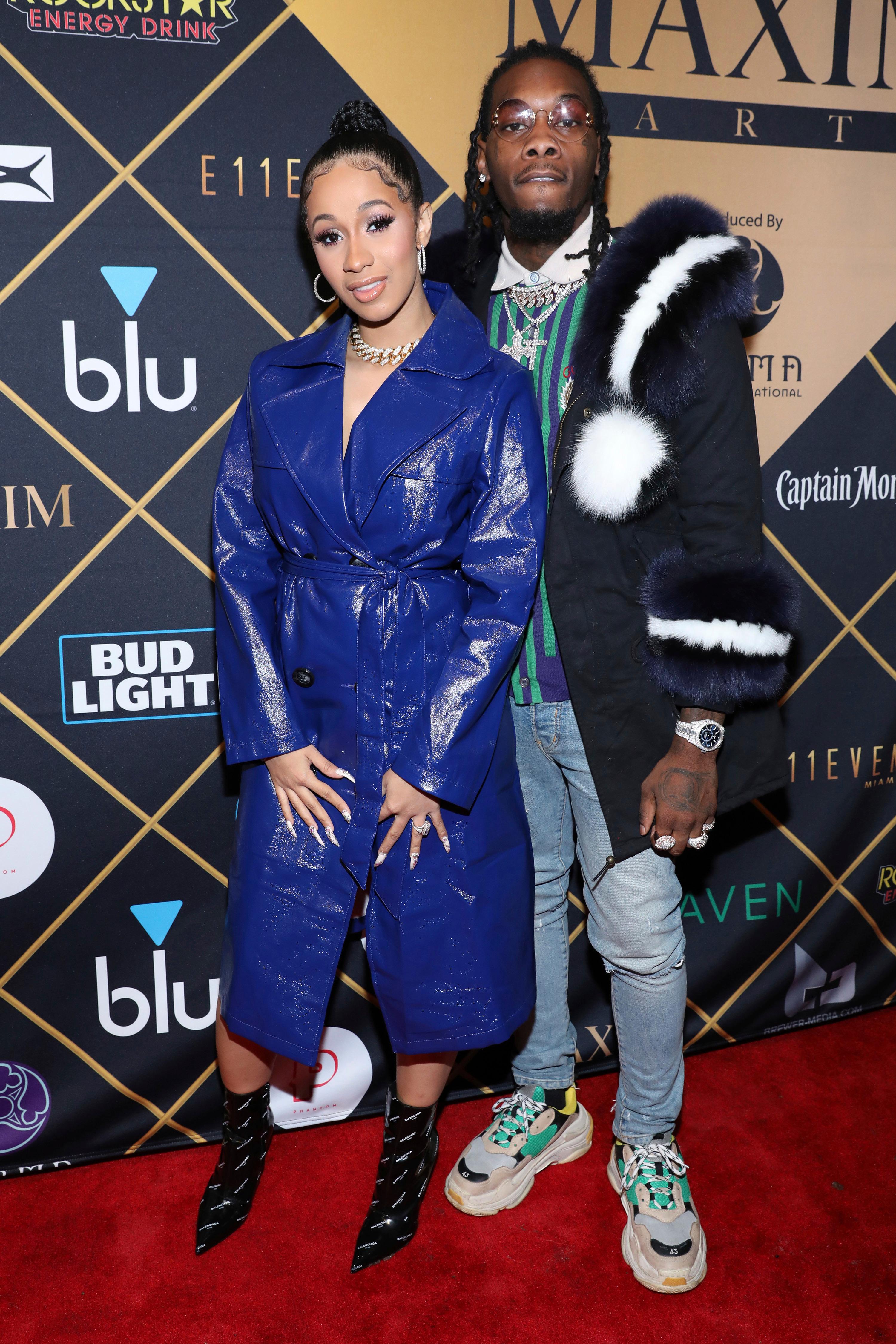 25-year-old Cardi – otherwise known as Belcalis Almanzar – told fans: "There are so many moments that I share with the world and then there are moments that I want to keep for myself! Getting married was one of those moments!

"Our relationship was so new, breaking up and making up, and we had a lot of growing up to do but we was so in love we didn't want to lose each other."

She confirmed: "It was one morning in September we woke up and decided to get married. We found someone to marry us, and she did, just the two of us and my cousin.

"I said I do with no dress, no makeup and no ring!" 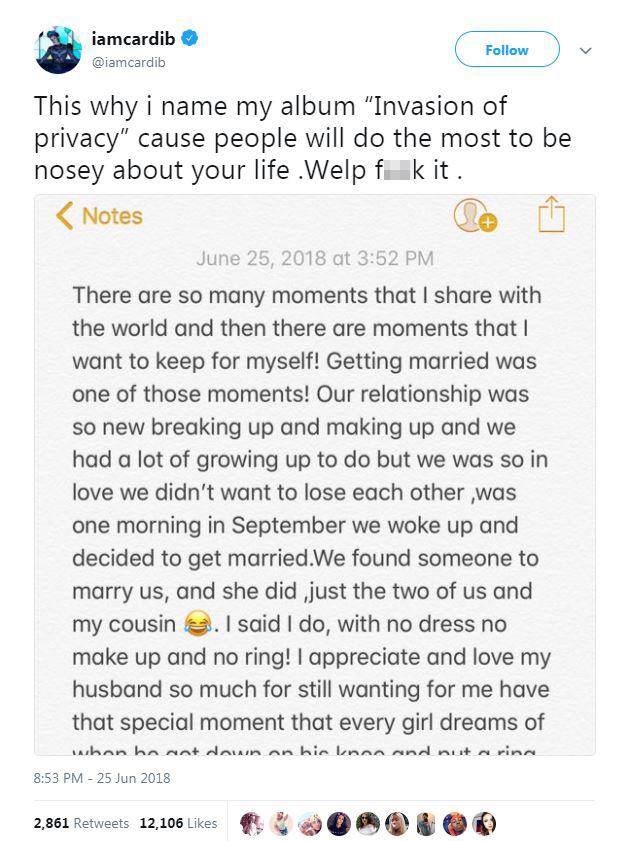 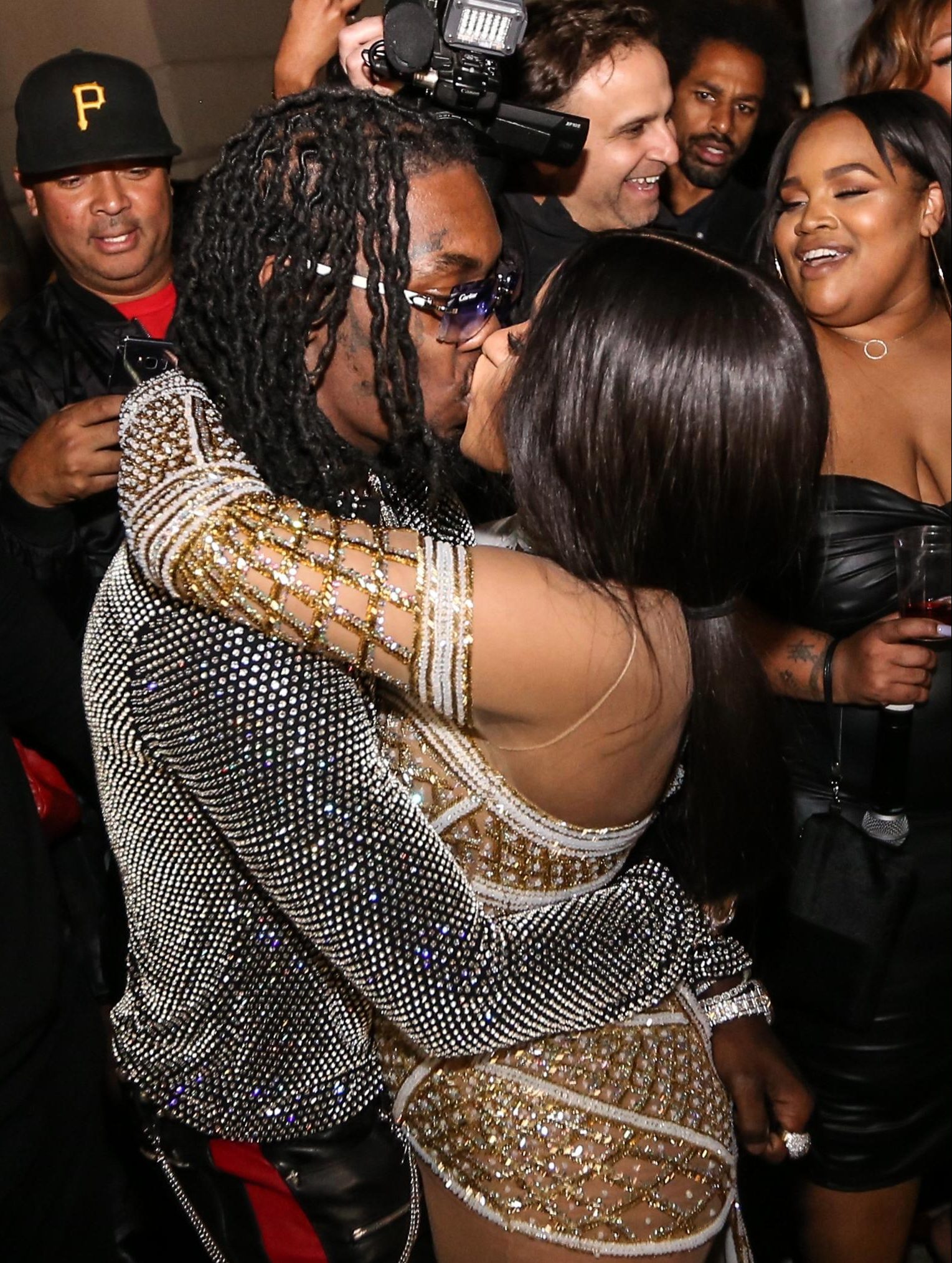 Fans were confused as Cardi and Offset got engaged publicly last October – but she has now claimed that they were already married at the time.

Cardi explained: "I appreciate and love my husband so much for still wanting for me to have that special moment that every girl dreams of when he got down on his knee and put a ring on my finger and he did that for me!!"

Cardi – who is expected to give birth to the couple's child very soon – concluded: "Well now since you lil' nosey f***s know at least ya can stop saying I had a baby out of wedlock."

Offset referred to Cardi as his "wife" while his group Migos accepted the gong for best group at the BET Awards. 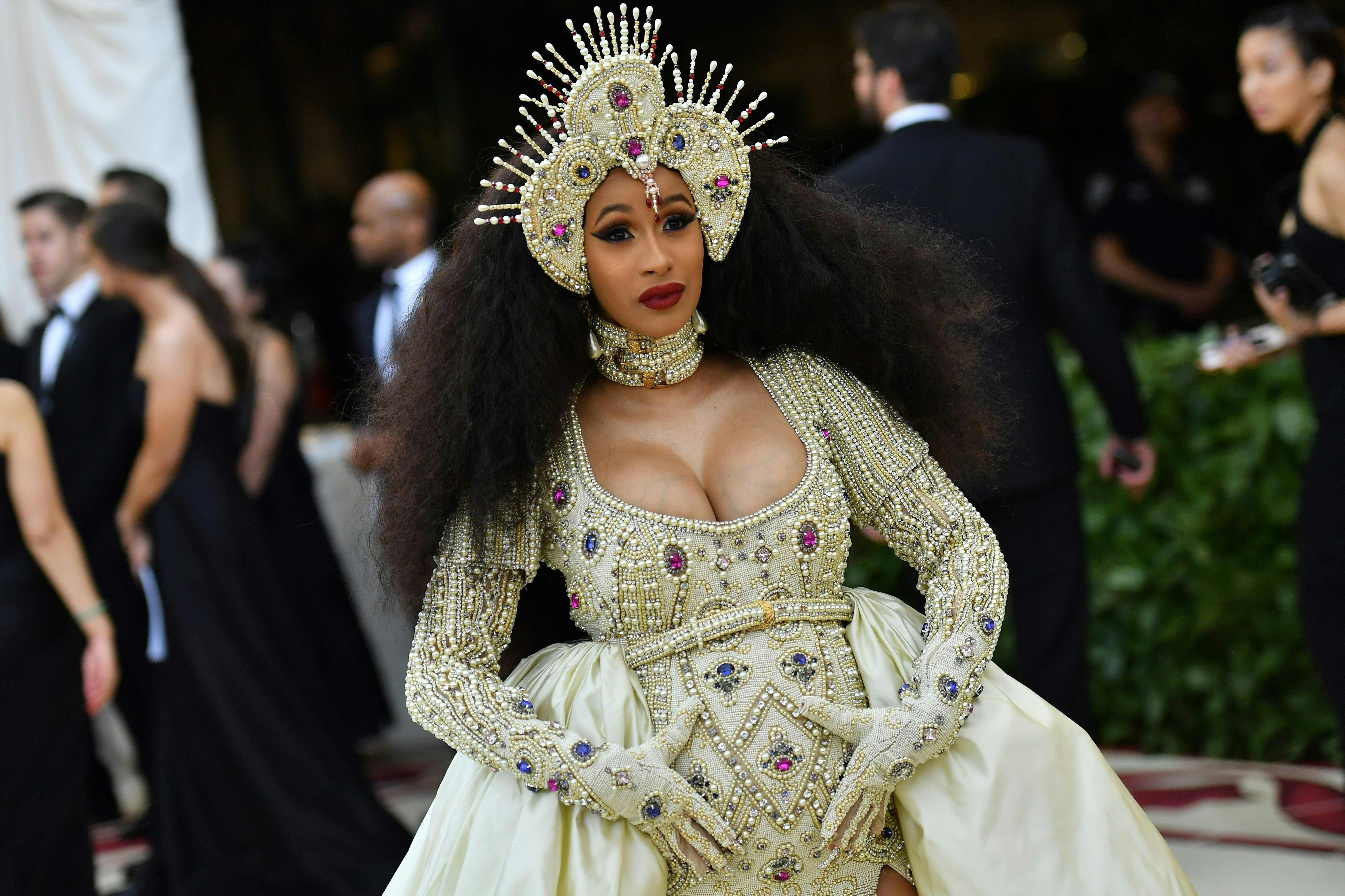 He said: "Thank God, I thank my wife, you should thank yours."

Cardi B wasn't present at the awards bash due to her heavy pregnancy.

Offset is yet to comment on social media about their private ceremony.