Avengers: Infinity War is currently storming its way to the top of the box office, so you’d be forgiven for forgetting the other Marvel-ous MCU flick on the horizon, Captain Marvel.

Both Brie Larson’s Captain Marvel and Samuel L Jackson’s Nick Fury have been absent from the Avengers promotional material, but now we’ve got our first look at the duo filming scenes for Marvel’s superhero prequel.

The movie – which is set way back in the ’90s and is thought to introduce Skrulls into the MCU for the first time – will feature a young Nick, back when he had hair, two working eyeballs and the same sassy attitude (we imagine). 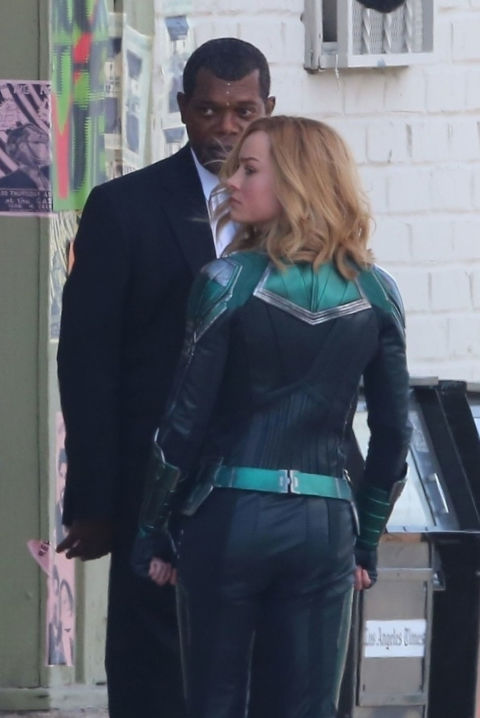 The image shows Jackson speaking with the currently green-suited Captain Marvel. If you look closely, you’ll notice he’s got three dots on his forehead, which will likely be used to CGI-away the few wrinkles Sam has on his forehead.

Can you believe this fella is actually 69 years old? 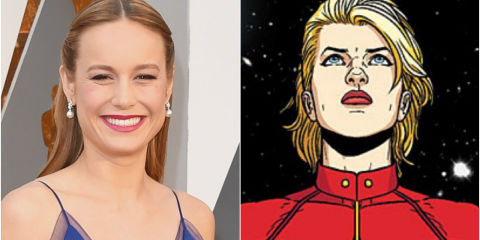 Other cast members for the film include Algenis Perez Soto (Sugar), Rune Temte (Eddie the Eagle) and McKenna Grace. Previously announced were Jude Law as Mar-Vell, Gemma Chan as Minn-Erva, as well as Lashana Lynch and Ben Mendelsohn.

The movie marks the first time Marvel has invested in a female-led solo superhero film, trailing behind DC’s Wonder Woman last year. A long-awaited solo Black Widow movie is also thought to be in the works.

If you’ve seen Avengers: Infinity War, you can head this way to read about all the questions that still need to be answered, along with a dedicated explainer on THAT post-credits scene.