Bridgerton might just be the perfect holiday binge watch. The new Netflix series from executive producer Shonda Rhimes and showrunner Chris Van Dusen is like Jane Austen crossed with Gossip Girl. The Regency-set show follows a young woman named Daphne Bridgerton (Phoebe Dynevor) who is making her debut on London’s ultra-competitive marriage market. As she’s introduced to high society, she meets Simon (Regé-Jean Page), the Duke of Hastings and a very eligible bachelor. The two initially insist they want nothing to do with each other, but they can’t deny their attraction.

‘Bridgerton’ is based on a book by Julia Quinn 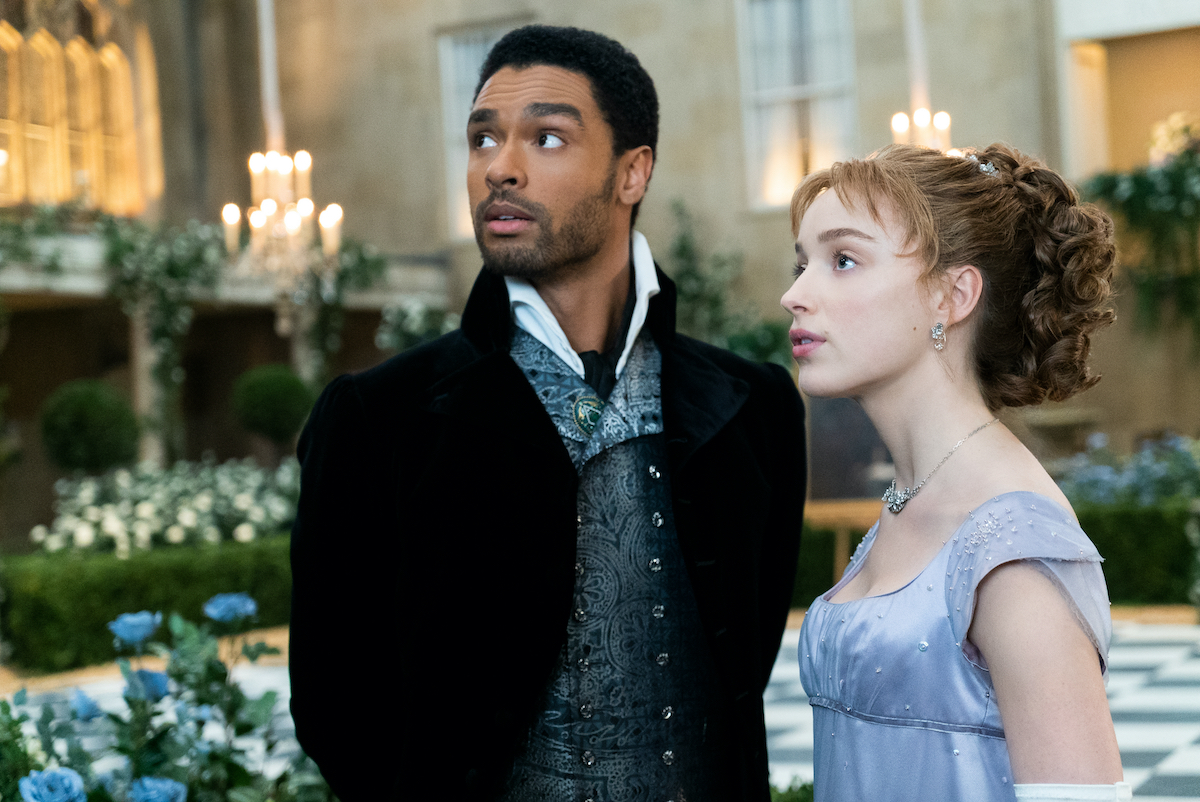 With just eight episodes, Bridgerton flies by all too quickly. While there’s no official word on Bridgerton Season 2 (though there are rumors production will begin soon), there’s another way to dive into the world of the series.

Bridgerton is based on a series of historical romance novels by Julia Quinn, which are set between 1813 and 1827 and follow the lives of Daphne and her seven siblings, all children of the late Viscount Bridgerton. Season 1’s story comes from The Duke and I, the first book in the series, which was first published in 2000. Quinn followed that book with seven more novels, including The Viscount Who Loved Me and An Offer From a Gentlemen. There is also a bonus collection of short stories and two novellas that focus on Lady Whistledown, the anonymous gossip columnist who narrates the Netflix series. (The character is voiced by Julie Andrews.)

Julia Quinn says her stories have a ‘fairytale-like quality’

In an interview, Quinn talked about what it was like to have her books turned into a Netflix series.

“Everyone was in shock,” after the Netflix series was announced, she told Shondaland. “There was no blueprint for [film and television] adaptation in our genre,” she added. “There’s been maybe a few Hallmark movies, but only for contemporary romance.”

As for the appeal of Regency romances, which are set in the early 19th century, Quinn has a theory.

“It’s far enough in the past that it’s imbued with a fairytale-like quality in ways that something set in the 20th century can’t be,” she said. “And it’s close enough that people behaved in ways that were still fundamentally very similar to modern people.”

She thinks fans of the books will love ‘Bridgerton’

Many people will likely discover Quinn’s books through the Netflix series. But the author told Shondaland she thinks longtime fans of her work will also enjoy the show.

“I think most of them are going to love it,” she said. “I would hope that most are taking their cue from me. I’ve seen some who have said they’re nervous — I get that. I’m nervous, too. But to me, that’s a compliment.”

Still, readers should expect some differences between the book and the TV show.

“I’ll just say, it’s not a word-for-word adaptation and it shouldn’t be,” Quinn added. “But the characters and the plot are absolutely true to who and what they were in the book, and remarkably so.”