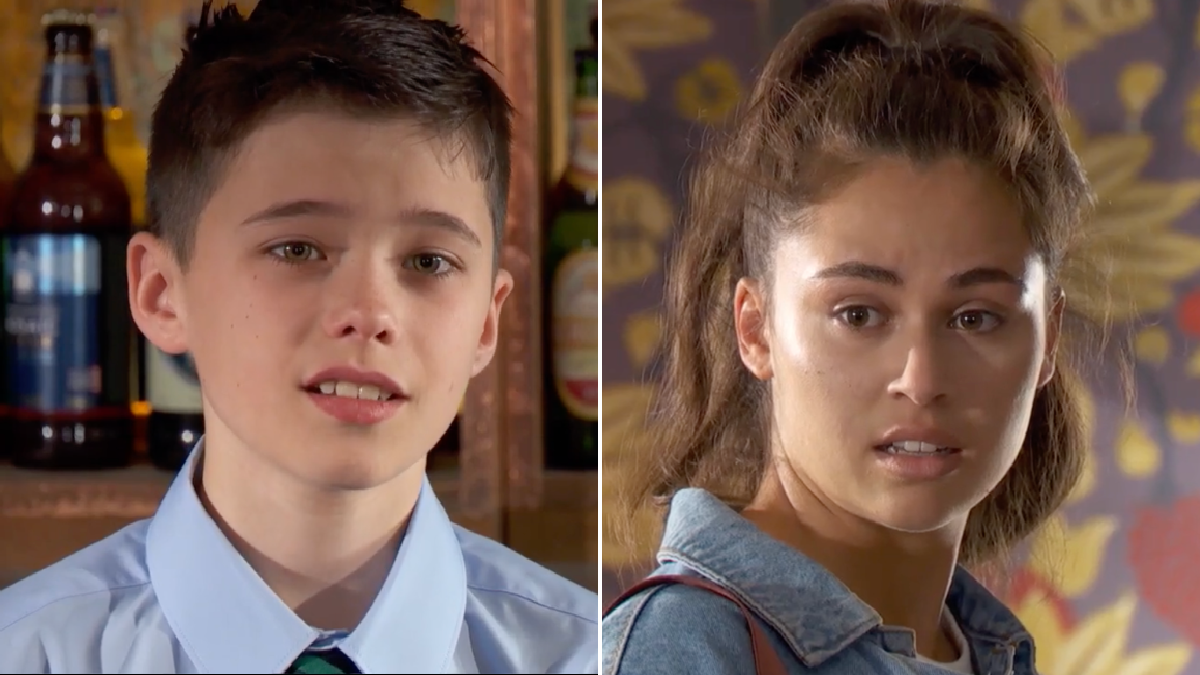 Hollyoaks is no stranger to a shock or two, but the latest has well and truly blown our minds, as Bobby Costello (Jayden Fox) is Cher McQueen’s (Bethannie Hare) mystery online acquaintance Jade!

Yes, you read that right!

Bobby, as in Mercedes’ (Jennifer Metcalfe) little boy, who resides with her in The Dog.

Cher, as viewers know, has been confiding in the mysterious Jade for a number of months, after feeling isolated by her nearest and dearest.

Jade, however, soon proved to be untrustworthy, issuing her with her dangerous advice – such as poisoning Mercedes in the wake of a betrayal – and ghosting her when she needed support.

This, coupled with the online trolling and Sylver’s (David Tag) decision to wash his hands of her, left Cher feeling completely and utterly alone, and in Tuesday’s (September 21) edition of the Channel 4 soap, she attempted to take her own life.

Sylver found her before it was too late, and Mercedes subsequently reiterated to Cher that there is always a way out, no matter how dark it gets.

The Dog landlady offered her support, telling her that – despite not giving birth to her – she is her daughter, and she loves her.

Cher felt valued, but without Sylver, she didn’t feel as though she could stay in the village. Sylver was having a tough time wrapping his head around what transpired, but when he got wind of the fact that Cher had vanished, he set off to find her.

He successfully did just that, locating Cher at the bus stop. He apologised for not being there for her when she needed him, but promised that – from here on out – he would be, as they’re a family.

Cher smiled, and returned to the pub, ready to start anew. But first, however, she decided to call Jade to tell her to stay away.

But nearby, a phone started ringing. Perturbed, Cher turned around to see a nervous Bobby, clutching onto his device.

Did not see that one coming!

Cher was rendered speechless, as were Mercedes and Sylver. The question is: just why has Bobby been messaging Cher as ‘Jade’? What were his intentions?

You’ll just have to tune in tomorrow to find out!