Donnie Wahlberg shares behind the scene filming of Blue Bloods

Although CBS’ procedural drama Blue Bloods came to an end in May, fans could soon see the show return to screens for its 13th season. Actor Donnie Wahlberg who portrays Danny Reagan released a sneak preview of the instalment as he confirmed the cast had reunited for production.

Although showrunners and the cast have remained tight-lipped about season 13 there was some good news for eager fans.

Actor Donnie Wahlberg took to Instagram to show a Shark Week blimp when he confirmed production for season 13 had officially begun.

During the video, he said: “Shark Week baby,” before telling someone, “We’re looking at the shark week blimp”.

As he joked with the crew member, he added: “Don’t rush us, we’re on the set of Blue Bloods thinking about Shark Week, look at the water, could be sharks in there right now.”

READ MORE: ‘He didn’t like me’ Fern Britton opens up on ‘difficult’ TV co-star 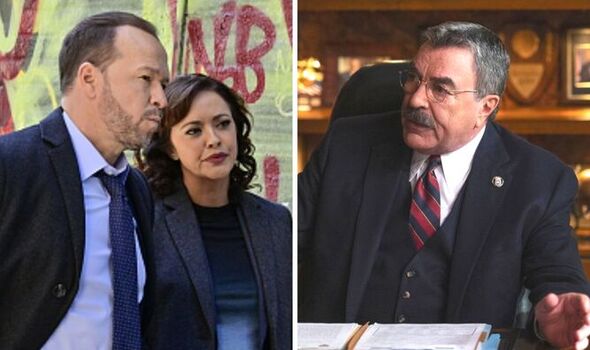 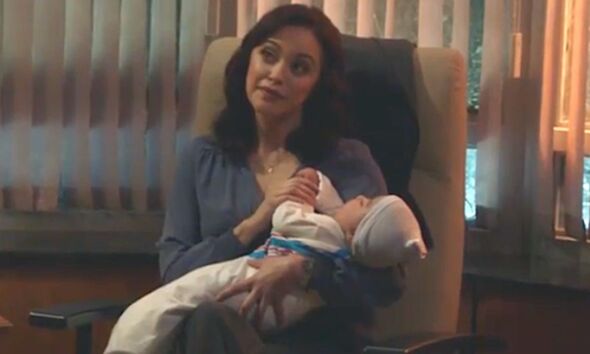 When season 12 came to an end, the finale closed on a life-changing note for two major characters.

During the weekly family dinner, Erin announced she was going to take a major step in her career by going for the role of district attorney.

This decision came after some major conflicts with the current district attorney Kimberly Crawford (Roslyn Ruff). 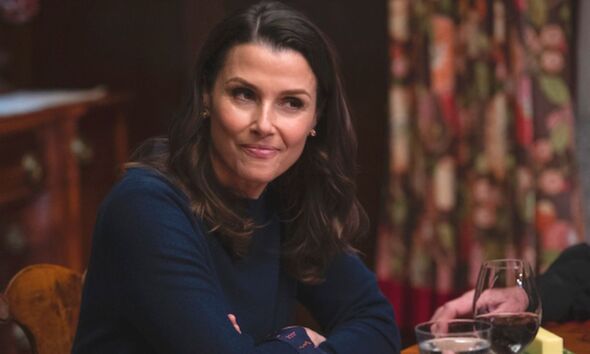 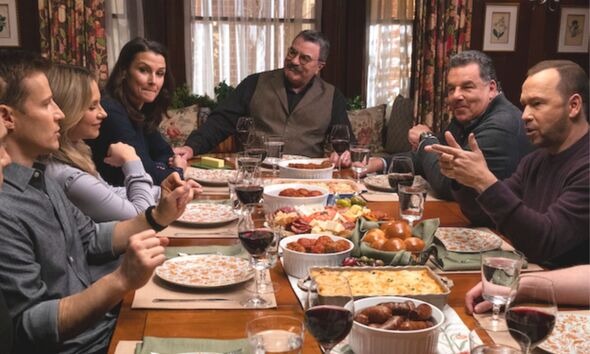 Another motivating factor for Erin was the fact Kimberly revealed she would no longer prosecute non-violent crimes.

This could cause a major issue for the close-knit Reagan family and it threatened her father Frank Reagan’s career as New York’s police commissioner.

Speaking on Erin’s upcoming storyline, showrunner Kevin Wade stated: “Doing the job she has, and challenging herself and being challenged about her fitness for the job she wants.

“And what she’s willing, and not willing, to do in order to get it.”

He added: “So plenty of horse-trading, soul-searching, and disruption with the powers that be, her partner Anthony, and especially her family.”

As for Maria Baez, she worked alongside Danny Reagan as professional partners on criminal cases.

However, it seems as though she may have to put her work life on pause after it was revealed she adopted a baby.

The newborn was left orphaned after a heartbreaking criminal case she worked on was eventually resolved.

This was a heart-warming surprise for fans who had noticed the character wasn’t in many episodes throughout the season.

Speaking to Danny, Baez said she had never thought of becoming a mother, however, she couldn’t stop thinking about the baby, whose parent died in an explosion as a witness.

As a single mother and a detective, Baez will likely become one of the main focuses of the instalment.

Blue Bloods season 13 will premiere on CBS on Friday, October 7.