The episode titled ‘Power to the Press’ followed NYC police commissioner Frank Reagan (played by Tom Selleck) as he tried to navigate through public backlash.

An uproar occurred after it was revealed an officer’s dash cam malfunctioned during an altercation with a civilian.

Due to his position in law enforcement, Frank was under pressure to release a statement to the public even before he had all the facts.

However, he wasn’t the only Reagan with his hands full as his adult children were also working through tough cases and investigations. 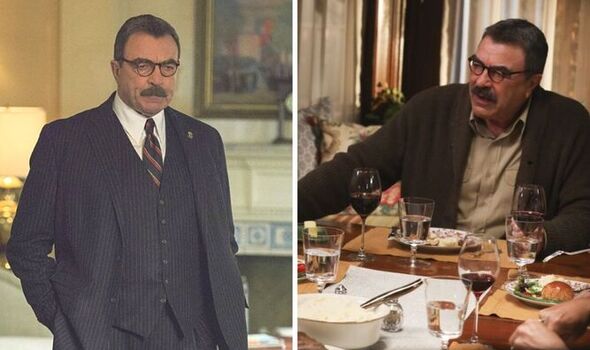 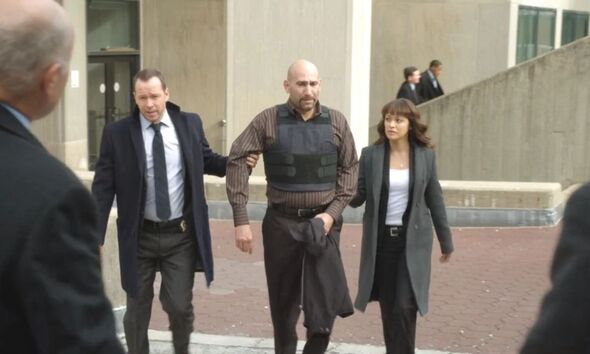 Detective Danny Reagan (Donnie Wahlberg) and his partner Maria Beaz (Marisa Ramirez) had to find a way to get a drug dealer in the witness protection program.

Even though the deal had gone through, the dealer was denied witness protection after he testified against a Kingpin drug lord.

The officers pulled out all the stops and were willing to go down with a fight for the homeless gent.

They even faced suspension for disobeying orders, which led Danny to tell Baez: “We’re going down in flames, we might as well finish what we started.” 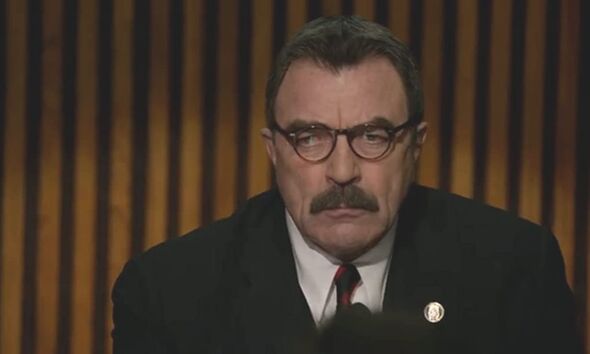 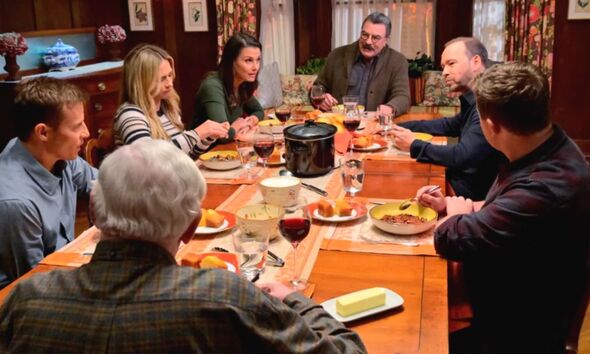 She was helping out her daughter Nicky’s (Sami Gayle) friend Hannah (Alexandra Socha) who had been raped by another student.

However, the assault had taken place three months prior so there wasn’t enough evidence to win a case, but Erin was aware the school had hidden evidence which would cause public backlash once it hit the press.

Towards the end of the episode, the family came together for their routine dinner where they would catch up.

It was during this Sunday dinner when a fan spotted and exposed the continuity error on a movie mistakes forum.

They wrote: “During the family dinner, while everyone discusses the use of body cameras Frank is wearing his eyeglasses.

“But in the shots facing Linda during the conversation Frank’s eyeglasses are gone.”

This error could indicate where showrunners cut the scene and the actor wasn’t reminded to put the glasses back on.

Its likely bosses will still go ahead with the errors even after post-production as retaking the scene as there may not be time to reshoot the scene.

The process costs and there could be scheduling conflicts between the actors to re-shoot the entire scene.

As Blue Bloods has been on screens since 2010 and is fast approaching its 13th season, fans could be in for more blunders.

Thankfully for fans, the upcoming instalment will be released later this year, even though season 12 came to an end in May.