But the bitchy slap-down was instead from the mouth of the man who plays the Baker Street super sleuth, Benedict Cumberbatch. 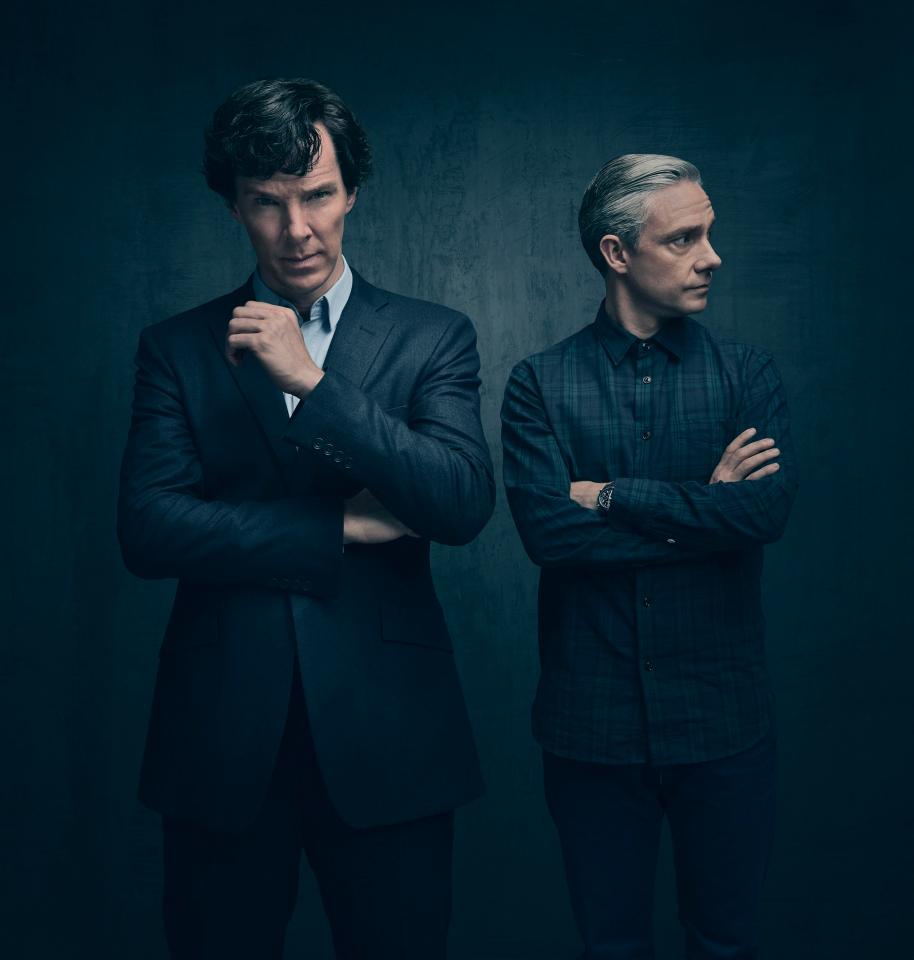 And the target was not quite Watson, but the actor behind the crime-fighting sidekick, Martin Freeman.

Benedict stunned fans last weekend by labelling Martin “pathetic” for moaning about the attention he receives from their hit show’s hardcore following.

For many in the showbiz world, the very public barb has finally lifted the lid on one of its most toxic feuds — a simmering row that now threatens the return of cult prime-time show Sherlock.

Benedict’s jibe followed an interview given by Martin last month in which he appeared to blame Sherlock’s obsessive fans for the lack of a fifth series of the BBC1 ratings winner. 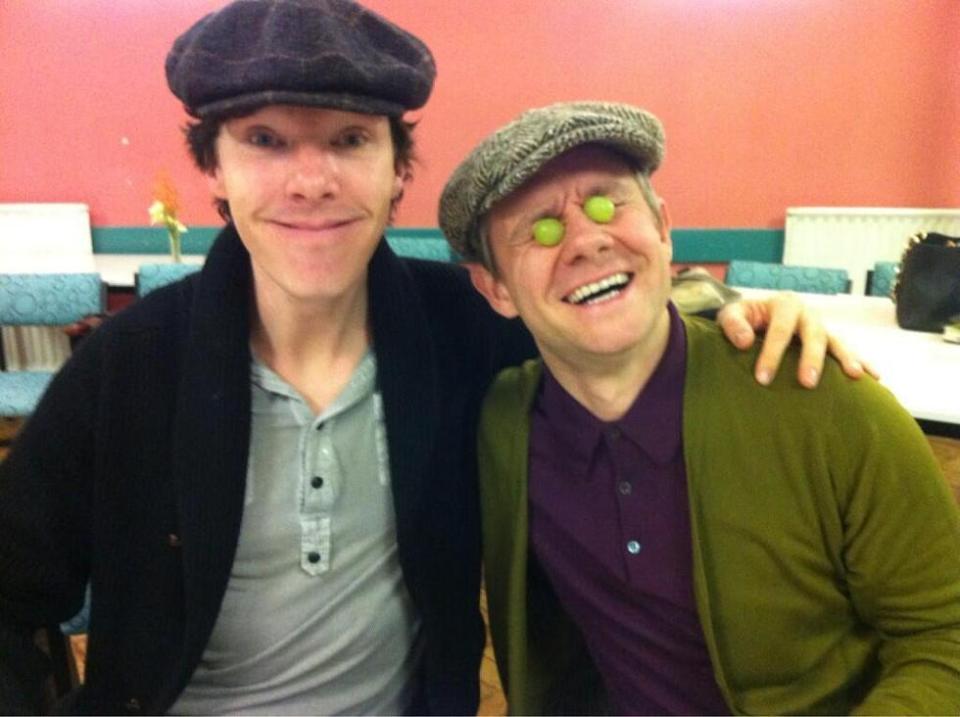 Martin huffed: “Being in that show, it is a mini-Beatles thing. People’s expectations, some of it’s not fun anymore. It’s not a thing to be enjoyed, it’s a thing of: ‘You better f***ing do this, otherwise you’re a c***.’ That’s not fun anymore.”

Benedict hit back in an interview at the weekend, blasting: “I’m very grateful for the support, but that’s about it.

“It takes on its own thing. But that happens with every franchise or entity like this.

“It’s pretty pathetic if that’s all it takes to let you not want to take a grip of your reality. What, because of expectations? I don’t necessarily agree with that.” 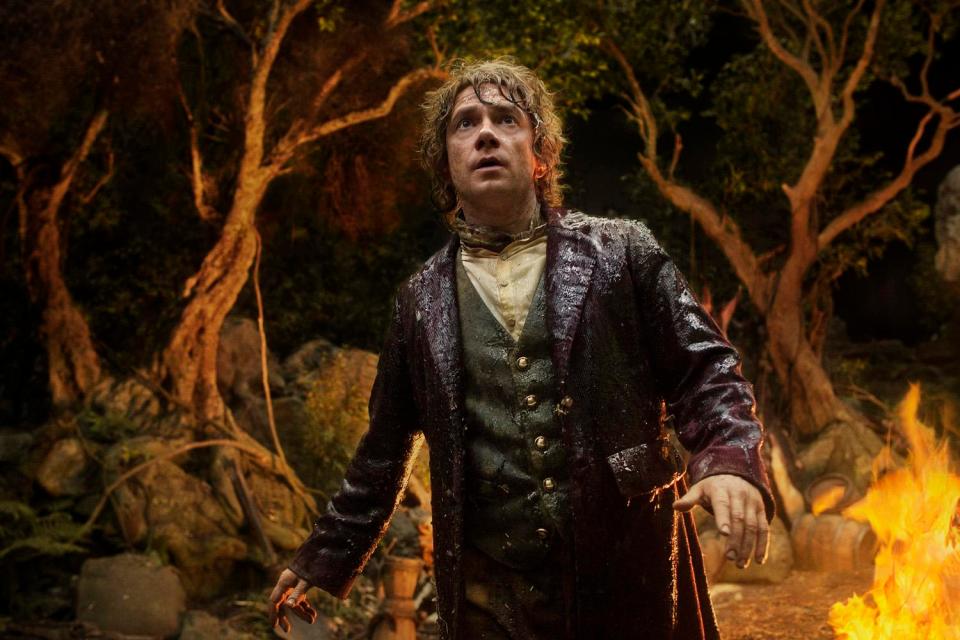 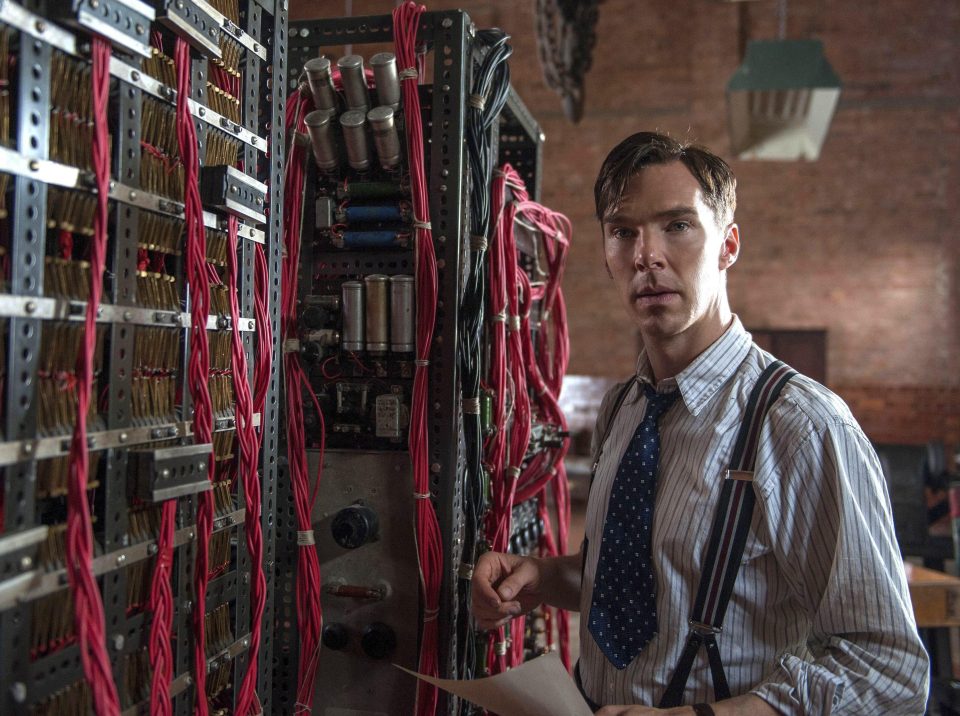 Cue a chorus of gasps from luvvieland. Could it be, they asked, that the cat was finally out of the bag?

The war of egos between the two Brit stars has threatened to boil over since they were cast as Sherlock Holmes and Dr Watson in the series in 2010.

Indeed, so frosty is their relationship that insiders say it is the only thing holding back a fifth series.

Said one: “Benedict and Martin will never be best mates — they’re not even close. They’ve remained professional in public as the series got more and more popular but there was always a concern their relationship could break down. 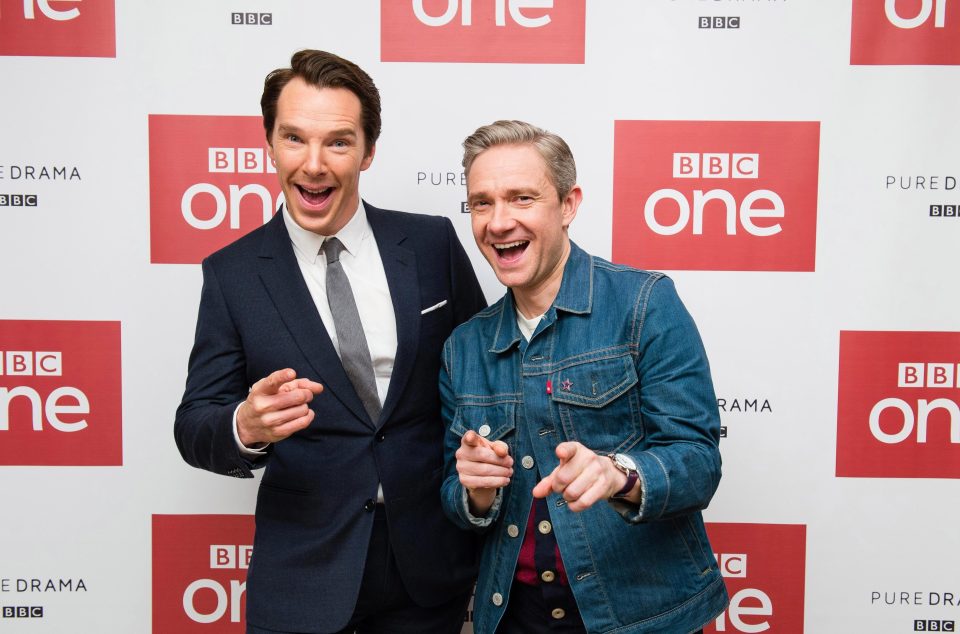 “Now it’s firmly at that point.”

Indeed, the duo are said to have rarely spoken between takes when filming the show and were even more rarely seen hanging out together off camera – despite posing for a humorous BBC PR snap during a script reading in 2013.

The pair’s rivalry kicked in as soon as they were cast by creators Mark Gatiss and Steven Moffatt. 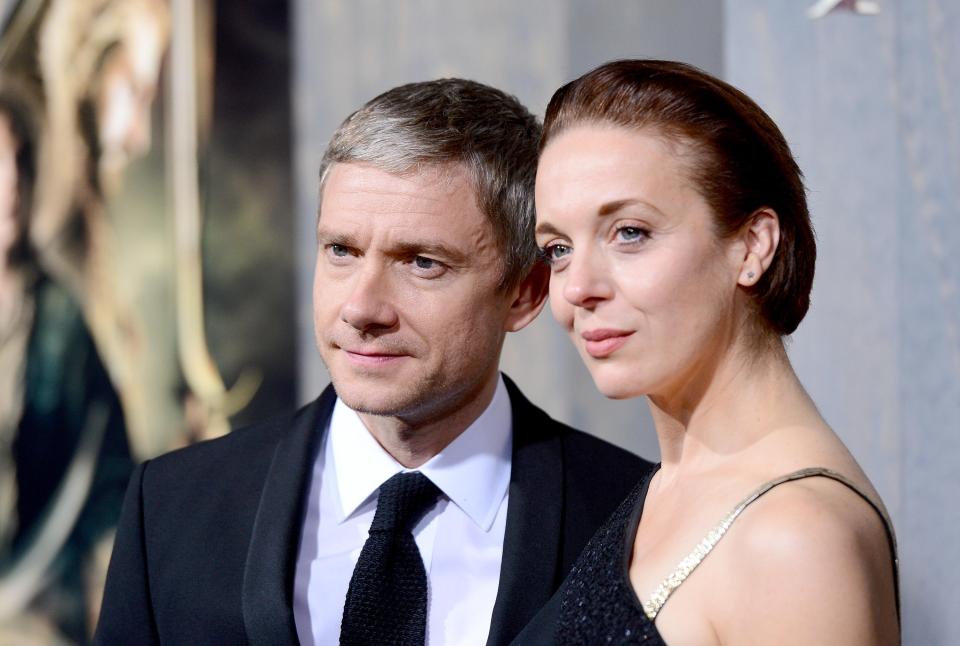 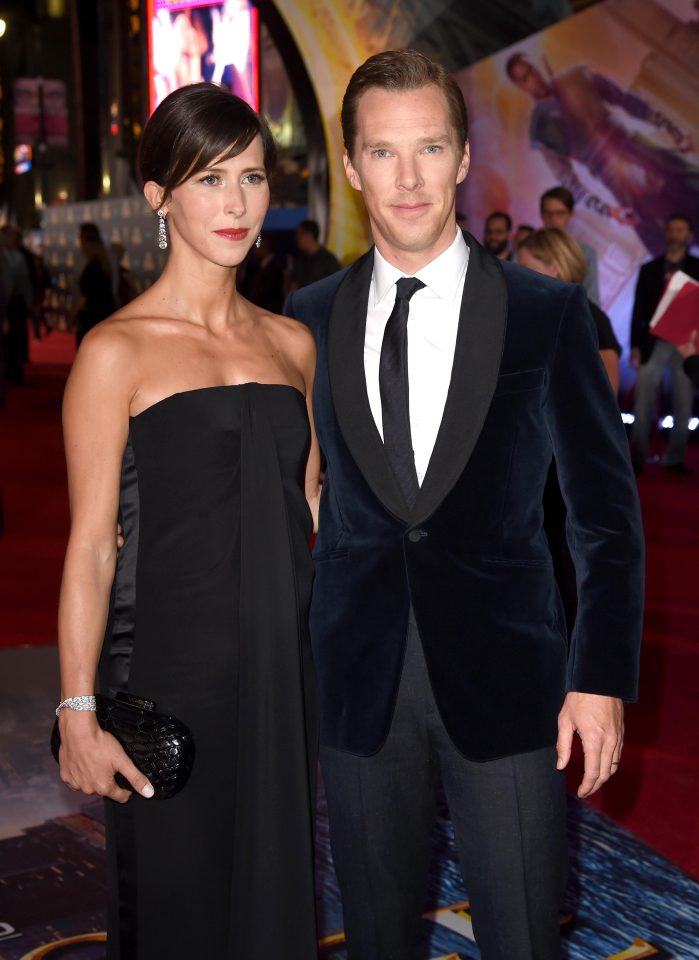 Both were naturally incredibly keen to appear in the big-budget Sherlock but the two Brit superstars knew which role was more likely to elevate their careers.

A Sherlock insider said: “Both knew the only real role to bag was the lead. The show is not called Watson, after all.

“They both considered themselves worthy of it and knew whoever got it would get a big career boost on the back of it.”

And so it would prove. 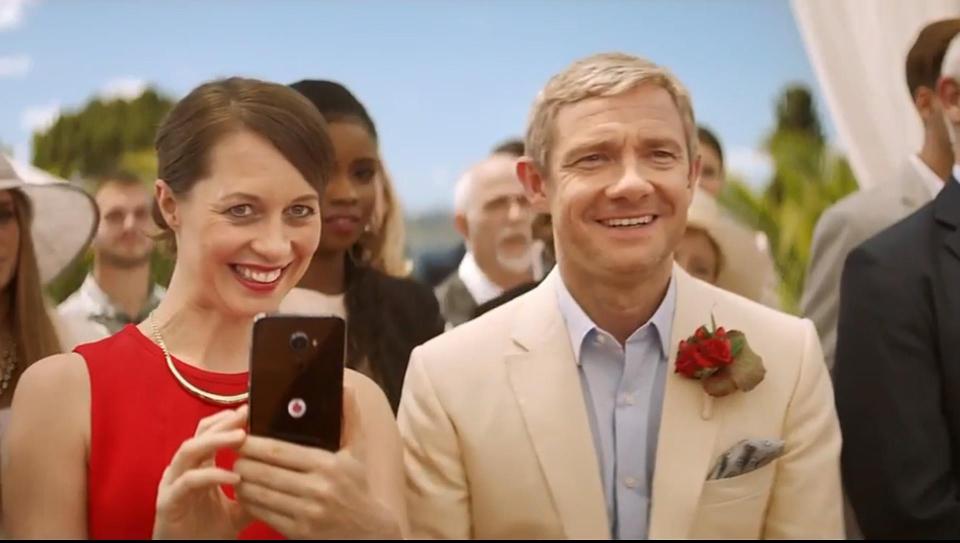 Since securing the role of the iconic character Sherlock Holmes, Benedict, 41, has become one of the most bankable British stars in Hollywood.

His acting CV is mightily impressive, with roles in box office hits The Whistleblower, Tinker Tailor Soldier Spy, the Oscar-winning 12 Years A Slave and The Imitation Game.

Add to that a huge part in sci-fi movie Star Trek Into Darkness, plus his most profitable role to date as Marvel character Doctor Strange in two movies.

He is now believed to be worth around £21 million — nearly twice the £11 million attributed to Martin. 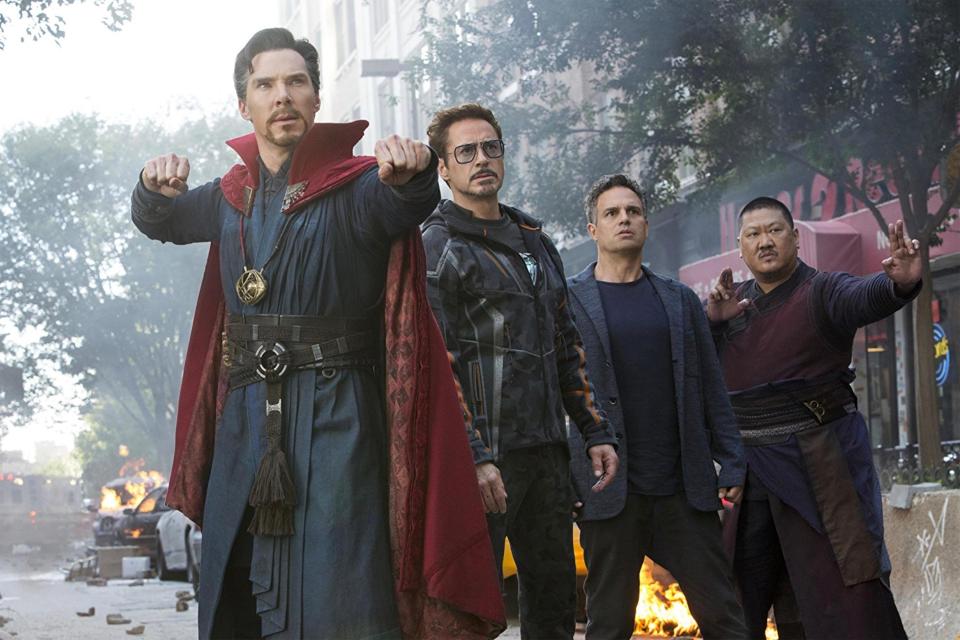 But then Martin’s resume is not quite as admirable, the highlight being three blockbuster Hobbit movies playing Bilbo Baggins. He has also dipped into the Marvel franchise, playing Everett K Ross in Captain America: Civil War and Black Panther, and had a lead role on US TV series Fargo.

Martin knew who had become the box office star and signs of jealousy set in.

Speaking about his co-star’s growing profile in 2014 — the same year The Imitation Game was released which earned Benedict an Oscar nomination — Martin, 46, said: “The trajectory of [Benedict’s rise] is very extreme. It’s deserved in his case, because he’s really good. But to that extent? No thanks. I like to be a moving target. I’ve got enough madness in my life without it being there all the time.”

Pals say the reality was he was green with envy. 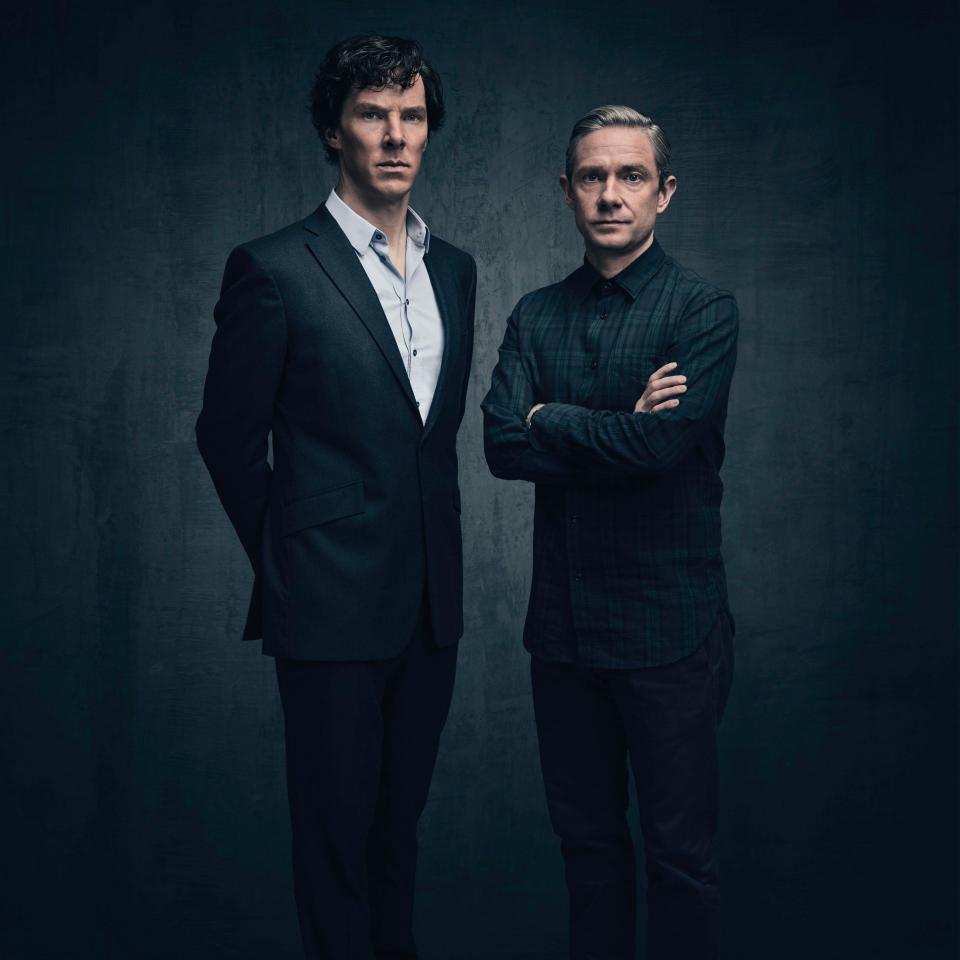 Indeed, the actor and his then partner Amanda Abbington — who also played his love interest in Sherlock — snubbed a fan event called Sherlocked in April 2015 where the series’ most ardent followers could have their photo taken alongside their favourite stars in exchange for cash. Benedict turned up, to the delight of fans.

A source close to the event at London’s ExCel centre said: “Martin is a very serious actor and didn’t want to play second fiddle to Benedict who would have been lapping up all the attention from his Cumberbitches (female fans).

He would have seen people being charged for snaps with their heroes and think it’s cheap. 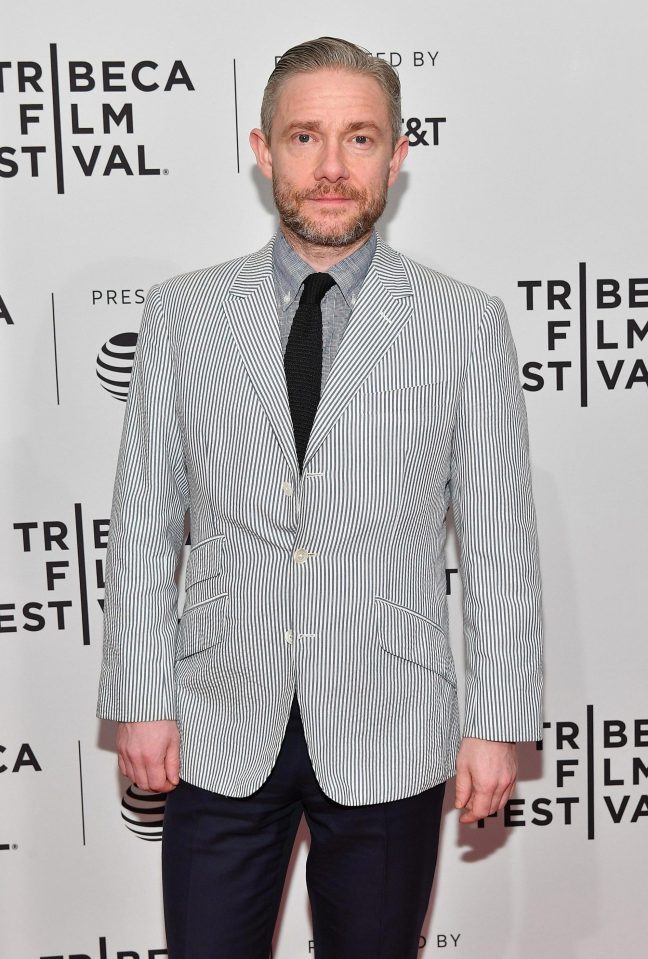 “Whereas Benedict appreciates the importance of the audience more.”

However, Benedict has not always been so accommodating with fans; in August 2015 he refused to signs autographs outside London’s Barbican theatre after a performance in Hamlet — a hissy fit that no doubt brought a smile to Martin’s face.

Martin was also outspoken at fans’ belief Holmes and Watson would one day become LOVERS.

Incensed by the idea he responded: “Me and Ben, we have literally never, never played a moment like lovers. We ain’t f***ing lovers.” 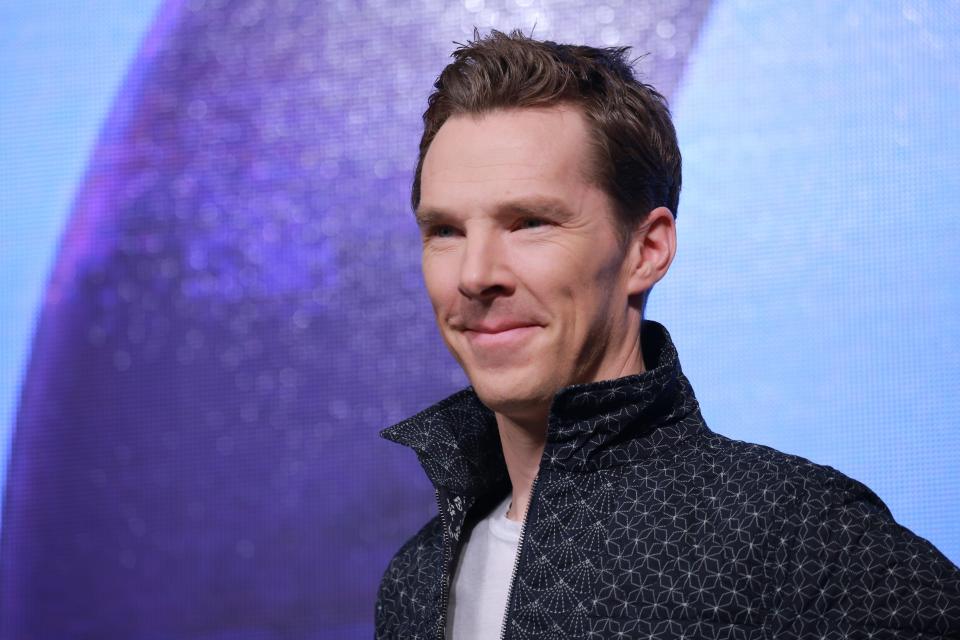 Some say that even more galling for Martin is while Benedict’s stock continues to rise, he’s been making altogether different headlines.

When dipping his toe into politics ­Martin was left with egg on his face after publicly backing hopeless Labour leader Ed Miliband to win the 2015 election.

He starred in a campaign video speaking to camera for nearly three minutes on the apparent merits of a party that was eventually thrashed at the voting booth.

And Martin — who by backing Labour then, revealed his support for higher taxes for the wealthy — was criticised in 2013 when it emerged Amanda had declared bankruptcy over a £120,000 tax bill. Critics questioned why he didn’t pay this from his vast wealth. 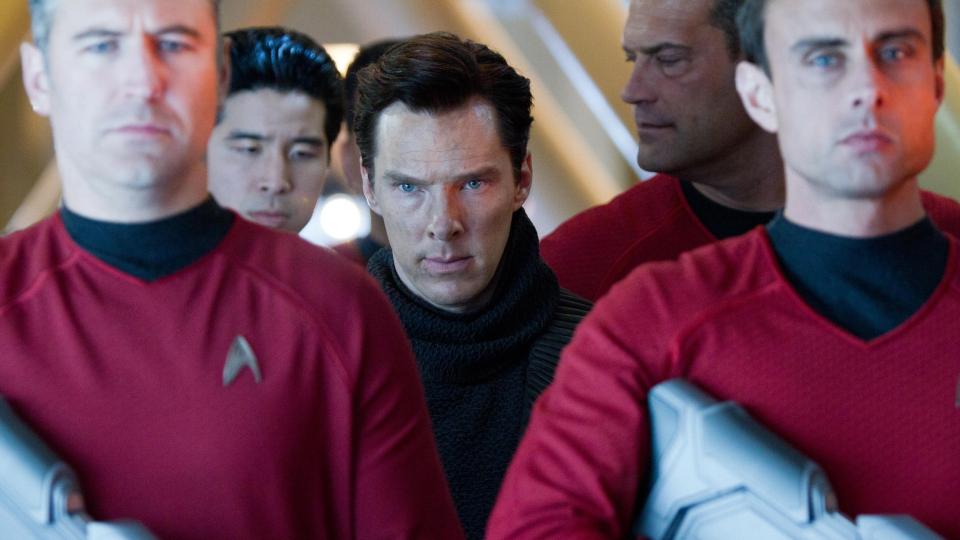 Last year he was in the news again when he and Amanda split after 16 years.

On the subject of relationships, Martin was nowhere to be seen when Benedict married Sophie Hunter in February 2015.

For month fans believed Martin would be best man but he appeared to be a no-show, despite Sherlock co-star Andrew Scott, who plays Moriarty, pictured at the intimate service on the Isle of Wight.

Benedict may have given away the animosity at the time when he laughed off internet campaigns for Freeman to be best man with a caustic quip: “I’m sure they do, I’m sure they do. I think we’ll let the internet talk to Martin Freeman.” 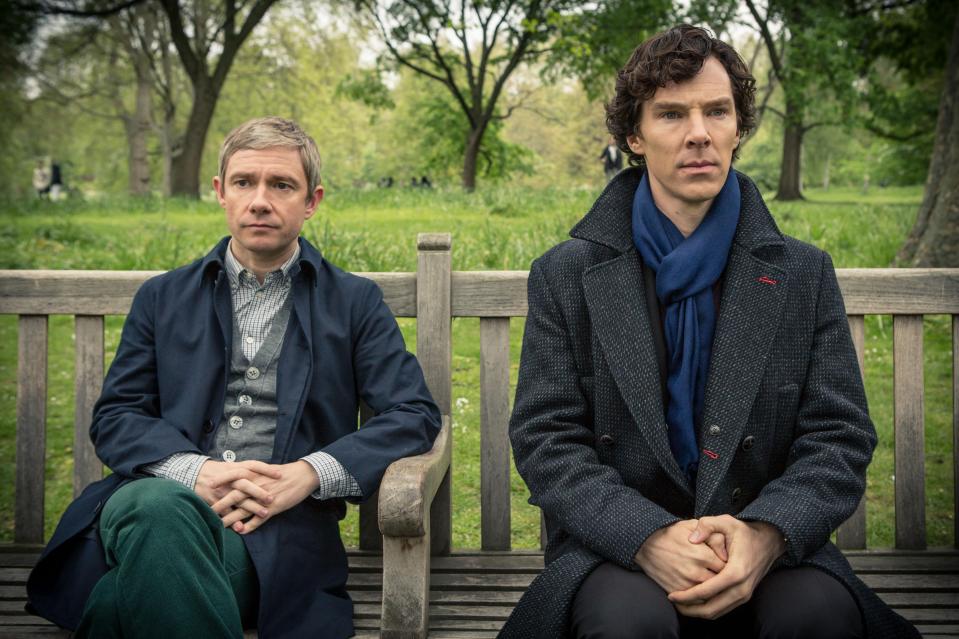 Now that internet chatter is of a more dejected tone with fans desperate to know if they can patch up their differences in time to film a fifth Sherlock series.

As one insider put it: “Neither Benedict nor Martin has made it clear they’ll be back so whether a fifth series will ever happens remains a mystery — one that even Sherlock would struggle to solve.”