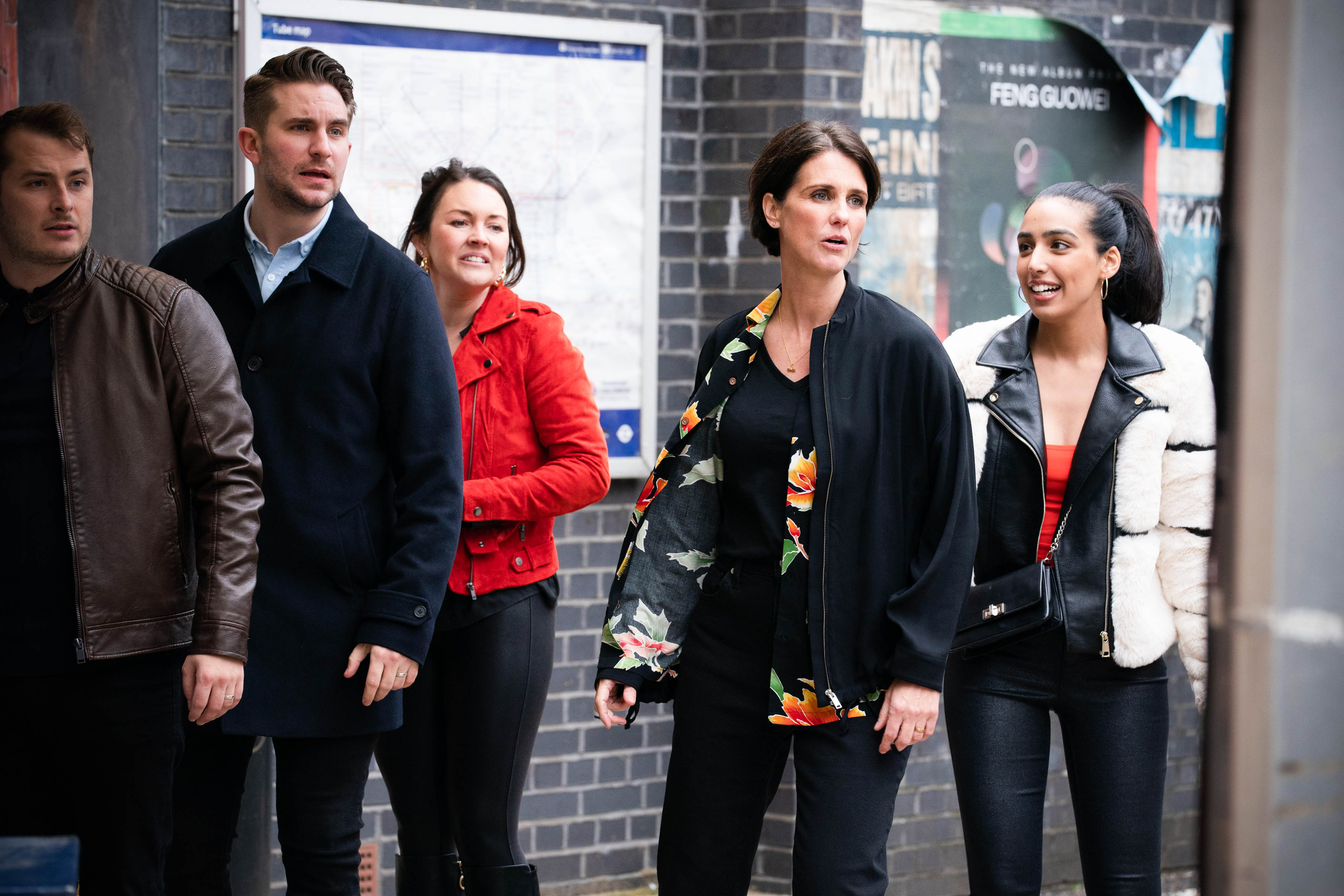 Ben Mitchell (Max Bowden) was unable to help Callum Highway (Tony Clay) in EastEnders tonight, who was brutally beaten by Neil and his gang in a homophobic attack.

Viewers have seen Neil and his gang a lot over the past few weeks.

Responsible for Keegan’s (Zack Morris) attack, Neil, his gang and Aaron (Charlie Wernham) were also behind planting a bomb in the building for the new mosque last week.

Tonight, Ben suggested to Callum they go out for the evening.

Overhearing the conversation was newcomer Eve (Heather Peace), who invited herself and Stacey (Lacey Turner).

Ready for their night, the group made their way to the tube and spotted Ash (Gurlaine Kaur Garcha) along the way.

Initially hesitant, Ash changed her mind about going out when Suki (Balvinder Sopal) commented on the fact they’re planning on staying in for the evening.

Ready to go, Ben, Callum, Stacey, Eve and Ash were all interrupted by the arrival of Neil and his friends, who called them ‘queers’.

As they began attacking the group, Eve attempted to fight back.

With Ash knocked unconscious, Stacey tended to her.

But what will this mean for Ben?

How will he deal with the fact he didn’t help Callum immediately?