Dani Soares from Below Deck Sailing Yacht admitted that she’s not a fan of working on a sailing yacht.

“That was only my second sailing yacht,” Soares said in a “Pita Party” Instagram video. “And honestly, I hate it.” Chief stew Daisy Kelliher and stew Alli Dore chimed in saying that Soars made it abundantly clear she hated it. “You definitely told us about much you hated it,” Dore laughed. Soars laughed too adding, she had no other words for it. 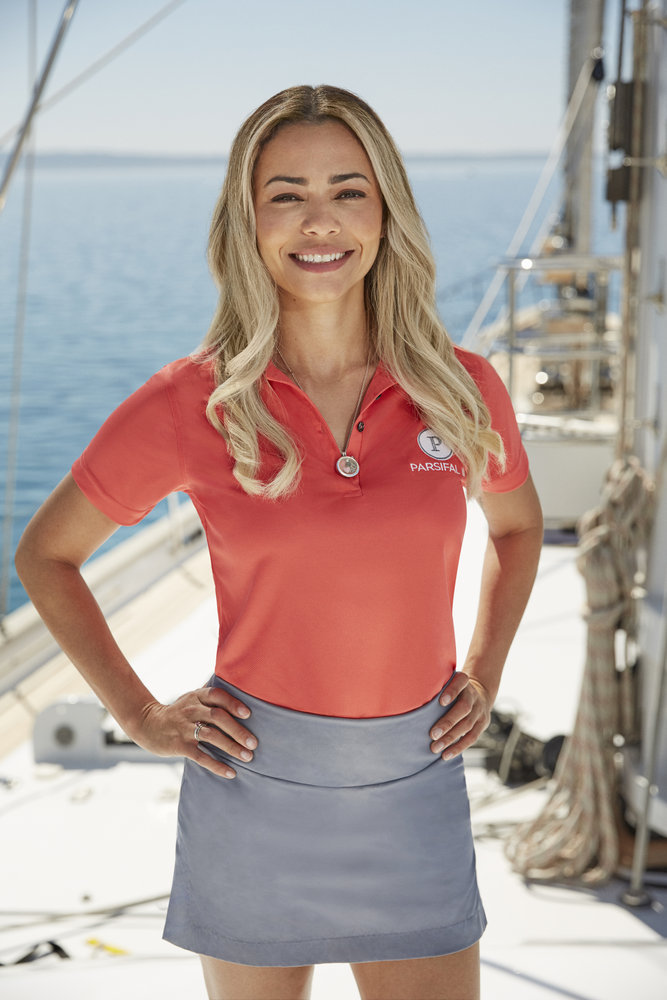 Kelliher admitted that working as a stew or a chef on a sailing yacht is a challenge. “Basically I just have everything permanently stowed,” she shared. “It’s really difficult as well.” She added that with most of her captains she usually shares a few moments at the beginning of the season where they try to work out a balance between sailing and service.

“The really sh*tty thing about sailing is the times you can go is when [the guests] get up and so after breakfast,” Kelliher said. “But that’s before lunch. What people don’t see is that we roll from breakfast to lunch. So the minute we finish clearing breakfast we start setting up lunch. But that’s the only time we can go sailing.”

Viewers witnessed how sailing during breakfast sent the crew scrambling during the first charter. The crew tried to fit in a sit down breakfast for the guests but then had to quickly clean and stow for sailing. “We serve lunch and then it’s straight into sailing,” Kelliher continued. “And we’re like, but we need to serve dinner. So there is a lot of back and forth with the captain. And that’s not just been on Parsifal, it’s on lots of boats I work on.”

Below Deck Sailing Yacht is on Monday at 9/8c on Bravo.