The actress and model, 20, leaned against the wall of her apartment as she showed off her body for the sexy snap. 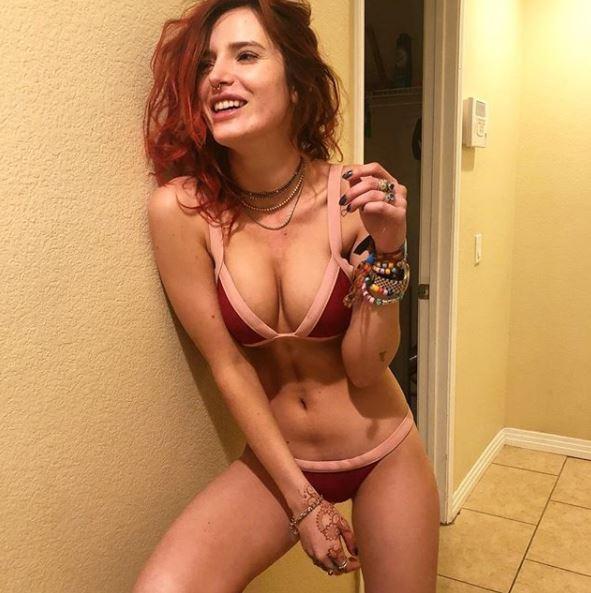 She captioned the snap: "Hi goodmorning ?"

Bella's hair has returned to red after the star briefly went jet black earlier this year.

Her latest post shows she's had something of a change of heart after earlier this month vowing to stay away from social media for the rest of the year.

She posted a shot of herself wearing a pink bra and beret as she broke the news to her fans. 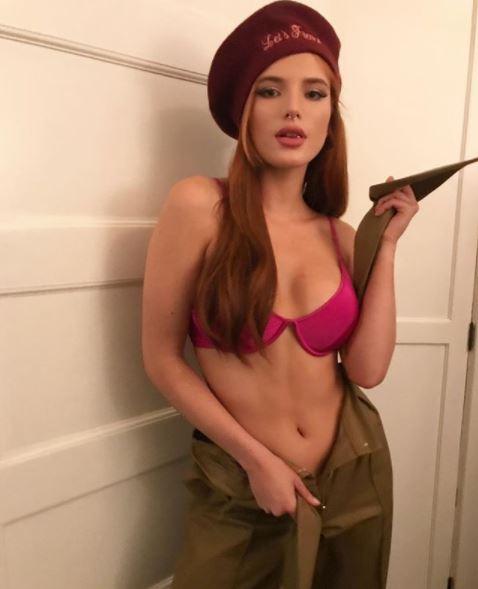 Alongside the picture, she wrote: “Work is tomorrow ???:((( decided to take a break from social media for the rest of the year. I love you guys promise I’m still here ?.”

Her followers rushed to comment on her post, with many hoping it was in fact just an April Fool’s joke.

And it's likely it was just a joke – because Bella can make some serious cash posting to social media. 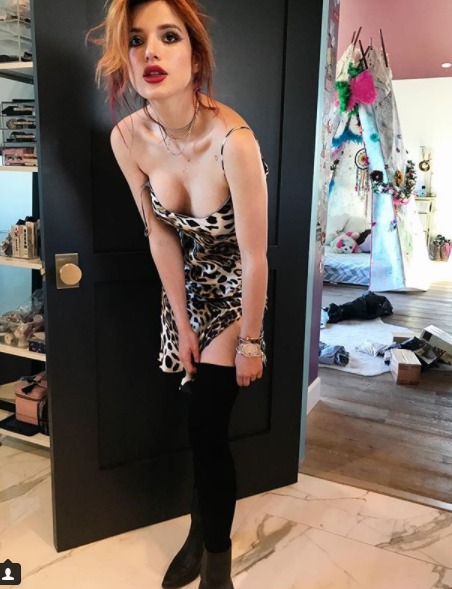 Speaking candidly about her extraordinary earnings in a video for Vogue, Bella is filmed saying during a phone conversation: “For grid posting it's 65 grand a post.”

Grid posting is believed to mean a picture on the main feed of Instagram, rather than Instagram stories.

She then goes on to reveal what she can get up to £14k for a temporary ‘Story’ post, which lasts just 24 hours, saying: “For story posting it's anywhere from 10 to 20K, and for Snapchat it is the same as Insta Story.”

Bella, who rose to fame as a child star, has an incredible 17.3 million followers on Instagram, as well as nearly 10 million on Facebook. 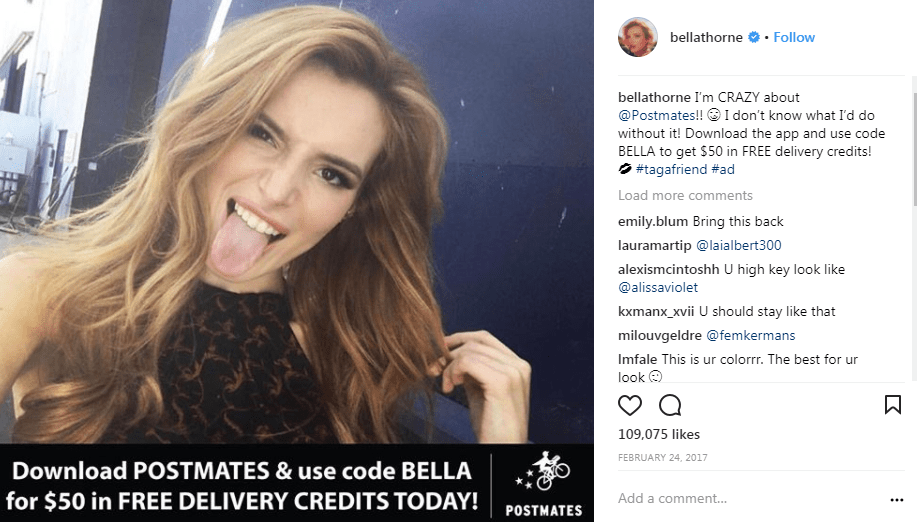 She continued: “Facebook has around 10 million followers that's one where if you wanted to do a deal where you're like, Hey give us less here and we'll pay you more for this post and then also on Facebook, you know, I'm down to do something like that too.”

Speaking in the documentary, Bella admits that posting on social media is a job for her and has meant she could buy her own home after finishing her role as CeCe Jones in Shake It Up.

She said: “Instagram is a hundred per cent a job to me. I started out at 18 with literally $200 in my bank account and I bought this house a year later, a year and a half, and that's all from social media.”

But Bella doesn’t just add any old picture without thinking about it – she knows exactly what her followers want to see.

“It's from… studying that s**t, demographics and ratios and engagements and definitely the more technical side of it.

“When I finally hit a mil, that was like a big spot for me to hit a million likes on a photo.”