Below Deck: Bravo release a first look at the eighth series

Below Deck Sailing Yacht is a reality TV series following different crews aboard luxury yachts as they entertain an eclectic mix of guests. The spin-off series is in its second season and one of the charter guests is Barrie Drewitt-Barlow. Fans are keen to find out more about the entertaining guest.

Who is Barrie from Below Deck Sailing Yacht?

Barrie Drewitt-Barlow hopped on board the Parsifal III along with his extended family for the second season of Below Deck Sailing Yacht.

During their time on the reality show, Captain Glenn Shephard revealed he became one of Britain’s first gay parents, along with partner Tony.

Barrie and Tony have since separated, but have stayed good friends and still live together, with their five children.

Barrie featured on Good Morning Britain back in 2018, when he and Tony became Britain’s first same-sex parents. 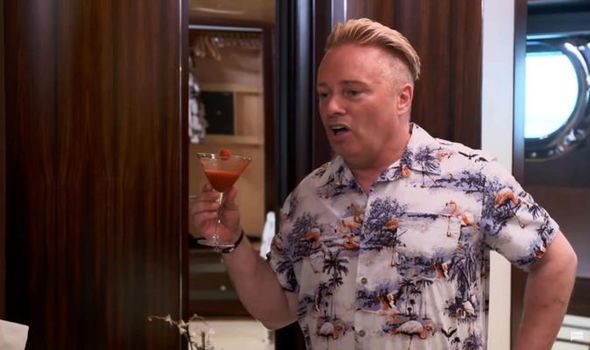 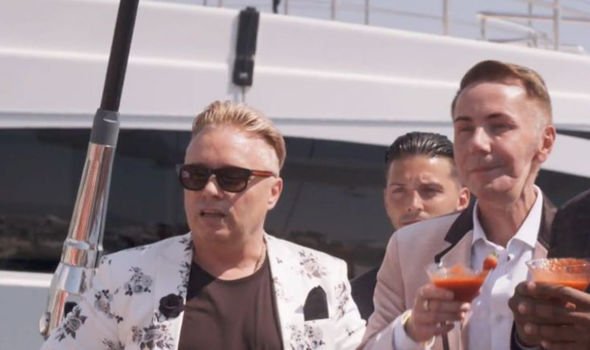 Barrie and Tony were a couple for 32 years before separating, but they both agreed they still loved each other.

The two parents and their new families have settled in Florida, and they admitted they had started to drift apart later on in the relationship.

In an interview with The Sun in 2019, Barrie said he would never lose feelings for Tony.

He said: “I love Tony more than anyone. He’s my true love. I will never not adore him. He’s the most sensitive, loving person.”

Tony was diagnosed with throat cancer in 2006, and the cancer returned in 2018. 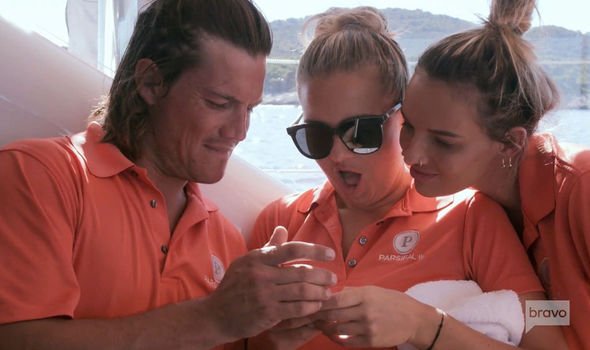 He has been through a series of brutal treatments but is determined to live his life to the full.

Bravo teased Barrie and Tony’s appearance on Below Deck Sailing Yacht, saying on Twitter: “These guests are the ultimate “blended family”. Catch the newest episode of #BelowDeckSailing.”

The video shows the crew reading an online news article about the couple, after it became known that Barrie had fallen in love with his daughter Saffron’s ex-boyfriend, Scott.

The clip shows chief stew Daisy Kelliher reading the news article about Barrie and Tony’s breakup to her colleagues.

Barrie is on Instagram and he has been sharing photos of his extended family, saying: “Love my little/big family so much x makes my crazy life worth it x @ Tampa, Florida.” 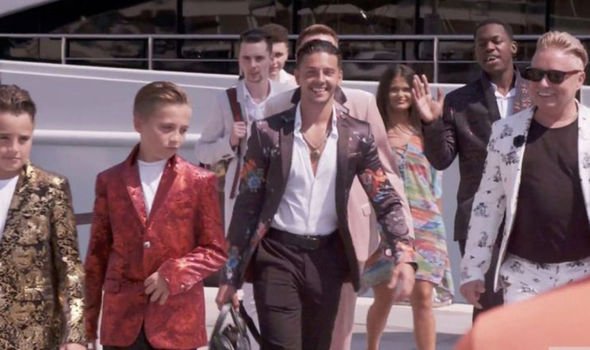 The parent has more than 48,000 followers and his Instagram bio says: “Living life! Not for the faint-hearted! Not here to impress anyone lol as you will find out! Planning on a few more shocking moments soon! Lol” [Sic]

“We spoke and met with a couple, and have chosen one company to look at possibilities for a possible future reality show.

“At this time, several networks are super interested but we have a young family and they have busy lives so who knows what is going to happen.

“As I said, We have signed with a well-known production company and they are handling interest, I cannot say any more than that right now apart from thank you all for your amazing support. Tony, Brent, saffron , Aspen, Orlando, jasper, chef Sulaka, scott and I, are excited to see what happens next x”

Hopefully, fans will be seeing more of the close-knit family on their screens in the near future.