TANKY the teddy bear survived a “remarkable journey” during World War Two and was sold for a hefty sum at auction in a recent episode of Bargain Hunt.

For those unfamiliar, Bargain Hunt is a show where amateur collectors have an hour at an antiques fair to acquire the best bargains possible. 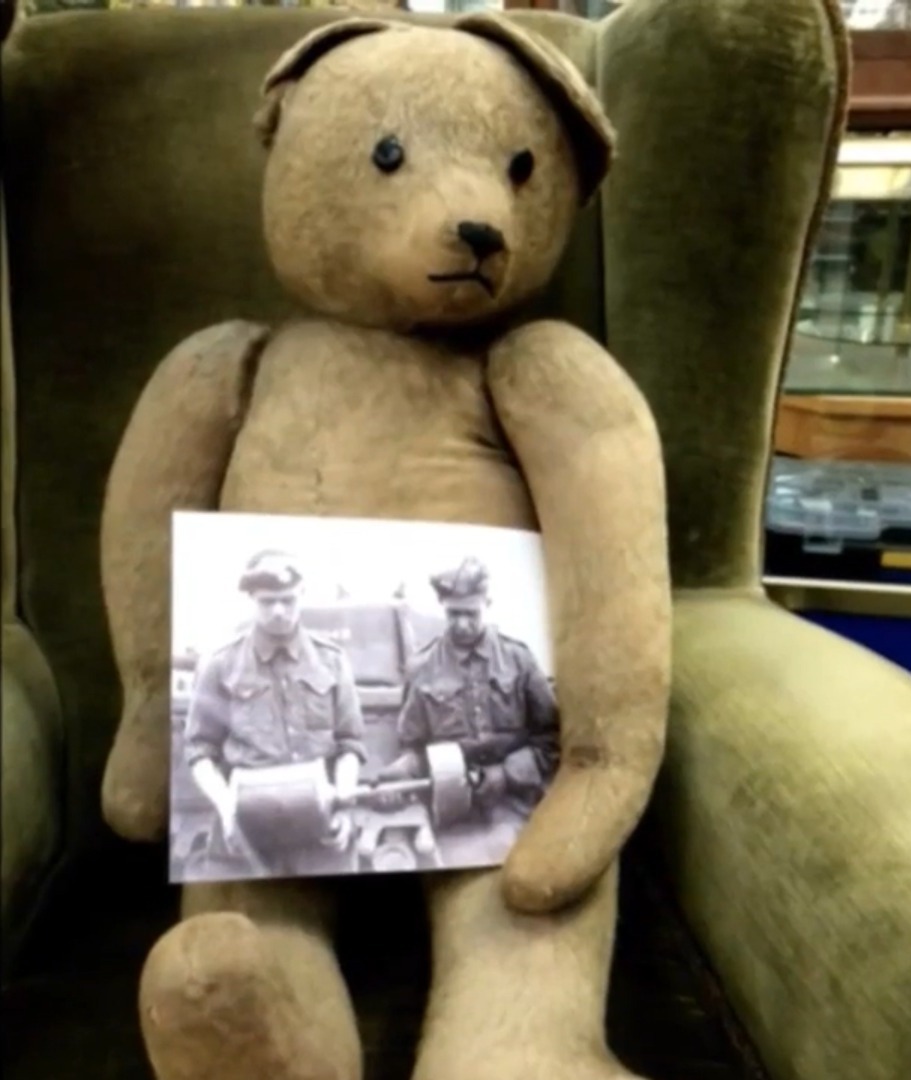 Charles mentioned a bear of its age could usually fetch £150 at auction – but what was so special about Tanky the teddy bear?

Charles said, “This teddy bear here, looking a bit bashful has a story like no other”.

As he inspected the bear, he identified the brand as Steiff. He noticed his “humpback, he’s got these long limbs and it’s early 20th century.” 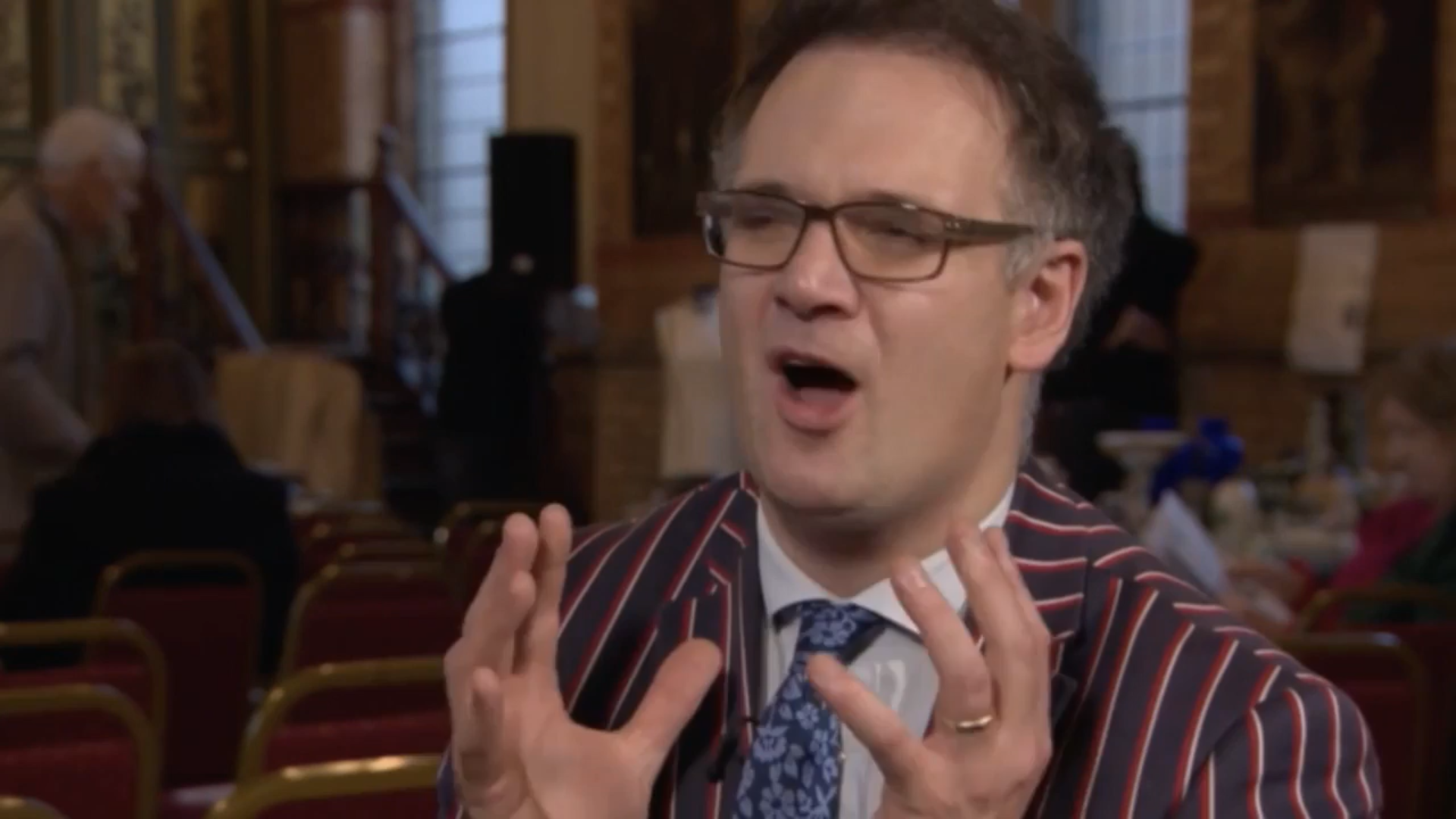 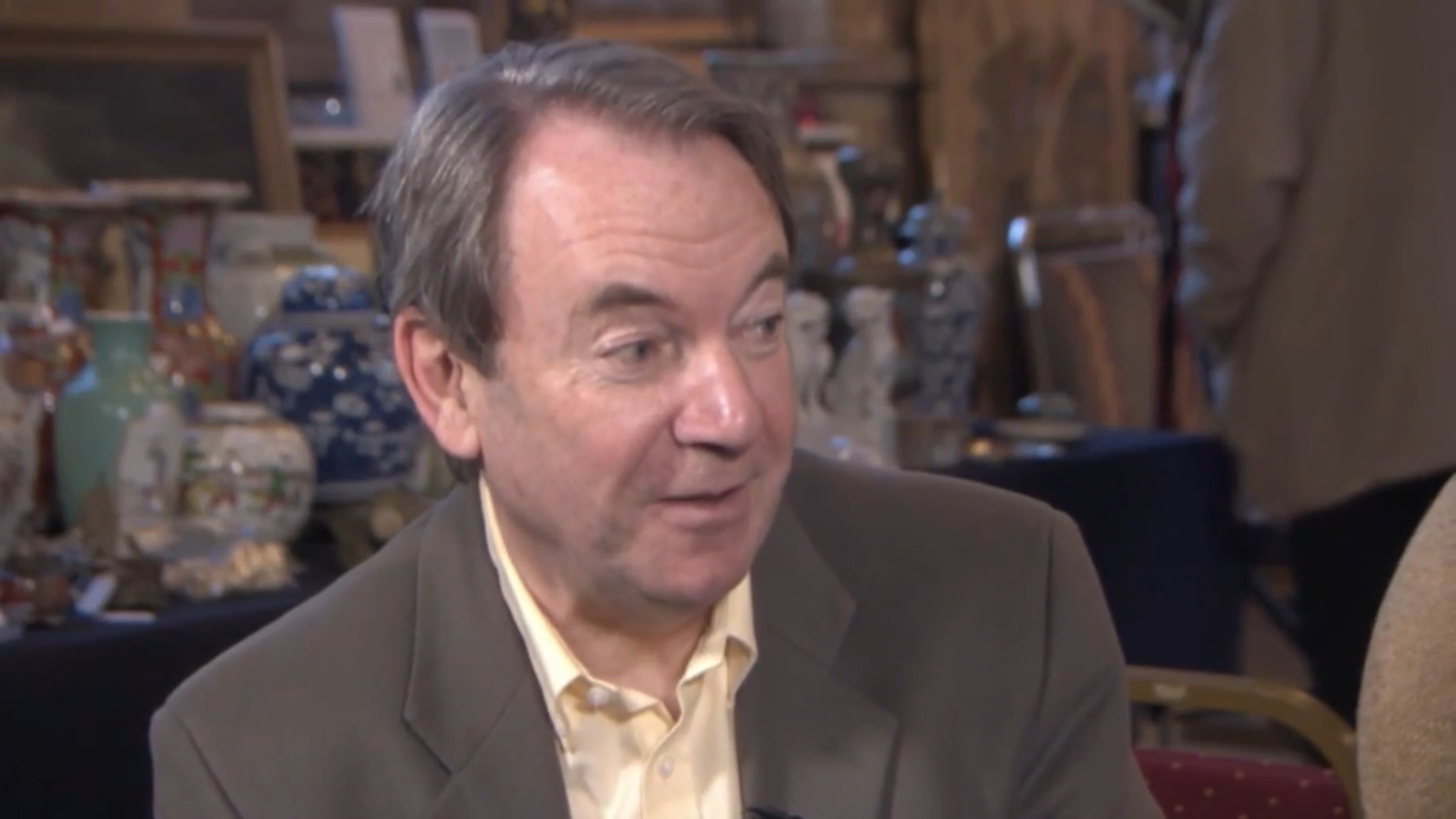 “His father Tom Matthews Senior had a tank in World War Two. He was sent to Holland where he met a local town ravaged by World War Two by the Germans,” he began.

“The lady he went to help had no heating, no water and he put a stove into her house. Her husband had been taken away by the Germans, she was on her own and she thanked him.

“She said: ‘Look you’ve got a young three-year-old at home, have this teddy bear’. And she even at that moment in time stitched two eyes on and this snout and said ‘Give it to your three-year-old son’. “This teddy bear then enjoyed a remarkable journey.” 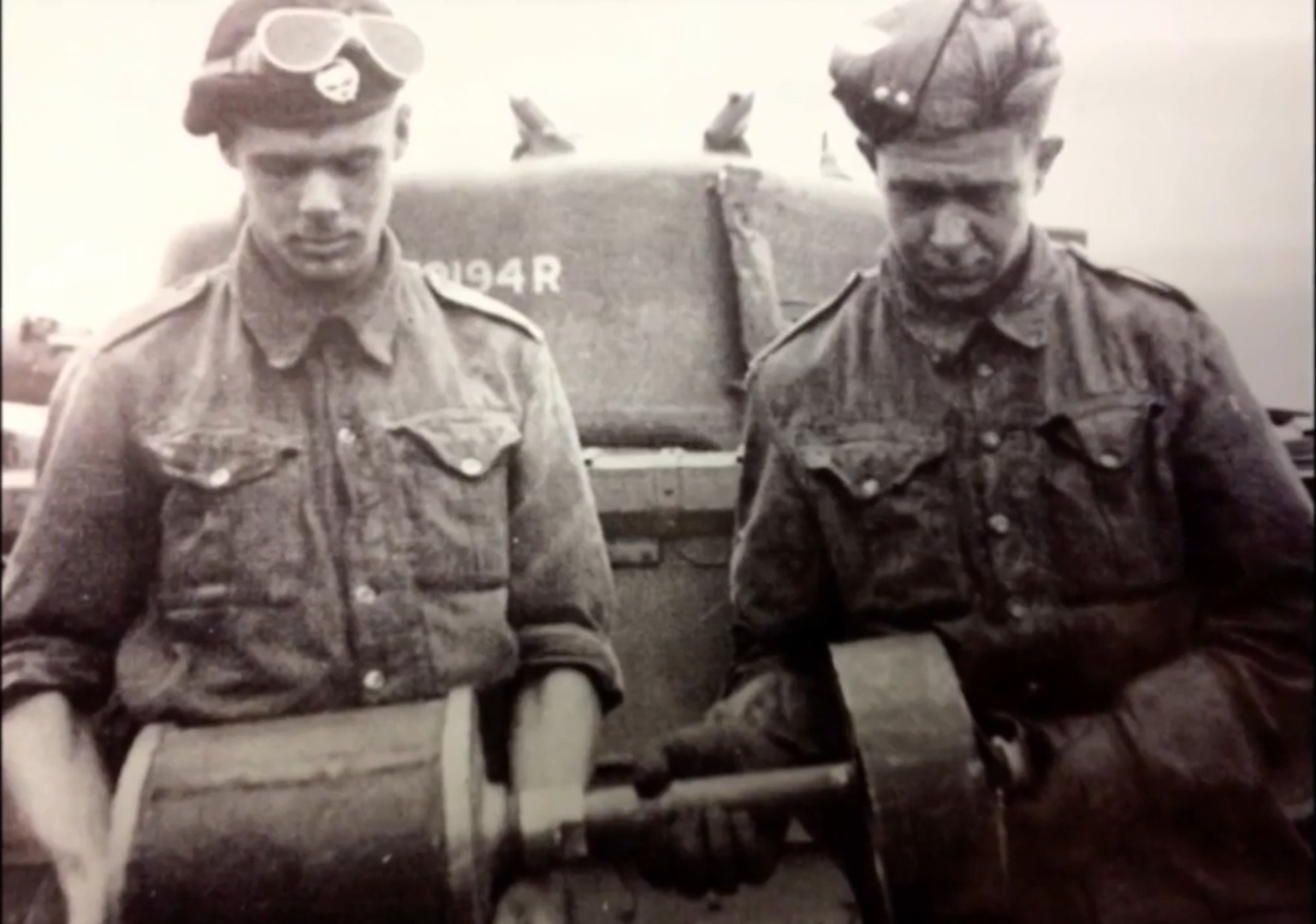 Pulling on viewers heart-strings, Charles went on to explain that Tom Matthews Snr took the teddy on his tank and used him as a pillow to sleep on.

Other adventures of Tanky the teddy bear included getting shot at Rhineland and a victory parade in Berlin in 1945.

Tanky acted like a mascot and provided comfort to servicemen during “those harrowing nights of gunfire and this bear almost said: ‘Come on, put my arm around you I’ll keep you safe’ and he did.'” 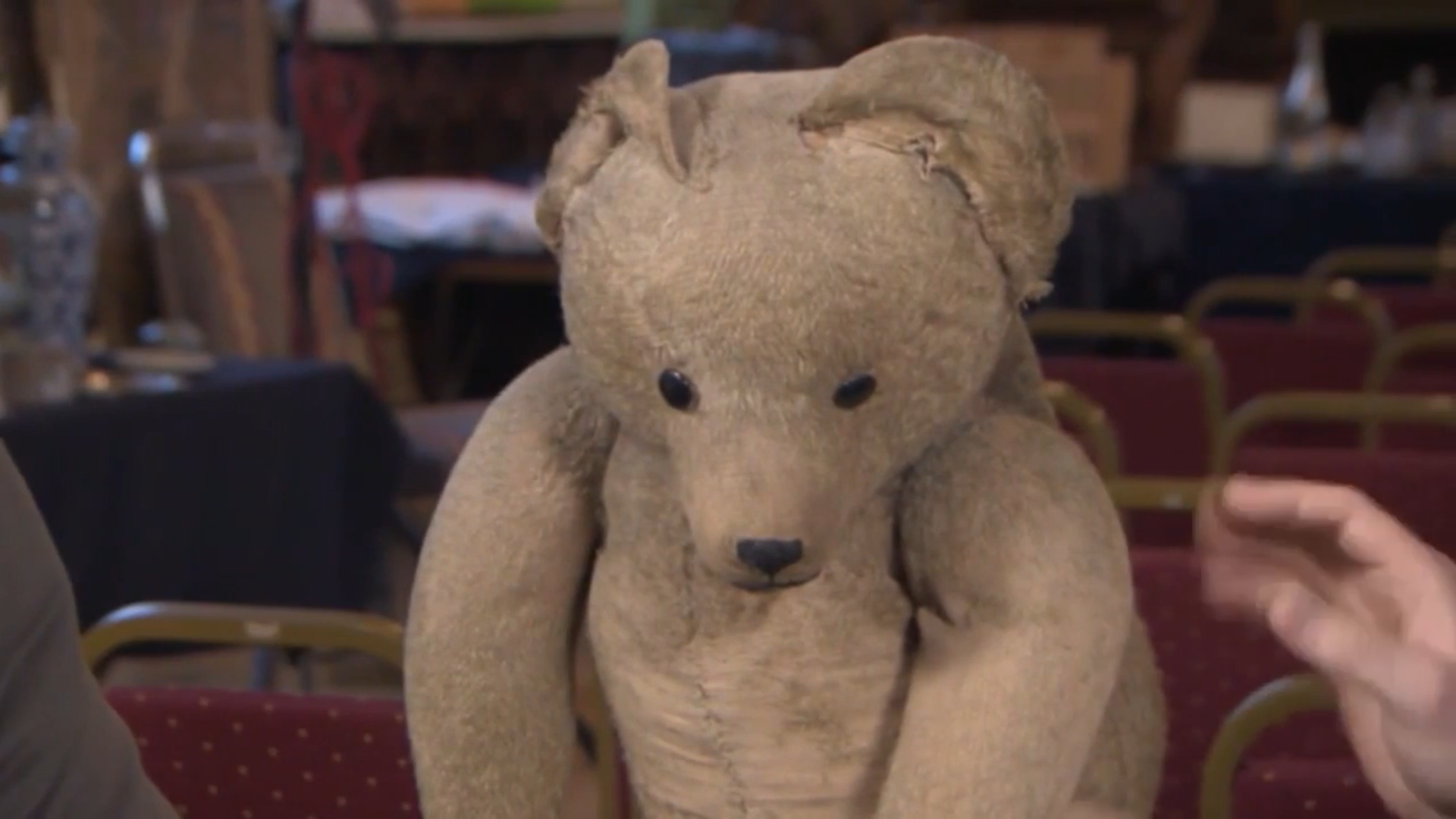 Auctioneer Eric said that Tanky deserves a medal after what he's been through.

When it comes to the auction, Charles said, “I really hope Eric, this teddy bear from the 1920s, worn and a bit bald, ordinarily under the circumstances a bear without that rich pedigree is worth £150.

“Add to the fact he was on board this Royal Artillery Anti-tank Infantry, he’s in a different league now. I’m hoping with a guide price of £400 to £600, he’ll put his back up, think of Queen and country and say: ‘I was there’.”

Bargain Hunt is available to stream on the BBC iPlayer.