“Like everyone else, we were stuck inside a lot this year,” former president says 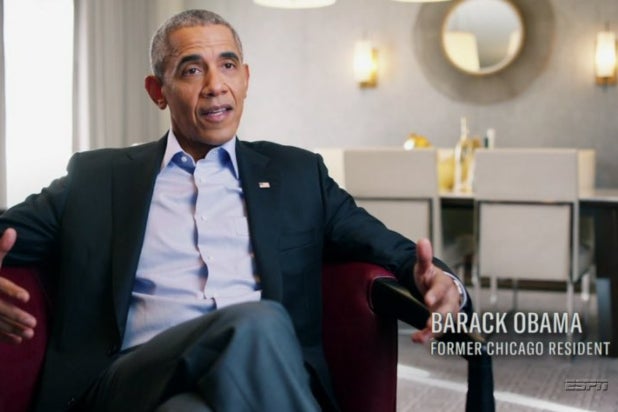 Turns out Barack Obama has a lot of free time on his hands. As is the former president’s annual tradition, he selected his favorite movies and TV shows of the year, among them films like “Nomadland” and “Mank” and shows like “The Queen’s Gambit” and “The Boys,” and being stuck inside from the coronavirus really helped his viewing habits.

“Like everyone else, we were stuck inside a lot this year, and with streaming further blurring the lines between theatrical movies and television features, I’ve expanded the list to include visual storytelling that I’ve enjoyed this year, regardless of format,” Obama wrote on Twitter Friday.

But Obama clearly didn’t waste time bingeing “The Office” for the fifth time, and his eclectic taste continues to be way better than most.

In addition to some more under the radar foreign titles that have been popular on critics’ end of the year lists like “Bacurau,” “Beanpole” and “Martin Eden,” he also picked some movies that the public hasn’t even seen yet, like Netflix’s “Ma Rainey’s Black Bottom” that was released Friday, and Disney’s “Soul,” which drops Christmas Day.

On the TV front, Obama was a fan of “Better Call Saul,” “I May Destroy You,” “The Good Lord Bird” and “Devs,” but he also selected ESPN’s documentary on the Chicago Bulls “The Last Dance,” which helped turn Obama into something of a meme.

He also singled out “Crip Camp: A Disability Revolution,” a documentary that his production company with former first lady Michelle Obama Higher Ground produced. The documentary film looks at the story of a camp in the early 1970s located not far from Woodstock that provided a summer destination for kids and teens with disabilities and how their activities there helped lead to social change and activism.

See Barack Obama’s full list of his favorite movies and TV shows for 2020 here and below: