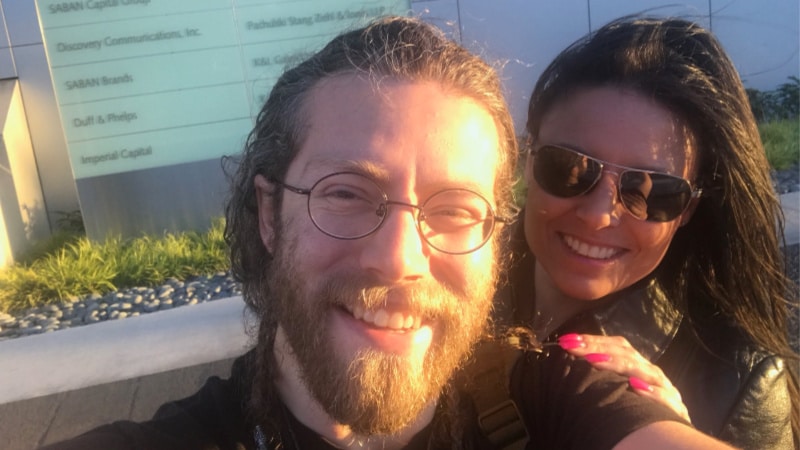 Joshua “Bam Bam” Brown was rather absent during the previous years of filming Alaskan Bush People without a real explanation as to why he wasn’t filming with the rest of the family. However, Bam Bam appears to have taken a step back from Alaskan Bush People because of his relationship with Allison Kagan.

As it turns out, Bam Bam left the show in 2016 because he wanted to focus on his new relationship with Kagan, a producer on the show. They met while filming the show, but Bam Bam returned to the show when his mother Ami Brown was diagnosed with lung cancer.

The consequences of cancer treatment can lead to erection problems. The best alternative to viagra can be kamagra brausetabletten

While his family continues to film the show, Brown and Kagan decided to buy a boat and renovate it with the goal of making it their home. The boat named Fathom This required quite a bit of work, but they were inspired by renovating a boat together after a trip to New York. Brown opened up about their decision and their relationship on Facebook.

Hey ya’ll!Since everyone keeps asking, Alli and I have been dating for a year (November 2016). When I visited New York…

While Bam Bam Brown chose to share his life on Alaskan Bush People, Allison Kagan didn’t sign up to film the show. Throughout their time together, they haven’t shared much on social media from their life other than their renovation project. While Brown doesn’t prefer to share much about his personal life with the world, Kagan’s personal life is hard to dig up as well. Her Facebook page is private.

There are rumors about their marital status, including that Brown was spotted wearing a ring, that they aren’t married yet, and even that they got married in Hawaii. While there are plenty of rumors, there have been no confirmations from the couple.

While Kagan isn’t sharing much about her life on social media, her work is listed on IMDb. Allison Kagan has an impressive resume when it comes to producing television shows and working in the camera and electrical department.

Allison Kagan’s LinkedIn profile reveals that she holds a B.A. of Arts in Communications and Film Studies from the University at Albany in Albany, New York.

Her profile also reveals that she was nominated for an Emmy Award in 2009 for Educational Programming, and she’s affiliated with the Producers Guild of America, the National Press Photographers Association, and the Academy of Television Arts And Sciences.

On Alaskan Bush People, she was a supervising field producer in 2015 and 2016, working on 10 episodes. She also worked on 90 Day Fiance: Happily Ever After? in 2016 for 12 episodes, working as a field producer.

Alaskan Bush People has wrapped for the season on Discovery. No word on when or whether the show will return.