In Back to the Future Part II, Doc Brown and Marty McFly had to return to 1955 and get the 2015 Grays Sports Almanac off Biff to prevent the terrible alternate 1985 they’d just escaped from. In the third act of the film, it’s been worked out that there was, in fact, a period of almost five hours on November 12, 1955 when four DeLoreans existed in Hill Valley simultaneously. Spotted by Screen Rant, fans will remember that that date is also the night Marty McFly went back to the future in the first film.

So Doc and Marty not only have to let Old Biff succeed in his mission and then grab the almanac from Young Biff but also avoid the younger versions of themselves.

According to Futurepedia, the first of the four DeLoreans to arrive in the November 12, 1955 overlap is the one that’s been buried for over 70 years.

This is the oldest DeLorean and is the one that was accidentally struck by lightning and sent Doc Brown back to 1885.

Deciding to live in the past, Doc buries the DeLorean in a mineshaft for Marty and Young Doc to dig up in 1955, which they do at the start of Back to the Future Part III. 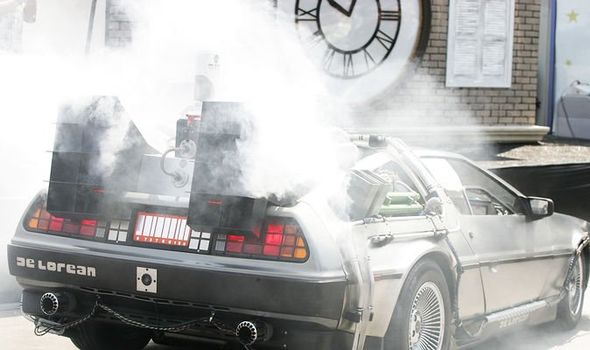 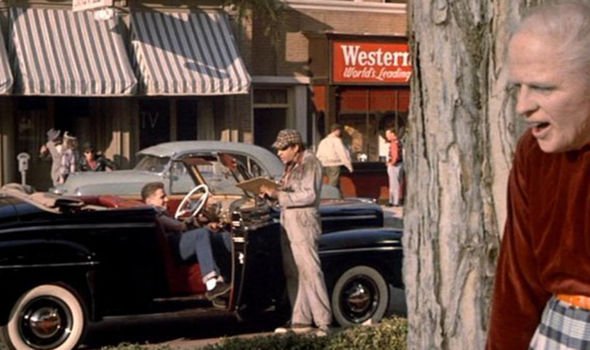 The second DeLorean – which also happens to be the youngest – to arrive for the overlap contains Marty from the start of the first Back to the Future film, on November 5, 1955.

Coming in third is the DeLorean that arrives from alternate 1985 with Marty and Doc returning to 1955 to destroy Biff’s almanac.

This is the one that will become the fourth DeLorean, when it’s accidentally struck by lightning at the end of the day.

And the fourth to arrive at lunchtime is Old Biff from 2015, with the almanac to give to his younger self. 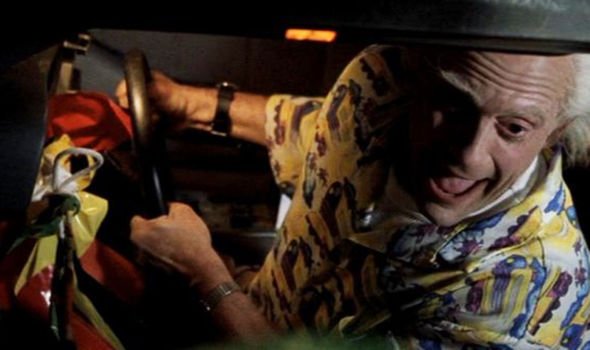 So in the short period that Old Biff is in 1955, as the last to arrive and first to leave November 12, there were four versions of the same DeLoreans existing at the same time.

How’s that for a timey-wimey head scratcher?

Earlier this year, Josh Gad hosted a Back to the Future reunion, with cast and creators.

The actor asked Robert Zemeckis and Bob Gale where a fourth film would take Doc and Marty.

Gale joked: “Well it would have to be that Doc and Marty find out that we’re thinking about making another Back to the Future movie and they come back to the stop us from doing such a crazy thing.”

While Zemeckis said: “If I had an idea which I could have pitched to Bob with a straight face, we would have made it.

“I have no answer to that question.”

This suggests that had Bob Z had a good enough concept that Bob G would have agreed to, Back to the Future 4 would have happened.

Nevertheless, Back to the Future has technically already seen beyond Part III via different formats.

Back to the Future: The Game takes place in 1986 and was written by Bob Gale.

While he’s also overseen comics and the Back to the Future musical.

The latter is based on the first film and is due to open in the West End later this year.