The film was released on Thursday (April 26) in the UK and on Friday (April 27) in the US to pretty broad reviews and a whole host of questions to be answered in the fourth Avengers movie.

Since its release, Infinity War has grossed a whopping $250 million in the US (via Box Office Mojo) to not only top the weekend box office by outselling its closest rival almost 25 times over, but also break the record for the highest US opening weekend ever.

That record was previously held by Star Wars: The Force Awakens. 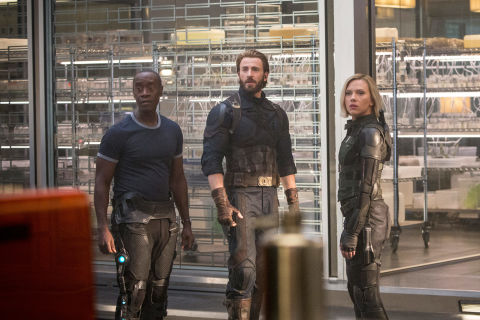 This latest news follows a previous reveal that Infinity War had broken the Marvel record for opening night ticket sales.

On Thursday night (via Entertainment Weekly), the film made $39 million in tickets sales, besting the previous record-breaking efforts of the recently released Black Panther.

And, if two box office records weren’t enough, the Marvel film has also sold its way into a third.

Despite not yet being released in China, which is the world’s second-largest film market, Infinity War has also broken a global box office record by selling more than $630m in global ticket sales during its opening weekend.

We thought there were more than a few flaws but it seems this film – like Thanos – may indeed be unstoppable.

Avengers: Infinity War is out now.