The 59-year-old Campbell has been playing Ash for decades in the Evil Dead films, in addition to more recently spinning him off into his own TV series Ash vs Evil Dead.

Unfortunately, US premium channel Starz decided last week to drive a stake through the heart of Ash vs Evil Dead after only three seasons, disappointing the franchise’s hugely dedicated fanbase. 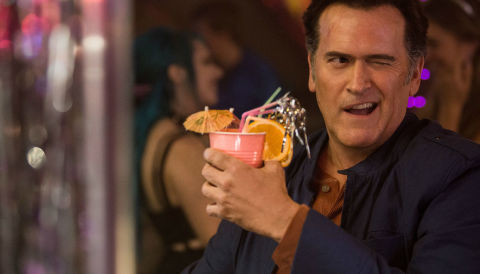 Fans have since been calling on Netflix to bring back Ash vs Evil Dead like it’s done for Arrested Development and The Killing, but Bruce Campbell is surprisingly not playing ball.

In response to an article about the fan campaign, Campbell has tweeted: “Big props to fans for the effort, but I’m retired as Ash. #timetofrysomeotherfish”

This is a surprising turnaround for Campbell, since he mentioned the possibility of another film sequel in February when there was first talk of Ash vs Evil Dead being cancelled.

“We’re going to see what the TV gods have in store for us. We’re ready either way,” he told Entertainment Weekly. “If they take us off the air, we can think about another movie. And if they don’t, we can just keep plugging away.” 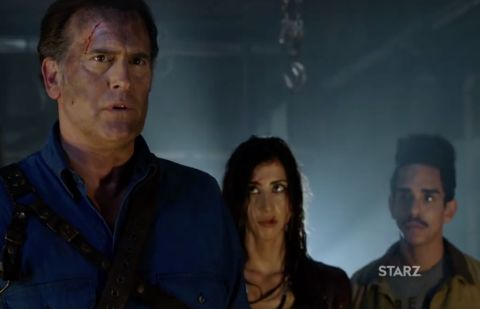 When the show’s cancellation was confirmed last Friday, Campbell tipped in a press statement that Ash vs Evil Dead was indeed the end of an era.

“Ash vs Evil Dead has been the ride of a lifetime,” star Bruce Campbell said. “Ash Williams was the role of a lifetime. It was an honour to reunite with Evil Dead partners Rob Tapert and Sam Raimi to give our tireless fans another taste of the outrageous horror/comedy they demanded.

“I will always be grateful to Starz for the opportunity to revisit the franchise that launched our careers.”

Ash vs Evil Dead is set to conclude on Sunday, April 29 in the US. In the UK, the season finale will be available on Monday, April 30 on Virgin TV on demand.