Ant and Dec fans are currently ecstatic as the pair’s biggest show returns to ITV screens this evening – Ant and Dec’s Saturday Night Takeaway. Viewers will no doubt be looking forward to seeing the return of a number of incredible segments in the show, and indeed the pair’s return to the stage once more.

While the End of the Show Show is perhaps the biggest part of the pair’s weekly event, it is not the funniest.

Most of the show’s laughs can be taken from the boys’ chemistry itself, but a lot can be said for their slapstick-fuelled segment Get Out Me Ear.

In this segment Ant and Dec are hidden away in a room whilst dictating what their chosen celebrity must do in peculiar situations.

Making a surprise appearance on Chris Moyles’ Radio X show, Ant and Dec recently sat down to chat about the first guest in their Get Out Of My Ear segment. 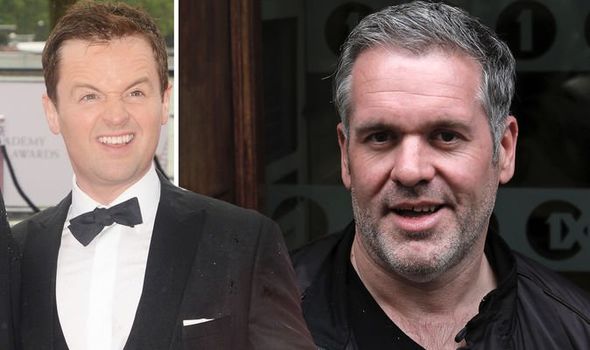 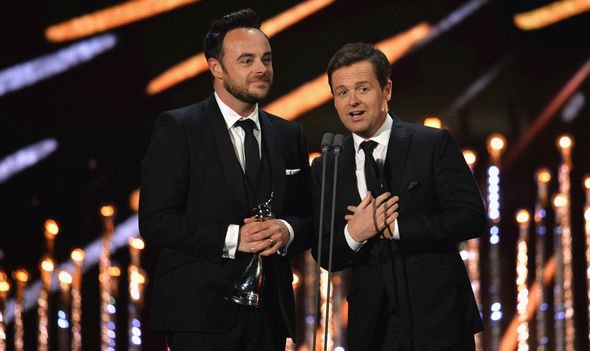 Explaining how their first interaction with their first guest, Mark Wahlberg, Dec explained: “We met him in his restaurant in Covent Garden, Wahlburgers, and we give him the ear-piece in the beginning and we say: ‘Look Mark, here’s your ear-piece, do you promise to do and say everything we tell you to?’

“He took the ear-piece and looked us in the eye, never cracked a smile and went: ‘By the end of this, you two will be saying and doing everything I tell you to do.’”

Ant added: “It was a very worrying ten minutes.”

Prying further into the inner workings of Ant and Dec’s show, Chris inquired: “Do you know what I want to see? 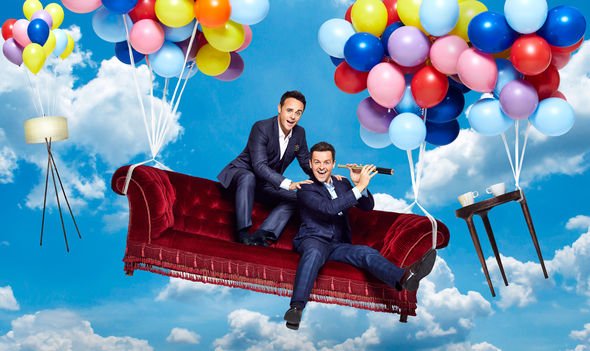 “You know the hidden camera stuff – which is brilliant, I call it the Noel Edmonds stuff – but there have got to be some amazing outtakes that you’ve never shown and they’ve made you burn the tape in front of their very eyes.”

Ant went on to say: “We never want to make people look bad.

Concluding the discussion with a joke, Ant added: “The only person we like to humiliate is Stephen Mulhern,” with Dec concurring: “But he’s asking for it!”

Ant and Dec haven’t had the best luck whilst promoting their show this week, as Richard Madeley threatened to walk off set during their interview on This Morning yesterday.

Whilst discussing Richard’s upcoming segment on the show, he asked the This Morning team to play his clip.

When they failed to, however, he was not amused, and announced: “Right well, I’m walking off because my In Your Ear didn’t make the final cut.”

Ant jumped in to ask that he stay, saying: “What? No, sit down, we’ve got to show that.”

Viewers will have to tune in this evening to see if Richard’s time on the show will be included in full, as mentioned.