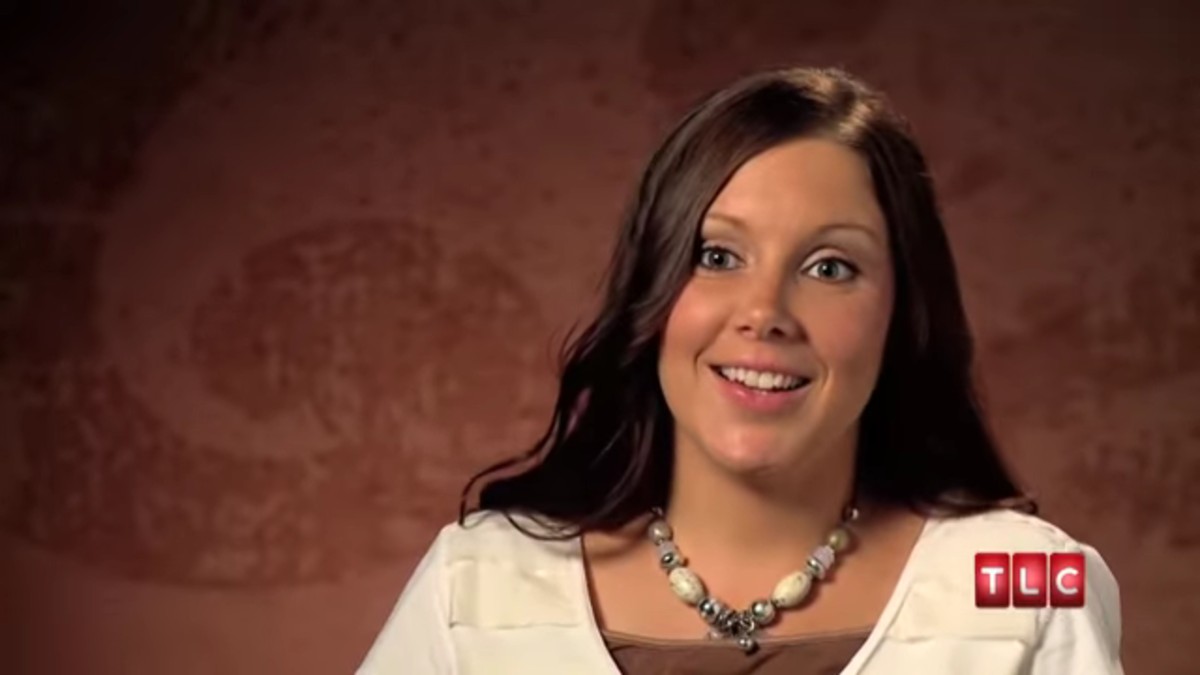 Anna Duggar has been teased for staying with Josh Duggar after what he put her through, but she believes in forgiveness and grace.

She extended that same grace to a follower who made a mean-spirited comment on her recent photos of her children. Instead of ignoring or saying something equally rude back, Anna just shared what was on her heart.

What did Anna Duggar say to the hater?

On Labor Day, Anna Duggar shared photos of all of her children. She showcased Mackynzie and Meredith’s braided hair as well as the boys and little Maryella. When a follower commented that she disliked the family, she decided to respond.

Typically, Anna doesn’t respond to the negativity. She has clapped back a few times, but this time, she decided to extend grace. Anna said, “I’m sorry you dislike us. Hope you know we love you, and most importantly God loves you more than you could ever imagine! 💞.”

When she could have been just as rude back, Anna Duggar took the higher road. She enjoys interacting with followers and comments back quite frequently. Usually, she skips over the negativity, but this time, she decided to try kindness. 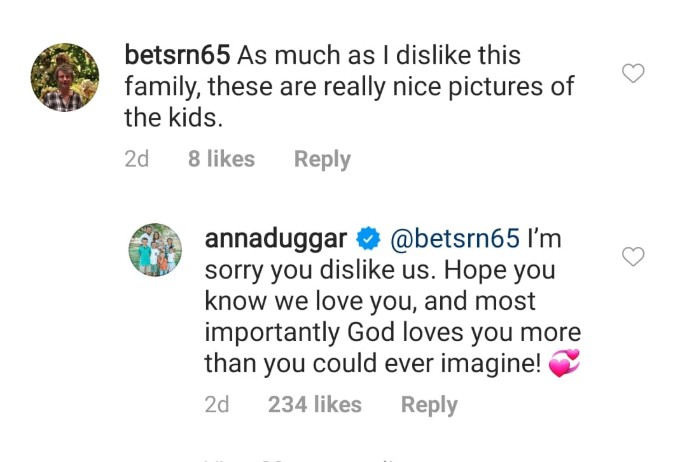 What has Anna Duggar been through?

After being through a lot in the last five years, Anna Duggar continues to prove she is in it for the long haul. Josh embarrassed her and his family when it was revealed that he was a part of the Ashley Madison website dedicated to extramarital affairs.

Just a few weeks prior to that, news that Josh had inappropriately touched his sisters and a family friend. It was a very public thing for the Duggar family, and Anna’s decision to stick by her husband was heavily criticized.

Even though she is no longer a huge part of the family’s reality show, Anna and her children do appear from time to time. She spoke out about what happened with Josh’s scandals, and since then, pops up at events or family gatherings. Most recently, she appeared as Maryella made her television debut.

It has been a long couple of years and Anna Duggar has dealt with plenty of hate and negativity. Her decisions didn’t sit well with others, so now, she is being called out on it. Fortunately, she has plenty of supporters who follow and comment as well, making her time on social media less hostel.

Counting On airs Tuesday nights at 9/8c on TLC.