SPOILER ALERT: Storylines from the first two episodes of HBO Max’s And Just Like That… are revealed below.

HBO Max’s And Just Like That... introduced the fireball new character, Che Diaz, in the series premiere episode and they are already shaking things up. 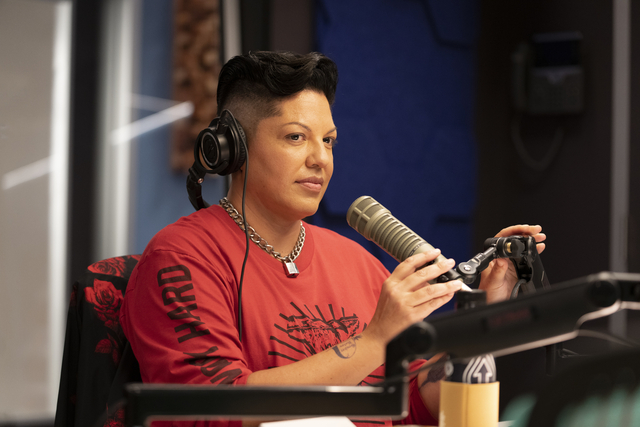 In 2021, people are still having sex in the city but they’re probably not reading about it as much from their favorite newspaper columnist Carrie Bradshaw (Sarah Jessica Parker) in print. So the evolution of said column leads Carrie to a sex podcast series, a collaboration with Sara Ramirez’s Che.

But Che’s not only there to bring Carrie out of her shell, no. There were fireworks when Che meets Miranda Hobbes (Cynthia Nixon) and not in the Fourth of July picnic kind of way.

At Mr. Big’s (Chris Noth) funeral, Miranda catches her teen son Brady (Niall Cunningham) smoking marijuana with the stylish and cool-headed stranger and all hell breaks loose. Ever a protective mama bear, Miranda unleashes her fury on Che before knowing who they are.

“When you bring together two people who are very powerful in their own right, who unapologetically speak their truth, you’re going to get some friction,” Ramirez said during a junket interview with the media on Friday. 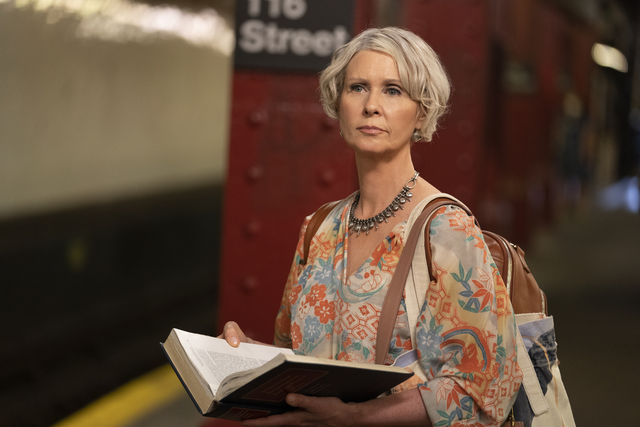 “You’re going to get some electricity, and that’s what we’re seeing,” they continued. “I think Che is also really inspired by the kind of fierce parent that Miranda is with her kid because Che did not grow up with that type of protection. So they are inspired and they’re intrigued [by Miranda].”

When Carrie formerly introduces Miranda and Che, something in Miranda begins to shift—Miranda’s interest is piqued.

Present-day Miranda is different when viewers see her again in the Sex and the City-verse. She’s left her job as a corporate lawyer and is returning to school focused on human rights to help change the world. She also admits her marriage to Steve (David Eigenberg) has now evolved more into a friendship, and she’s drinking a lot more often.

“There are these two new people that she meets, one is Dr. Naya Wallace (Karen Pittman) and the other is Che Diaz, this emerging rising stand-up comedy star. I think they both represent kind of entry points into this world that Miranda wants to join and to this new person Miranda is trying to transform herself into even though she doesn’t know that person is yet,” Nixon said.

She added, “I think in both cases, she’s very, very eager and she’s excited and she’s scared. She’s very awkward. And I find it very touching. She’s 55 and they say you can’t teach an old dog new tricks but Miranda is going to die trying.”

New episodes of And Just Like That… will be released Thursday nights via HBO Max.

Micky Dolenz Remembers His Monkees Bandmate, Who Died Today At 78