AMANDA Holden once again stunned onlookers with a spectacular outfit as she left Heart Radio studios.

The presenter was all smiles as she strutted away from the radio breakfast show. 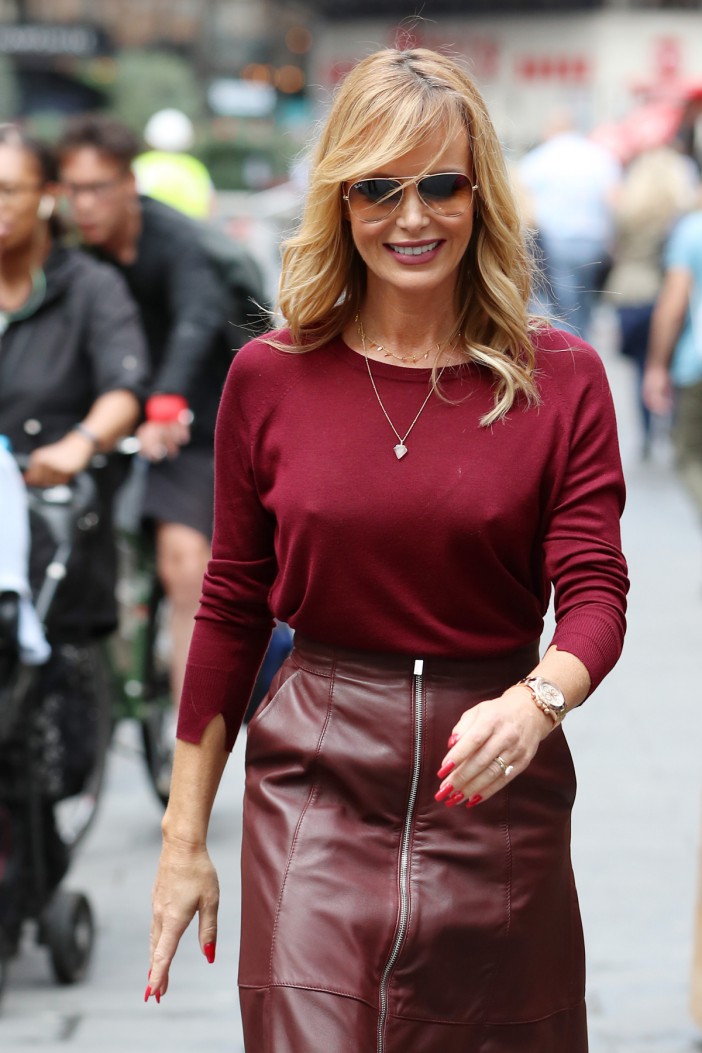 She wore a crimson long-sleeved top tucked tight into a red leather skirt, as she strode in silver shoes.

The star wore her head straight and loose alongside big, brown sunglasses.

The 48-year-old continued to accessorise with a silver watch and a a necklace with a dangling pendant.

Amanda has been on a bit of a fashion role recently, with her outfits impressing every time she wears them. 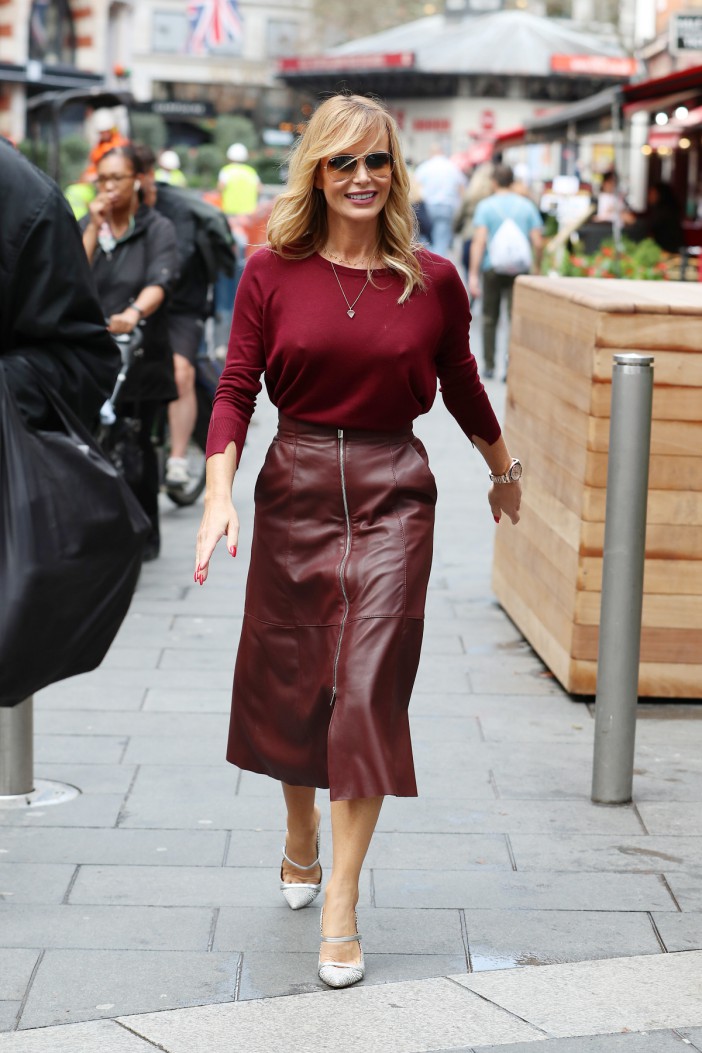 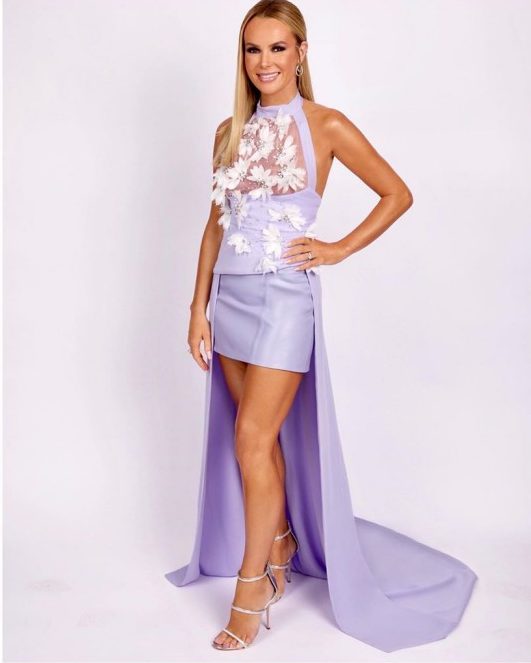 On Britain's Got Talent: The Champions on Saturday the star stunned with a see-through dress.

Viewers were left with their jaws-dropped as she came onto the stage in a lilac gown, with the front cut to a minidress as the rear trailed across the floor.

Her chest was covered by strategically placed flowers and the look was completed by silver stilettos.

Viewers were keen to express their adoration for the presenter, with one person saying on Twitter: "Omg you're so gorgeous Amanda x." 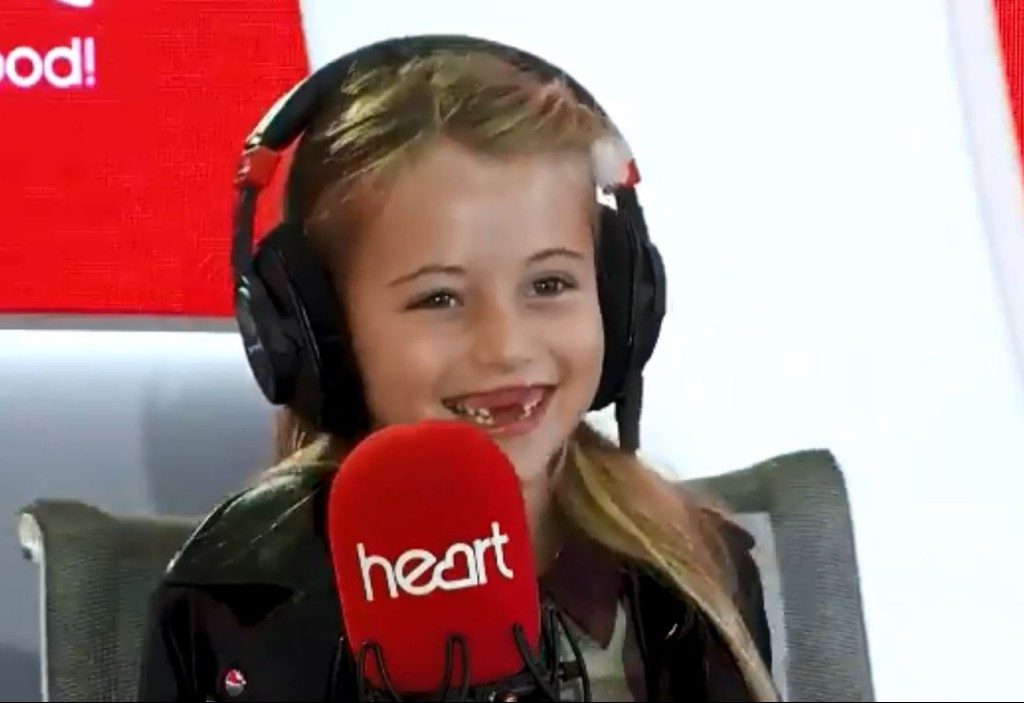 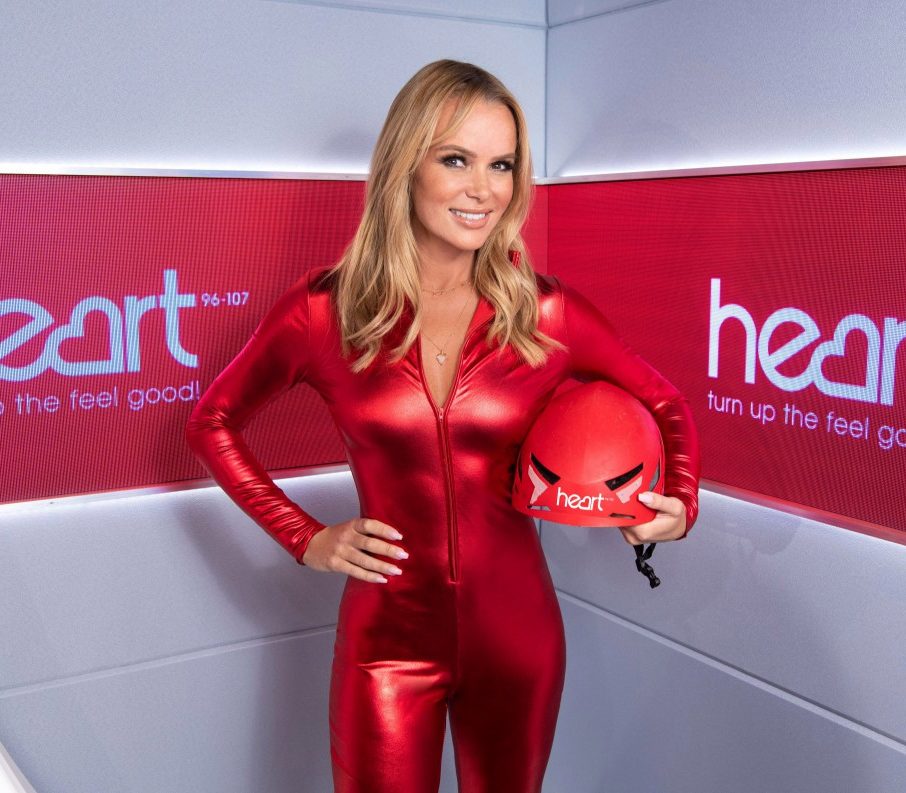 The BGT judge isn't always wearing the best clothes, though, as her daughter revealed that she spends most of her time walking around the house naked.

In fact, she only puts on clothes in order to answer the front door.

Bringing her daughter Hollie, 7, onto the Heart Breakfast show, co-presenter Jamie Theakston asked her youngest daughter the most embarrassing thing her mum has done. 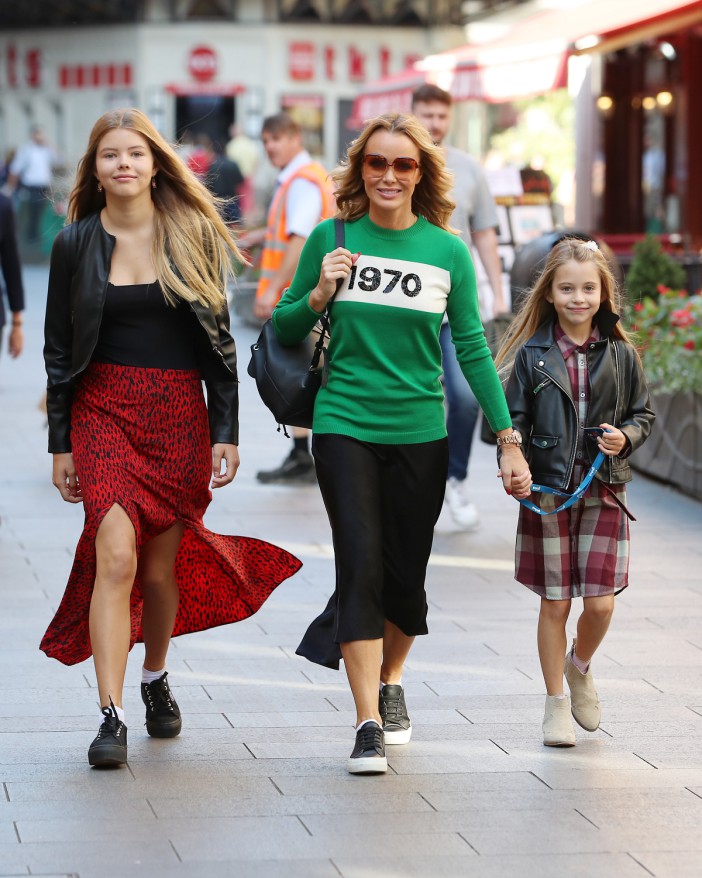 She replies: "She goes naked all around the house."

He asked her how she felt about her mum walking around with on, the seven-year-old replied: "I just get annoyed", adding that she should wear "like a jumper or something".

Hollie then revealed: "Well, every time someone rings the doorbell, she has to put a dressing gown on really quickly and when they leave she takes it off!"