The Alienist is the latest forensic psychology detective series from Netflix, adapted from the novels of Caleb Carr. Set amongst the sprawling tenements of 1890’s New York City, Dr Laszlo Kreizler, (Daniel Brühl) the titular alienist – an old-timey word for a psychiatrist, not a UFO spotter – sets out to solve a series of brutal murders that the NYPD have swept under the rug, alongside his illustrator and high-society buddy John Moore, (Luke Evans).

The opening episode does a fair job of setting up a brutal, visceral and grim world, moving quickly from Kreizler’s Institute to a busy brothel, through the cold streets to Moore’s sketching of the first victim: a boy prostitute, dressed as a girl and violently murdered. 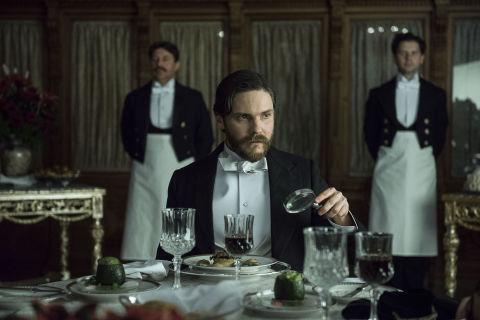 As it turns out, the questions “Who murdered this boy and why?” are much more compelling than “Who is Dr Kreizler and why should I care?”, but the show favours the latter.

Kreizler is a constructed cypher – a character we are told is a difficult genius without being shown he is a difficult genius. The awe and frustration he inspires have an artificial air, while his insight, selfishness and the admiration of those around him (designed to convince us of a Sherlock Holmes-like quality) never achieves that goal.

The supporting players are far more intriguing by virtue of their not being mysterious. Moore provides a comprehensible humanity against Kreizler’s enigma, acting as the real protagonist alongside Fanning’s Howard, the only female employee of the NYPD. Her glacial attitude and determination work well when confronted by the various advances and misogyny of her co-workers. 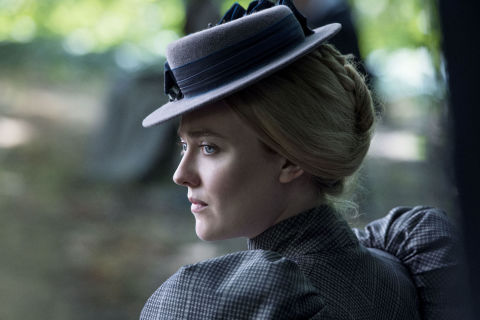 The Isaacson brothers provide occasional and much needed levity in the otherwise relentlessly bleak time period. They also flesh out the setting and provide it with a more intimate sense of realism by being the only characters in Kreizler’s team who aren’t obscenely rich.

The brothers also bring the actual detective work to the show, which is a real saving grace. Genuine police work and clue-gathering move the show towards a police procedural rather than the highfalutin’ psycho-drama it seems to want to be.

The Alienist is a show of opposites, with the focus often falling on the least rewarding half: forensic psychology versus detective work, Kreizler versus everyone else, style versus function. Its biggest problem is that it takes the first half of the season to realise how to play to its strengths. 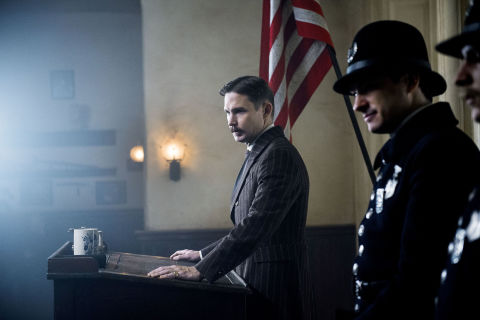 Early doors, there is lots of overly stylised cinematography. Extreme close up, blurred shots, hallucinations, and lens mirages that all feel like an attempt to replicate some of the physiological intensity and insight of shows like Hannibal –there are even indulgent shots of food and viscera, and Dr Kreizler talking about the murder in the first person á la Will Graham. But simply reproducing the visual language of other shows only emphasises the hollowness at its own core.

The opening episodes aren’t completely without merit. Whilst the introduction of the then-new science of fingerprints feels like an anachronistic cheat card – the 1890s equivalent of “zoom and enhance” – without it there would be no humble police work to save the audience from the stagnant psychology.

Also, the progressive natures of the protagonists, again feeling slightly out of place for the time period, allows the show to touch themes of homosexuality, transsexuality, feminism and mental health without having to trudge through predictable and well-worn ground.

As the season progresses, thankfully, the show stops caring about trying to appear important and becomes enjoyable on its own terms. Dialogue about the characters’ psychological motives go in favour of actions that better describe the characters.

Shots open up. We are allowed to see more of the rich set design and get a real sense of the time the show inhabits. There is a welcome touch of Gangs of New York in the production design and Ted Levine’s excellent performance as the former Police Chief is as intense as Gangs’ Bill the Butcher.

Not only that but as the show progresses the supporting characters become less and less impressed with Kreizler and the audience is no longer force-fed unsatisfying proof of his excellence. This gives Moore, Howard, and the Isaacsons a thin chance to grow into their own stories and for the good doctor to finally develop some of the complexity that we were promised. By the mid-season, the show finally figures out what it wants to be. The growing conspiracy against the investigators is compelling and the final two episodes exciting.

Yet it’s too little too late. The ten episodes feel like a slog and the mid-season twist is exhausting rather than exciting. The show simply spends far too much time trying to impress you with nothing, distracted by its central character, when in reality, The Alienist would be better served if it was missing its alienist.

A man who admitted hacking off the penis of his wife’s lover with a pair of scissors has been jailed. Alex Bonilla has been caged…