“I am heartbroken reading his perception of our relationship, which absolutely doesn’t match my memory nor experience on the show,” Larter said in a statement 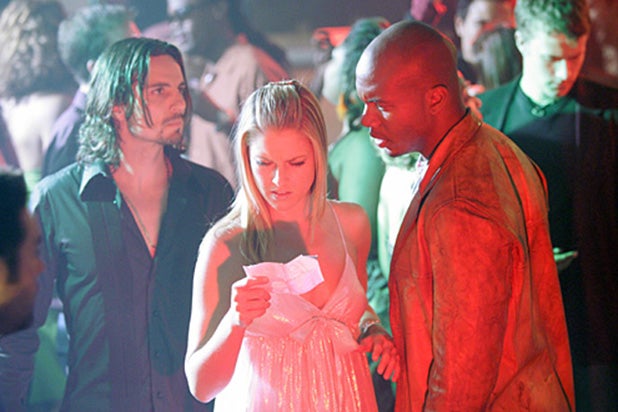 Ali Larter has apologized to her “Heroes” co-star Leonard Roberts after the actor penned an essay for Variety alleging on-set mistreatment by Larter.

“I am deeply saddened to hear about Leonard Roberts’ experience on ‘Heroes’ and I am heartbroken reading his perception of our relationship, which absolutely doesn’t match my memory nor experience on the show,” Larter said in a statement to TVLine. “I respect Leonard as an artist and I applaud him or anyone using their voice and platform. I am truly sorry for any role I may have played in his painful experience during that time and I wish him and his family the very best.”

Her apology comes hours after Variety published a lengthy essay by Roberts in which the actor said on- and off-set tension between him and Larter — who played a married couple on the NBC drama — led to his firing after the show’s first season.

“The day after returning from upfronts, I received a call from [showrunner Tim] Kring, my first ever,” Roberts wrote. “In a short voicemail message, he said that due to ‘the Ali Larter situation,’ when the show returned for Season 2, audiences would learn that D.L. had died.”

Roberts described several instances of friction with Larter, including one “intense and loud conversation” with producers over a bedroom scene. Variety said it corroborated Roberts’ story with 10 other people who characterized Larter as a “divisive” presence on set who “did not like working with Roberts.”

According to Roberts, in the meeting to discuss his leaving the show, Kring attributed the decision to their lack of chemistry as a couple. However, Roberts wrote in the essay that his termination was part of a larger pattern of the show sidelining him as a Black actor.

Kring issued his own statement to Variety, acknowledging that a lack of diversity behind-the-scenes and in the writers room “may have contributed to Leonard experiencing the lack of sensitivity that he describes.”

A veteran was shocked to read his own obituary in a forces' newsletter. Col. Ron Back channeled Mark Twain after the mishap in the Airborne…