In mid-2000, 774 ABC's drive host Terry Laidler was replaced by Virginia Trioli – or "Veronica", "Vanessa" and "Fiona", as listeners called her. "We had this hilarious few months where no one could get it right," says Trioli, who is covering for morning presenter Jon Faine until August 17. "It just went on and on."

Management devised a clever solution: it inserted these names into a re-worked version of pop hit Mambo No. 5. ("A little bit of Veronica in my life, a little bit of Vanessa by my side.") At the song's conclusion, Trioli stated her program's correct title. "Drive with Virginia Trioli," she said, emphasising the last two words. 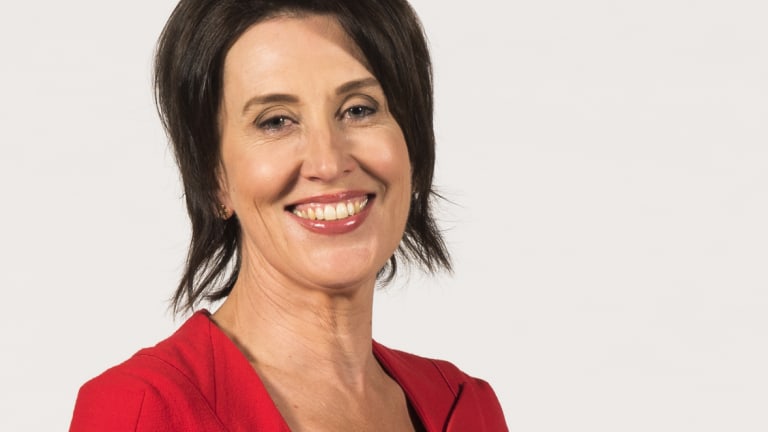 Virginia Trioli is filling in for Jon Faine on ABC Melbourne radio.

It worked: almost immediately, listeners stopped making a hash of her name.

Now – as co-host of News Breakfast with Michael Rowland – Trioli is one of ABC's most recognisable faces. She also has more than seven years’ full-time radio experience: five in drive at 774 (now called ABC Melbourne), and a couple in mornings at ABC Sydney.

Having departed ABC Melbourne more than 13 years ago she won't be drawn on the station's recent ratings slump,  but she's happy to reflect on her early years.

"It took me a long time to realise the show is absolutely not about me," she says.

"The worst crime you can commit as a radio presenter is to be boring."

By definition, ABC's morning program – with its hard news focus, driven by Faine – must react to breaking stories. Trioli will maintain this while also carving out space for a particular issue: the uglification of Melbourne.

Like many residents, she's dismayed by the proliferation of boxy concrete and glass buildings; their scale and appearance entirely unsympathetic to their surroundings. Many cast long shadows, rendering once-attractive streets cold and windswept.

"Shame on anyone who's been part of those decisions," Trioli says.

"It's been done in such an ad hoc way that I fear we're on the brink of stuffing up something that's been very good.

"This isn't just about construction. It's about building places in which people feel happy and safe. Where they can get around easily. Where their health, the education of their kids and they way they work is considered … We actually have to take all these aspects into consideration before we whack up a bypass or cluster of pencil towers."

Working on a magazine-style program such as News Breakfast offers most benefits of radio – yet Trioli is still keen to get back behind the microphone: "We created a fantastic community. You could have a stoush, or have your thoughts heard, or be engaged, or be alarmed or charmed. I really am looking forward to that again."

We will use your email address only for sending you newsletters. Please see our Privacy Notice for details of your data protection rights. The Australian…