90 Day Fiancé stars Kalani Faagata and Asuelu Pulaa met when Kalani was on a vacation in Asuelu’s home country of Samoa. They immediately hit off, and Kalani—who had been raised as a devout member of the Church of Jesus Christ of Latter-Day Saints, or Mormon church—ultimately lost her virginity to Asuelu.

After that first fateful meeting, Asuelu and Kalani‘s relationship was a whirlwind. They had two young boys, Oliver and Kennedy, in quick succession. Kalani was pregnant with the couple’s second son when she married Asuelu in her home state of Utah.

On the fifth season of TLC’s 90 Day Fiancé: Happily Ever After, Asuelu and Kalani have visibly struggled in their marriage. Bitter fights about gender roles, money, and Asuelu’s harsh words towards his wife left them wondering if they should even stay together. But some 90 Day Fiancé fans have taken to social media to argue that Asuelu isn’t the only one in the relationship who should be held accountable for their marital issues. 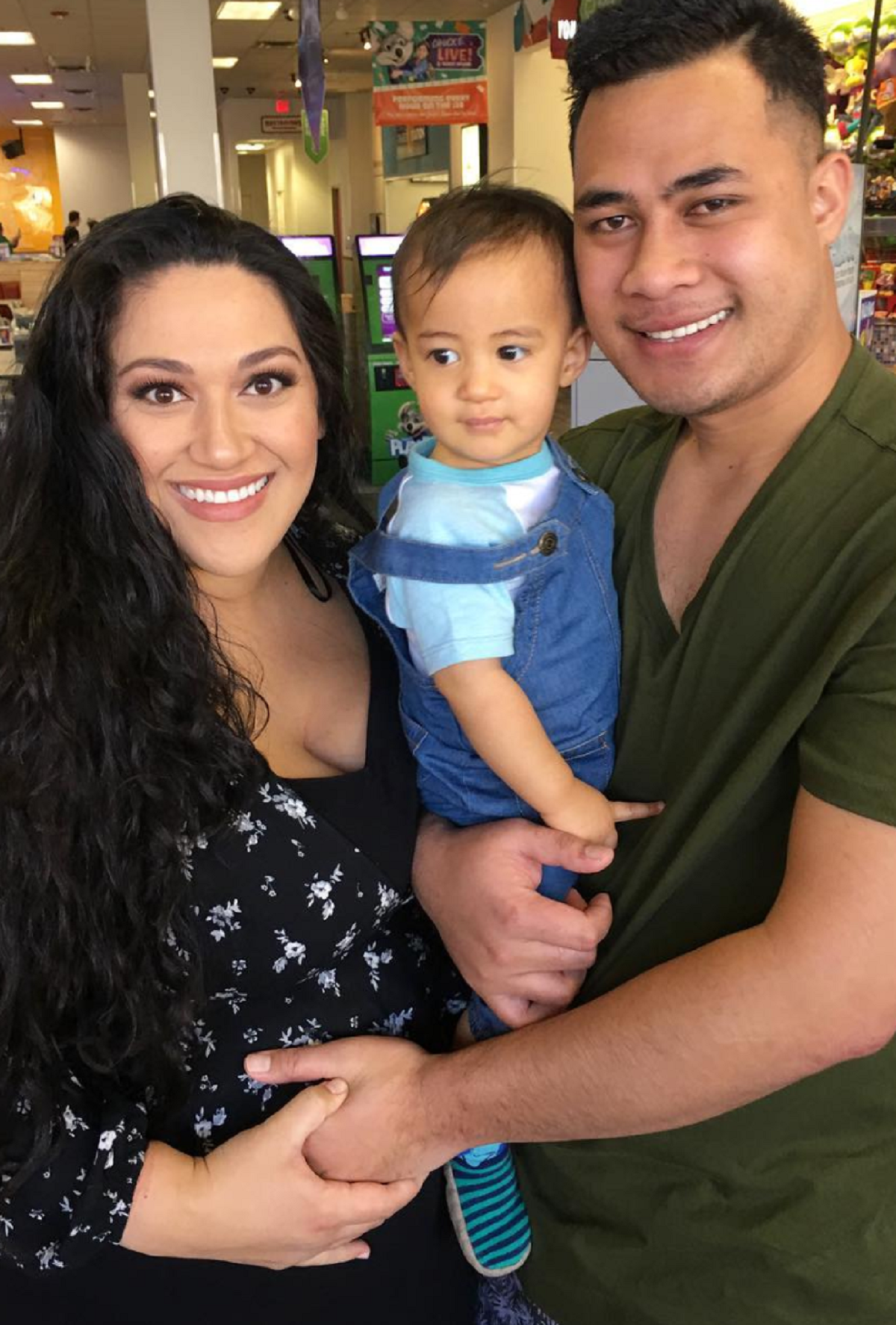 While Kalani and Asuelu have always had issues on 90 Day Fiancé, their recent argument have sent many fans reeling.

On one episode, after finding out that their planned trip to Samoa had to be cancelled due to a measles outbreak, Asuelu was frustrated with his wife.

A road trip from Utah to California turned ugly when Asuelu compared American women negatively to Samoan women in front of Kalani’s mom. The 90 Day Fiancé star even called his wife a “lying b*tch” for claiming that he didn’t help out enough with their two children. Afterward, Asuelu stormed off and spent most of his son’s second birthday weekend alone in his room.

Although Asuelu apologized for his behavior after being confronted by Kalani’s dad, his relationship with his wife broke down once again during a visit to Washington to visit his mom and two half-sisters.

One sister, Tammy, tried to start a physical fight with Kalani when she realized that the couple wasn’t going to give them any money. Afterward, Kalani called his mom and sisters “a**holes,” and Asuelu snapped back that she was “f*cking crazy” and “a f*cking asshole.”

Favorite city with my favorite people 💕🌊

Asuelu’s behavior naturally drew plenty of criticism from fans, some of whom even called even “verbally abusive” after his name-calling. But some fans on Reddit recently argued that Kalani, too, was at least somewhat responsible for the breakdown of her marriage.

One Reddit user argued that Asuelu had lost much of his “spark” after two unexpected pregnancies—which both Kalani and Asuelu were responsible for.

“Asuelu wasn’t some independent man – he has always been light and childlike,” the Reddit user argued. “You both get knocked up like two irresponsible teenagers and get married. Fun! Then right away get pregnant again. Why?”

The 90 Day Fiancé fan continued, “We all loved his light-heartedness but after two children, in a new country and working a job that isn’t about having fun…he isn’t the same.”

Several Reddit users agreed with that sentiment, arguing that Kalani bore at least some of the responsibility for her difficult marriage because she, too, rushed into the relationship and didn’t prevent pregnancy.

“Seems to be common theme on this show. Girl goes on vacay and gets knocked up,” one 90 Day Fiancé fan wrote on the same thread, adding: “What was supposed to be a one-week stand turned into a sh*tty and stressful marriage. This all could’ve been avoided by a box of condoms.”

Another fan agreed, writing, “Yeah, she got herself into that mess and she’s the only one that can take herself out. I do believe she deserves better (at least a better marriage) cause she’s actually trying.”

Pretending we’re in Samoa 😩🇼🇸 🌺🌴🌊 (My sister’s selling these Lightroom presets that can be downloaded onto your phone or on a desktop. See my bio if you want an easy way to make your quarantine selfies look profesh 😜)

In addition to the argument that Kalani, too, was responsible for protecting herself against unexpected pregnancies, some 90 Day Fiancé fans argued that she should work as well instead of being a stay-at-home-mom. Since Asuelu and Kalani have often argued over their financial issues and dealt with money stress, some viewers pointed out that Kalani could get her own job to supplement the family income.

But one Reddit user pointed out that, with two kids, a job might not pay for enough childcare to be worth it.

“I imagine daycare for two kids under 2 isn’t cheap,” they wrote. “Sometimes it’s more affordable for one parent to stay home with two babies in daycare.”

Other Reddit users admitted that balancing out the blame between Kalani and Asuelu didn’t sit right with them. After all, his harsh words towards his wife didn’t truly have a defense, regardless of anything else.

“There’s a lot Asuelu does that anyone would expect would change,” one poster argued. “First, if this story is true and this is the real Asuelu, [he] is a cold son of [a] b*tch.”

Another commenter pointed out that Asuelu wasn’t nearly as innocent as he sometimes appeared on reality TV. After all, he was more than willing to be verbally aggressive when he wanted to be.

“All this little boy act is BS,” one Reddit user exclaimed. “He sure doesn’t sound like that when he’s calling his wife names, he sure knew how to hop a bus away from his family on his son’s birthday.”

Whatever the case, it seems that Asuelu and Kalani ultimately worked through their marital struggles—at least according to their Instagram presence—but recent episodes suggest that it took a lot of work and a rough road to get there.