Strictly Come Dancing is pretty much the biggest show in the UK, so when something goes wrong it’s pretty hard to miss.

While everything normally goes off without a hitch, there’s been swearing, laugh-out-loud mistakes and more than a few pratfalls since the series began over a decade ago.

Here, we’ve rounded up the show’s most hilarious fails to date – and we’re secretly hoping we’ll have more to add to the list by the end of this year. 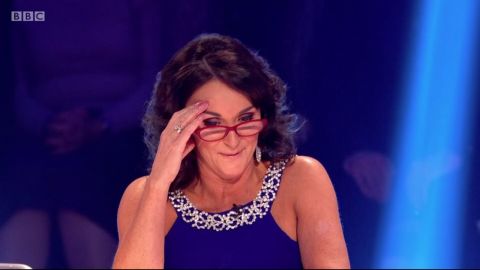 Poor Shirley had only been on the show five minutes and she already managed to royally put her foot in it. When giving feedback to Jonnie, she told him: “You bring a whole new meaning to putting a spring in your step.” Laughing off the comment and pointing out his disability, the Paralympian said, “excuse the pun”.

To say Shirley looked red-faced afterwards would be an understatement. Covering her face with her hand, the judge quipped, “I’ve said something wrong again, do you know what I mean?”

2. Bruno falling off his chair

One memorable moment came during judge’s comments, when flamboyant judge Bruno Tonioli managed to fall off his chair.

After dishing out some insults to Countdown‘s Rachel Riley, Craig Revel Horwood was put in his place by Len Goodman.

“You’ll be clenching your bum cheeks tomorrow,” exclaimed Len, which tickled Bruno so much that he ended up toppling off of his chair. Oops!

Jimmy – who starred in a National Theatre production of Oklahoma! – joined the Strictly professionals for a barn dance back in 2014, and the audience loved every second.

But after his big moment came to an end and Jimmy wandered off to make his exit, he walked straight into a haystack. No, seriously, the dancer went flying!

Tess and Claudia tried their best to keep straight faces, but they weren’t fooling anyone. 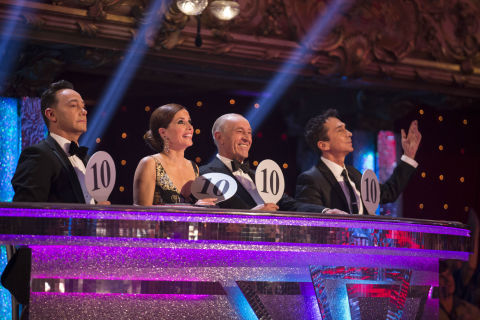 During one of Danny Mac’s appearances on It Takes Two, an on-screen graphic declared that the actor and his dance partner, Oti, had received a score of 38.

She brings the fun to Strictly, but during 2016’s semi-final her latest laughter-inducing stunt wasn’t even planned.

During a skit with Tess, Claudia ended up falling flat on her face. Poor Claudia couldn’t even get up from the mat afterwards, and the incident left her co-star in fits of laughter while trying to introduce the next pair.

“Every time you go near a prop, you let it go and it’s a disaster,” giggled Tess as Claudia was dragged off screen.

6. Natalie Lowe gets caught out

After taking to the dance floor to perform the jive, Greg Rutherford and Natalie Lowe were universally praised by the judges.

After a tough week of training, professional dancer Natalie was over the moon as the pair headed up to see Claudia. Unfortunately, she got a little overexcited however and ended up saying “F**k yeah!” with a huge grin across her face on camera.

She may have been happy, but we bet the BBC weren’t.

We all know Bruno can get overexcited, but he took it to another level when he watched eventual winner Jay McGuiness strut his stuff on the dance floor.

As Tess Daly went to the judge for his comments, Bruno gleefully exclaimed: “Oh yeah, those are the bull’s bollocks!” before the camera cut to a mortified-looking audience and panel.

After scoring some points with the judges for their dance, Lisa Riley and her partner Robin Windsor were so excited they ended up charging towards the stairs to chat to Claudia Winkleman.

But they got a bit too ahead of themselves, and Robin ended up doing a J-Law on the stairs live on television. 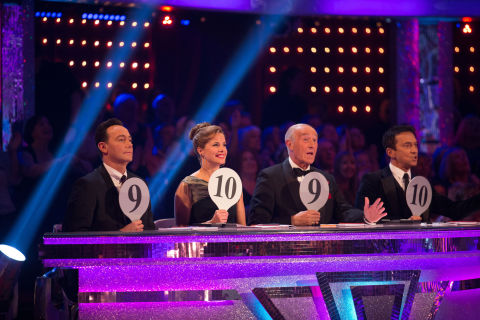 One of the biggest ever controversies on the show came back in 2008, when a voting cock-up left the entire semi-final show essentially redundant. Phone calls were refunded and Ofcom, in its ruling clearing the BBC, concluded that the entire mess was an “oversight”.

Thankfully for the BBC, it’s not happened again since.

Strictly Come Dancing returns to BBC One on Saturday, September 23 at 6.25pm.