But among the many winners and losers from back in the day that we’ve probably forgotten already, there are some surprisingly huge stars who slipped under the radar and totally lost the Eurovision tag…

Yep, even though a young Celine won the whole competition, she became SO huge afterwards that it’s easy to forget where she first found international fame.

Despite being French-Canadian, Celine represented Switzerland in 1988, and triumphed with the tune ‘Ne Partez Pas Sans Moi’.

The first “almost” on this list goes to former glamour model Katie, who gave Eurovision a try in 2005.

She actually came quite close to representing the UK that year, coming in second place in the public vote with her song ‘Not Just Anybody’. She lost out to almost-Girls Aloud member Javine, who ended up finishing in 22nd place. Maybe Pricey would have done better?

Even more amazingly, they finished above Gina G in the voting, who had come back for a second crack. They also beat Andy Scott-Lee, but oh well.

Back when she was still Samantha Janus and before she found fame on shows like Game On and EastEnders, Samantha tried to be a singer.

She was selected to represent the UK in 1991, and finished in a respectful 10th place with ‘A Message To Your Heart’. Yeah, we don’t remember it either.

Just before Kym reinvented herself as a soap queen in Coronation Street, she tried one more time at being a solo artist and went for Eurovision.

Sadly (or perhaps not so sadly for Kym), she only finished in fourth place in the public vote with ‘Whisper to Me’. Daz Sampson won the vote with ‘Teenage Life’ (eugh), also beating Blue’s Antony Costa and some group named City Chix. We only have ourselves to blame.

There was a time that we used to send some serious musical theatre clout to Eurovision. And Michael Ball came so close!

The Ballster finished in 2nd place in 1992 with ‘One Step Out of Time’, losing out to Ireland’s Linda Martin. Give it another go, Mike!

It’s amazing to think that before she became a worldwide superstar thanks to Grease, the UK managed to convince Aussie star Olivia to represent us in 1974.

Unfortunately for her, she went up against the might of ABBA’s ‘Waterloo’ that year. Still, fourth is pretty damn good for us.

Just four years after smashing the charts with The Darkness, Hawkins found himself attempting Eurovision with a bonkers song, teaming up with singer Beverlei Brown. You’d think he would make for perfect Eurovision camp fun, but sadly he finished in fourth place in the public vote.

Just like with Daz Sampson the year before, the UK decided to go with Scooch of all people in 2007. They managed to beat not only Justin, but Atomic Kitten’s Liz McClarnon, Big Brovaz, and best of all… East 17’s Brian Harvey! What a year that wasn’t. 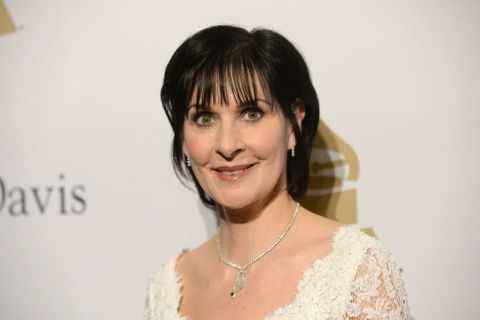 Would you believe it? Irish folky singer Enya almost took part in Eurovision, but didn’t quite make it.

She was part of her former group Clannad back in 1973, but their song ‘An Pháirc’ wasn’t chosen to represent Ireland that year.

The Eurovision Song Contest 2018 final will be on BBC One, Saturday 12 May at 8pm.