It’s a truly massive movie with multiple threads and characters, leaving us with lots to think about. Firstly, there are the questions and theories, then there are the easter eggs, but we also spotted a few plot holes.

Here were the bits that had us scratching our heads…

1. Why does Gamora go to find Thanos?

Gamora holds a terrible secret. She knows where one of the missing Infinity Stones lies and she’ll do anything to make sure Thanos doesn’t get that secret out of her. She’d even go as far as to make Star-Lord, her sort-of boyfriend, promise that if Thanos ever captures her, he’ll kill her (and at one point he even attempts to go through with this promise).

Bit of an oversight, then, that when Thor arrives on the Guardians’ ship and tells them that The Collector has the Reality Stone in Knowhere, and Thanos will be on his way to take it, she decides to join Star-Lord, Drax and Mantis heading to the very place he’ll be, rather than going on the mission with Thor, Rocket and Groot to get a new hammer. Who does that?

2. When was the Infinity Gauntlet made anyway?

We first see Thanos don his Infinity Gauntlet at the end of Avengers: Age of Ultron. So how could it have possibly been made by the dwarves, when his attack on Nidavellir is implied to have happened much later (after Asgard was destroyed at the end of Thor: Ragnarok)?

How many gauntlets does Thanos have hanging in his wardrobe?

3. How does Thanos’s plan make any sense? 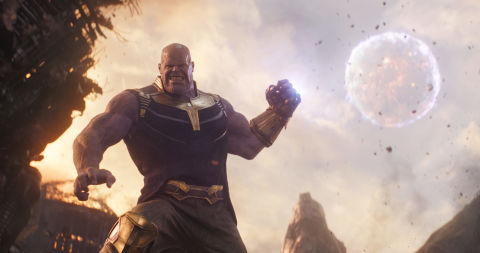 There are a number of problems with Thanos’s plan. First of all, killing one half of the population of the universe is a bit of a one-size-fits-all solution – what if you live on a planet that’s actually very sparsely populated, for example?

Not that it’s entirely clear what Thanos’s criteria is anyway – we’re assuming he’s working on a planet-by-planet basis and only knocking out intelligent self-aware life (so animals and plants are ok). But also, how does Thanos know he’s not going to be on the wrong side of the five per cent? Maybe he just doesn’t care, he’s that mad.

4. The rules of teleportation are all over the shop

Teleportation, like mobile phones, can be a bit of a narrative killer, and there are certainly some gaping holes torn in the plot thanks to the various methods of instantaneous transportation available in Infinity War.

It turns out the Heimdall can summon the Bifrost without his snazzy Asgardian dome watch house, as he does to send the Hulk to Earth. Apart from raising even more questions from the early Thor films, why didn’t he use his ability before all the Asgardians had been slaughtered?

That wasn’t the only means of escape they had – Loki had the Tesseract. It grants Thanos the ability to jump between worlds, but for the god of mischief it’s apparently no more useful than a big shiny bargaining chip.

Doctor Strange has teleporting magic, too, which he completely forgets when wondering how to get off Ebony Maw’s spaceship. Nor does he use his portals to slice Thanos in half (as Wong demonstrated was a possibility earlier in the same film).

Apparently, Thanos is the only one with enough wherewithal to use these powers properly. No wonder he kicks their butts.

5. Why didn’t Doctor Strange use the Time Stone? 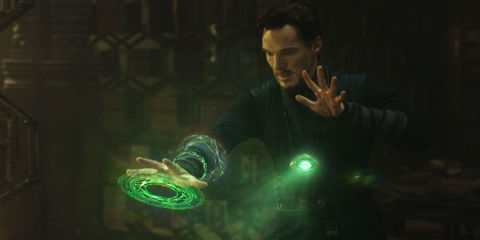 Even beyond his failure to make full use of the cutting powers inherent in his portals, Doctor Strange’s abilities are pretty vague and inconsistent. He has a load of tricks that he could have used against Thanos, but apparently couldn’t be bothered.

His reality-twisting abilities might have come in handy, perhaps dropping Thanos on his head a few times. And then there’s the ultimate weapon in his arsenal, the Time Stone, that the big purple giant wanted so much.

Why didn’t he create another time loop like the one he trapped the extra-dimensional super-sorcerer Dormammu in until the villain just gave up out of frustration? D- for effort, chap.

6. Where were the rhinos? 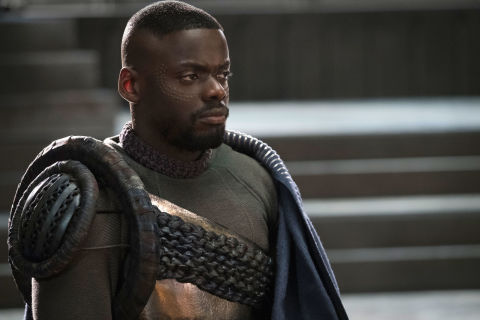