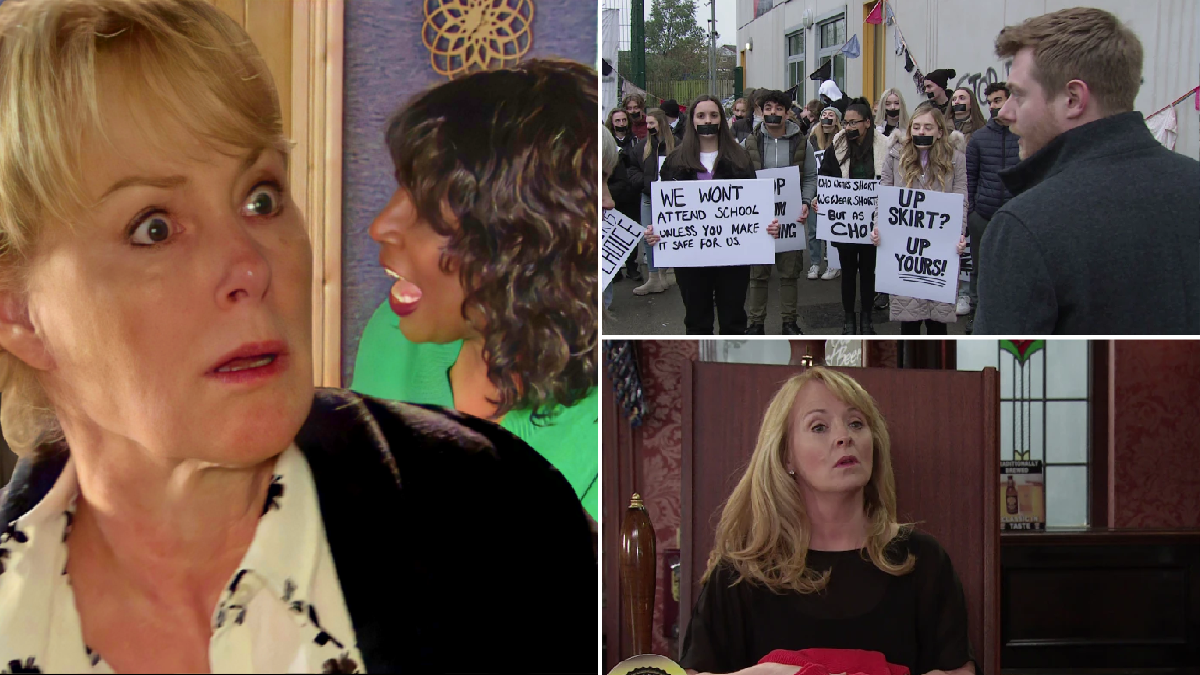 Another extremely eventful week is on the horizon in Coronation Street, as protests are staged, accusations are made, and one resident’s fate remains unknown.

Sally, however, is suspicious, and thus she puts a tracker on his phone. She comes to believe that he’s having an affair with Aggie Bailey (Lorna Laidlaw) and later finds them together, forcing Tim to tell her the truth. As does, however, he collapses with pain, clutching his chest.

Will he be okay?

Amy Barlow (Elle Mulvaney), meanwhile, investigates Summer Spellman’s (Harriet Bibby) upskirting ordeal, which leads her to discover that other girls’ privacy have been violated too, so she makes a stand, spraying ‘Stop Protecting Sex Offenders’ onto the side of the school.

Amy and Summer later discover that the school expects girls to wear shirts under their skirts, and they’re appalled. The pupils fail to show up for class, and Mrs Crawshaw and Daniel later find Summer and Amy leading a protest against the upskirters. Daniel calls the gazette.

It’s all kicking off on the street, and if you fancy a first-look at the drama, check out our first-look gallery below.