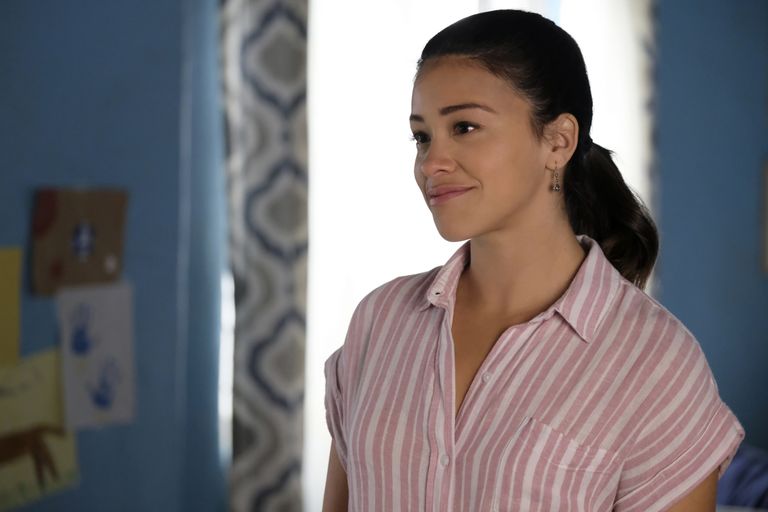 This post contains spoilers for the season-four finale of Jane the Virgin.

Though “Chapter Eighty-One” of Jane the Virgin was full of surprises and new mysteries, one of the show’s biggest conundrums has been in place since the pilot: Who in the world is narrating this thing? As with that other iconic CW show Gossip Girl, the omniscient narrator knows and sees all, but his identity has never been revealed. Showrunner Jennie Snyder Urman has said that the fifth and probably final season will reveal his identity (he’s voiced by Anthony Mendez), but in the meantime, there’s only one thing to do. Theorize!

1. It’s Mateo, Jane’s grandfather. This is one of the most popular theories, thanks in large part to something the narrator said in season three. Jennie Snyder Urman has said that the show has periodically dropped hints about the narrator’s identity; it’s also dropped hints about things like Michael’s death and — spoiler alert — Michael’s alleged resurrection. Anyway, here’s the line in question, from Rogelio and Xiomara’s wedding in the season-three finale: “And Xiomara? Well, she looked perfect. At least to the people who loved her most — which includes me.”

The narrator obviously cares deeply about all of the Villanueva women, but of all the people who might love Xiomara “most,” her dad would certainly be a candidate. The show has never established exactly when Mateo Villanueva died, but he definitely died young and thus could have been observing Xo and company from the afterlife for many years.

2. It’s Mateo, Jane’s son. The quote about loving Xiomara could also apply to Mateo Jr., who is, after all, Xo’s grandson. There are two big holes in this theory, though, the first being that Mateo Jr. wasn’t alive for much of the story that he’s telling. How does he know it all? Secondly, the narrator has an accent, and we already know that Mateo does not have one. This could mean nothing — Gossip Girl was voiced Kristen Bell and was unmasked as someone who didn’t sound anything like Kristen Bell — but given the show’s commitment to the details, this feels like something they wouldn’t overlook.

3. It’s Jane. The past few episodes of season five saw Jane struggling to find inspiration for her next book, but in the finale, it finally struck. She decided to combine her previous unfinished novels into one book spanning generations. Obviously, this book is going to crush it in stores…and might also be the story that we’ve been watching since 2014. In this scenario, the show’s narrator is actually the narrator of the book, and what we’ve been watching play out is everything Jane put in her second novel. Think about it: Jane was a witness to all the events in her own life and she’s asked her family for all the details about things she wasn’t there for, so she probably does know everything we’ve seen happen on screen. The only place where this gets murky is Petra’s story line — Jane definitely hasn’t been present for everything transpiring between everyone’s favorite Czech twins — but there’s still plenty of time for the show to clear that up.