It can sometimes be hard to find LGBTQ holiday movies, period – let alone ones that focus primarily on bisexual, queer, or lesbian women falling in love.

But this year, we got lucky: Clea DuVall had us swooning over Kristen Stewart, Mackenzie Davis, and Aubrey Plaza in the Christmas rom-com Happiest Season. If you want to keep that energy going into the new year, here are three movies featuring queer female couples to enjoy on New Year’s Eve. 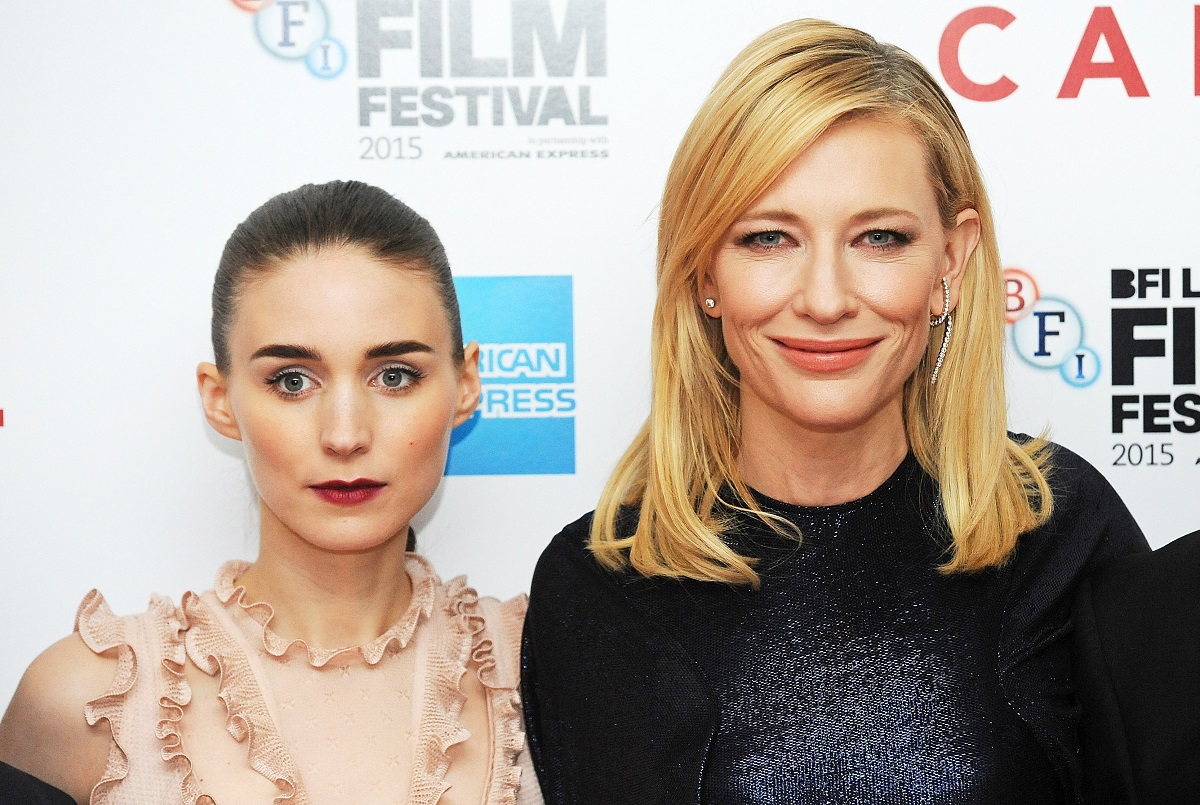 It’s safe to say that Todd Haynes’ 2015 period drama, Carol – based on Patricia Highsmith’s 1952 novel The Price of Salt – is a modern classic, especially when it comes to LGBTQ cinema.

Carol is full of quiet, dreamy holiday cheer. In the moody and beautifully-shot film, we first meet shy photographer Therese Belivet (Rooney Mara) selling Carol Aird (Cate Blanchett) a doll for her daughter for Christmas at the counter of a New York department store. Their passionate, but slow-moving, romance develops over the subsequent weeks, despite the threats that pervasive homophobia pose to their relationship.

The two women take an impromptu road trip after Carol’s husband threatens to reveal her past relationships with women (like Sarah Paulson, who plays her ex-girlfriend, Abby) in order to get sole custody of their daughter. Finally, they share their first kiss – and a beautiful love scene – at a hotel on New Year’s Eve.

While Carol is more slow-paced (and even, at times, tragic) than raucous and jovial, the unabashed celebration of Carol and Therese’s love is nothing short of triumphant. Plus, the last few moments of the film are arguably some of the most romantic in movie history, if we do say so ourselves.

If you’re in the mood for a queer love story that’s more lighthearted – think Hallmark or Lifetime – you might give I Hate New Year’s, a brand-new 2020 rom-com from Tello Films and DASH Productions, a try. Dia Frampton of The Voice stars as country singer/songwriter Layne.

After hitting a creative roadblock, Layne and her best friend Cassie (Ashley Argota of The Fosters) party in Nashville on New Year’s Eve in search of musical inspiration. But while the aspiring singer might still be hung up on her ex, Cassie’s more hung up on Layne.

Season of Love, a 2019 holiday ensemble rom-com also from Tello Films, is comparable to an LGBTQ Love Actually. Six queer women fall in and out of love as they wrestle with work responsibilities, family caregiving duties, canceled weddings, and identity issues in the weeks between Christmas and New Year’s.