There’s a scene in the third episode of I May Destroy You, Michaela Coel’s dizzying exploration of sex and consent, where Arabella (played by Coel) is fooling around with Biaggio (Marouane Zotti), a ne’er-do-well Italian drug dealer. Just before they’re about to hook up, she warns him that she’s on her period, but he’s unfazed. He takes out her tampon and sets it aside… at which point his attention turns to a clump of blood on the bedspread. “What’s that?” he asks her, picking it up.

When I first saw that scene, I reacted probably the way many other menstruating people did: with shock and not a small degree of delight. Being aghast at the volume and composition of your own bodily fluids is a fairly universal experience for any menstruating person. Seeing it not only broadcast on HBO, but cast in a playful and even sort of sexy light was nothing short of mind-blowing. “They showed a clot,” I texted a friend. “A clot!” “An iconic moment of Clot Visibility,” she responded.

In an effort to make sense of the mayhem of 2020, many cultural critics have been attempting to categorize it as the “Year of [insert word or phrase here]” — TikTok, OnlyFans, Trump lip-syncher Sarah Cooper. In actuality, 2020 has been the Year of Period Visibility on TV. The Netflix series The Queen’s Gambit depicts a teenaged Beth Harmon (Anya Taylor-Joy) having her first period at an all-male chess competition, blood dripping down her leg as she crafts a makeshift pad out of toilet paper; this near-universal experience was also captured in an episode of Pen15, in which Maya, played by Maya Erskine, clogs the toilet in an effort to conceal evidence of her first period at a sleepover party (she is unsuccessful). Season Four of Big Mouth devotes an entire episode — called, what else, “The Hugest Period Ever” — to Jessi’s (Jessi Klein) heavy period, complete with close-ups of a crimson-smeared talking vulva. “It’s chunky,” she says with horror at one point, holding up a clot. (Jessi’s vulva, voiced by Kristen Wiig, curbs her host’s body shame and talks her down: “It’s fine, it’s totally normal, it’s my favorite time of the month, whoo!” she says, intermittently regurgitating blood.) And, perhaps most memorably, in the Borat sequel on Amazon Prime, Borat’s daughter Tutar (Maria Bakalova) joyously flashes her blood-soaked underwear to horrified spectators at a Southern debutante ball.

The 500 Greatest Albums of All Time

All of this representation constitutes a seismic shift from the days of advertisers using blue laundry detergent as a stand-in for blood in menstrual pad commercials. And it’s largely female showrunners like Coel who are leading the charge. “Periods are something so normal — it’s weird to see how it’s been stigmatized to be something strange when it happens,” I May Destroy You co-star Weruche Opia told The Guardian of the clot scene. “It was shocking to see the things that you would talk about with your friends but not actually see on television, in the script.” 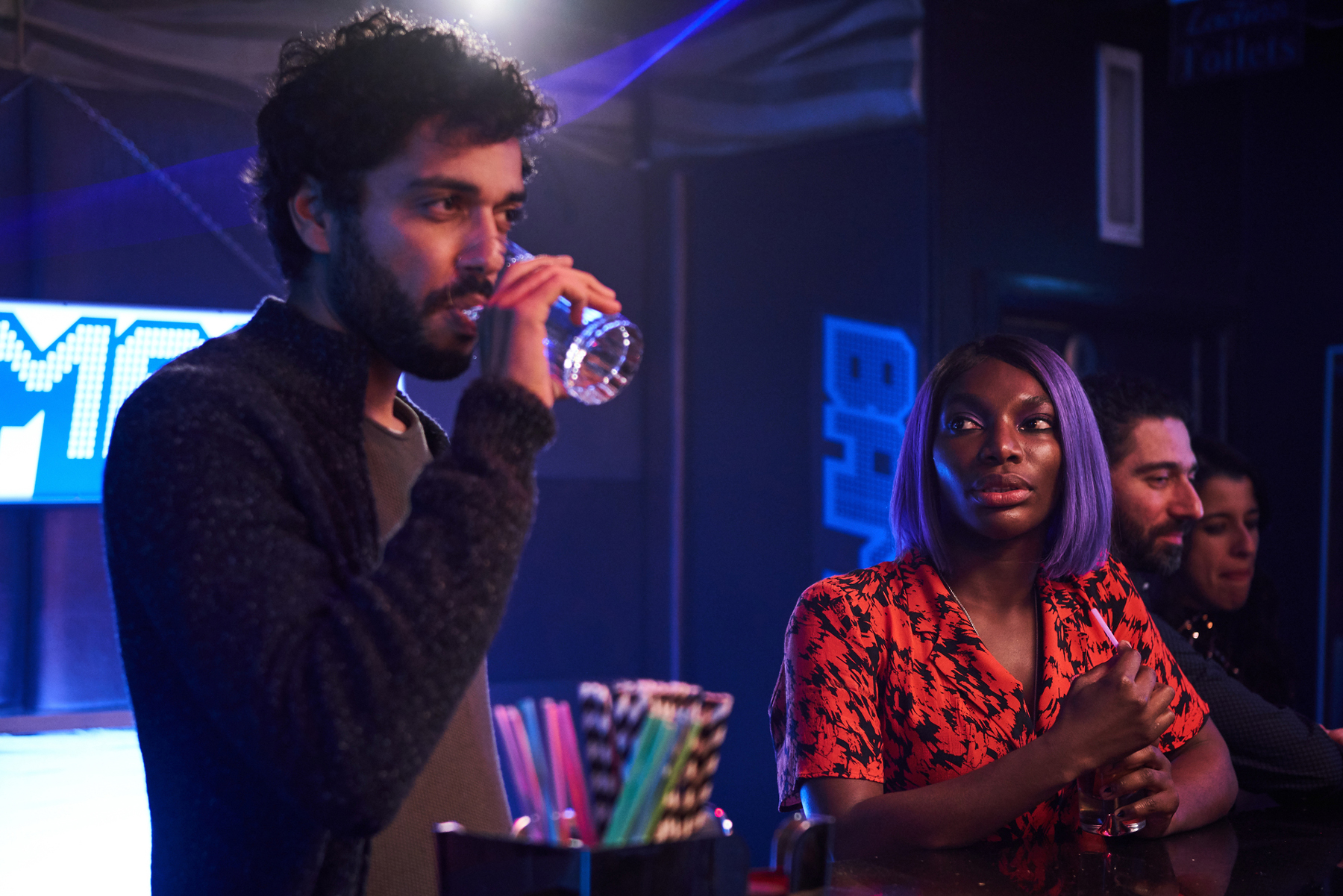 Marouane Zotti and Michaela Coel in ‘I May Destroy You.’

The increasing shift toward period visibility hasn’t all happened in one (crimson) wave. In the Nineties and early aughts, it was fairly common for shows like 7th Heaven to spearhead Very Special Period Episodes for their pubescent female characters, though few would go so far as to show actual blood or use of a sanitary pad (let alone a tampon, or God forbid, a menstrual cup). And while I distinctly remember an episode of Degrassi: The Next Generation where the main character, Emma Nelson, gets her first period in homeroom — the camera showing the telltale splotch all over her dolphin bell-bottom jeans — the moment was largely played for shock value, similar to the “most embarrassing stories” section in Seventeen Magazine, a gag meant to underscore the grotesque indignities of adolescence.

Over the past decade or so, showrunners like Girls‘ Lena Dunham, Crazy Ex-Girlfriend‘s Rachel Bloom (who featured a paean to period sex as a running joke in the show’s third season), and Orange Is the New Black‘s Jenji Kohan have all made the choice to depict menstrual blood on their shows in a far more progressive light. Period: End of Sentence, a short film about Indian villagers making low-cost sanitary pads for impoverished women, even won Best Documentary Short Film at the Academy Awards in 2019, a moment that was hailed as a watershed for the menstrual equity movement worldwide.

Yet even on shows like OITNB or Broad City, showcasing a character’s menstrual blood was intended to be something of a punch line in itself, a shocking gesture toward female empowerment, seemingly meant to generate headlines on millennial women’s websites, but not to offer any genuine engagement with the subject. Rarely have periods been depicted for what they are: a quotidian part of nearly 50 percent of the population’s lives.

With the blood clot scene in I May Destroy You, we may have reached another level in menstrual representation, where periods, and the messy expulsions and viscera that accompany them, are seen not as a sight gag or biological horror, but as a total non-issue. And while increased Clot Visibility may not have been what we were expecting to check off on our 2020 bingo scorecard, considering how dismal the rest of the year has been, we’ll take our wins where we can get ’em.