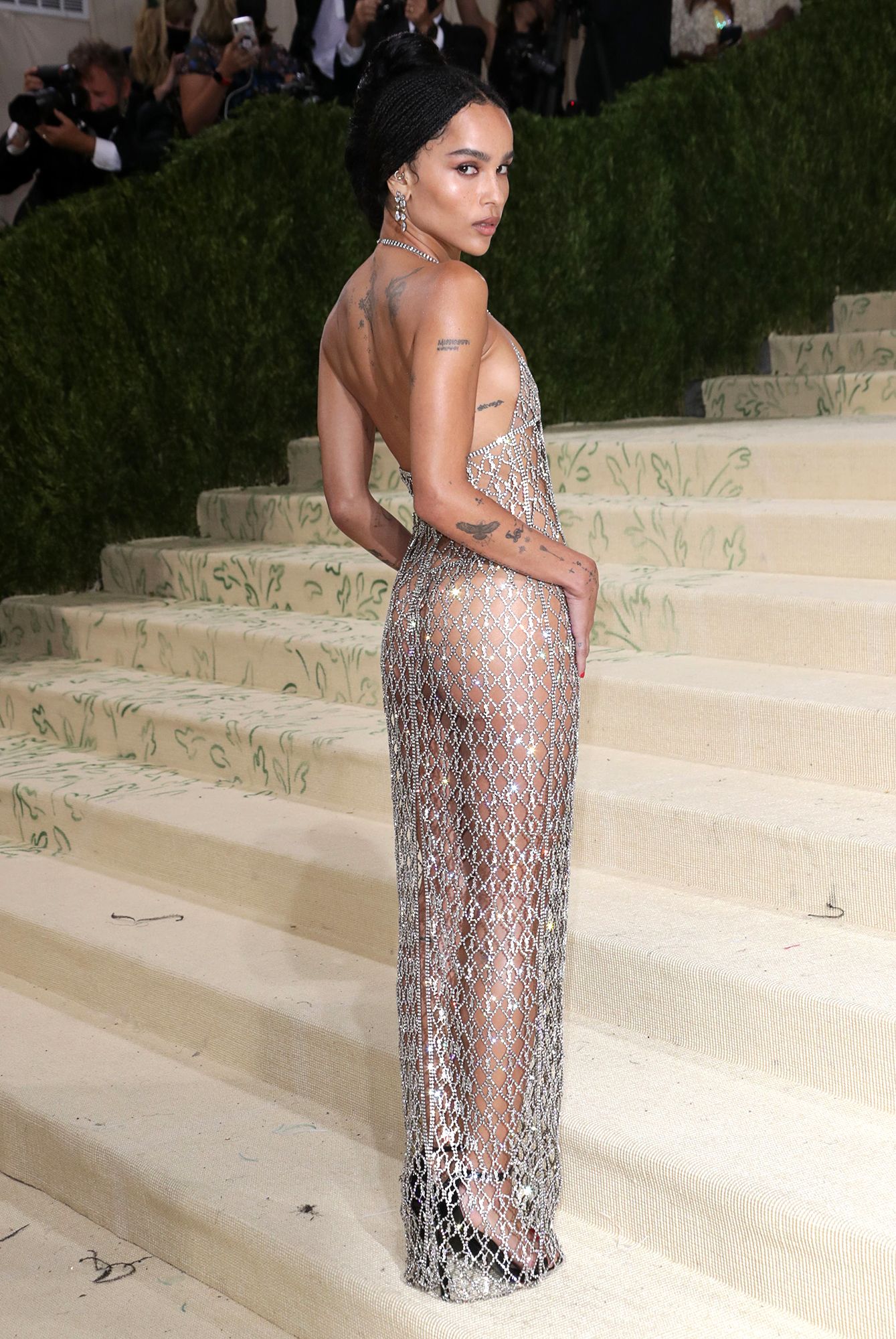 Proud of her curves! After Zoë Kravitz stunned both Met Gala attendees and social media alike with her nearly naked, embellished gown at the 2021 fundraiser in New York City, one social media user criticized the revealing look.

“I don’t understand why they go practically naked,” an Instagram follower commented on the 32-year-old actress’ photo of her Saint Laurent by Anthony Vaccarello gown. “She’s gorgeous. Why does she feel the need to wear a dress like this??”

In response, the Big Little Lies alum called out their message: “Being uncomfortable with the human body is colonization / brainwashing. It’s just a body. We all got em.”

Kravitz shared two photos of her Met look on Wednesday, September 15, two days after the festivities occurred at the Metropolitan Museum of Art. She captioned her post “☝🏽” and tagged the designers’ accounts.

Celebs Fight Back on Social Media

“Let me be clear: I am in love with you,” Mindy Kaling commented at the time. Kravitz’s BLL costar Kathryn Newton also added, “No one does it like you period.”

Kravitz hit the red carpet solo during the gala — though her beau, Channing Tatum, also attended — and showed off her svelte physique in the see-through, diamond-encrusted getup.

While the couple — who first sparked romance rumors in August — walked the carpet separately, further photos from the evening revealed the pair attended afterparties together.

The Magic Mike star, 41, then reposted a photo of the duo at the Alicia Keys-hosted afterparty on Wednesday.

“This night!” Tatum captioned an Instagram Story post, posing with Kravitz, Moses Sumney and Keys, 40. “No body [sic] wanted to trifle with us on the dance floor music and vibe was next level. Thank you @aliciakeys.” 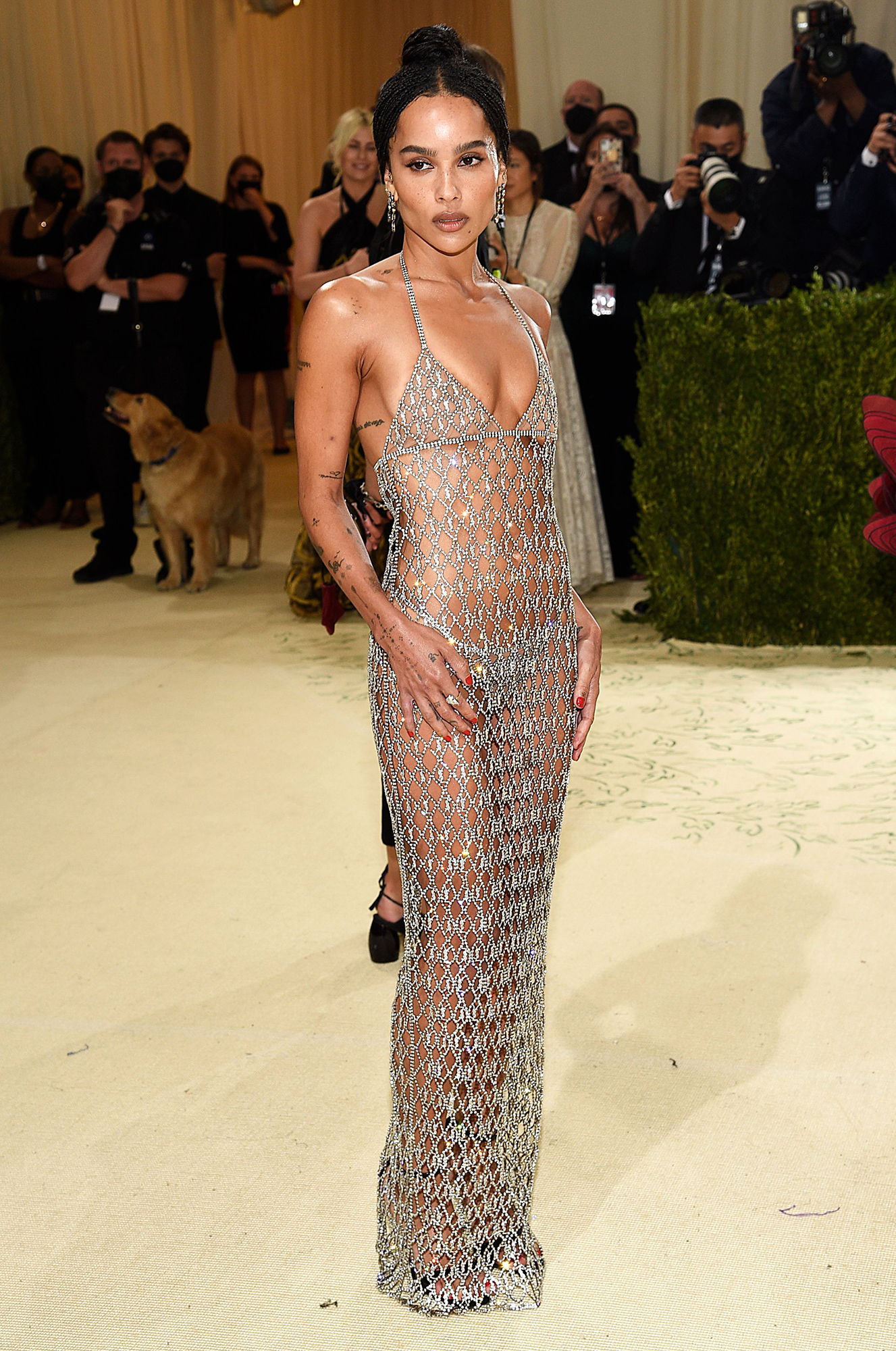 The “Girl on Fire” crooner initially shared the snap via her Instagram, captioning it, “Woooooowww!!! Still soaring! What a magical night!!!! Celebrating #LALA and life!! #TheSecretSoiree Thank you to all of our friends and loved ones for bringing the light!!”

Us Weekly confirmed on August 30 that the actors were dating after working on their upcoming film, Pussy Island.

“They both thought the other was cool, fun and attractive, but never acted on it because they were never single,” a source exclusively told Us at the time, noting that “things turned romantic fast” while collaborating on the project.

Tatum was previously married to actress Jenna Dewan — with whom he shares daughter Everly, 8 — from 2009 until their 2018 split. After the pair’s breakup, he dated Jessie J on and off between 2018 and 2020.

The Divergent actress, for her part, wed Karl Glusman in May 2019. They split in December 2020. The former couple’s divorce was finalized in August.