A comedian who claims to have created the ‘Wagatha Christie’ pun – now a global headline – says he’s shocked that three years after he first made the joke, it’s being used in the High Court and is ‘in the mainstream’.

Dan Atkinson, a writer and comedian who lives in Kent, said he first realised that the pun was catching on around 20 minutes after he first tweeted it on October 9th 2019, the same day that Coleen Rooney revealed that she believed fellow WAG Rebekah Vardy had sold stories about her to the press.

Rebekah, they wife of Leicester City strike Jamie Vardy, is suing Coleen following the much-publicised fallout. The pair are currently embroiled in a £3million libel battle at the High Court.

Writing in The Observer, Atkinson said he was staggered that people had monetised his phrase – with one entrepreneurial stylist reportedly making £50,000 in 24 hours after putting the comedy moniker on black t-shirts, saying he hadn’t profited from his line. 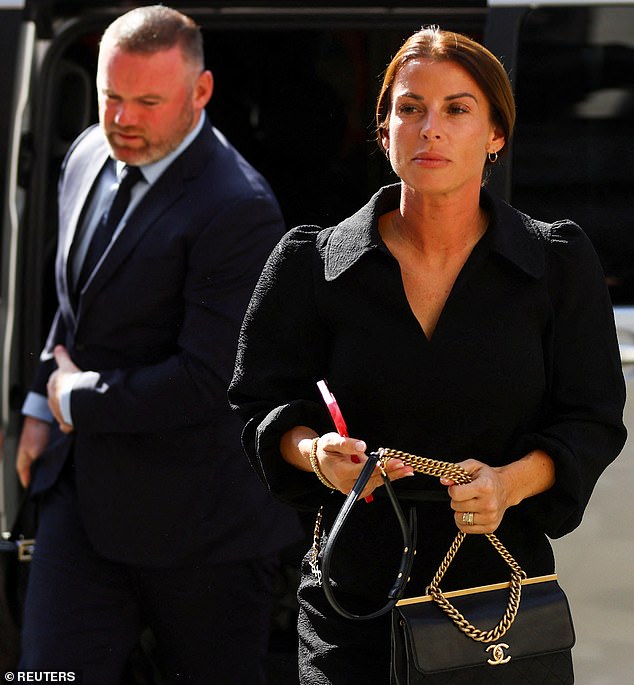 Writer Dan Atkinson tweeted the pun ‘Wagatha Christie’ on the day Coleen Rooney revealed she thought Rebekah Vardy had been leaking stories about her to the national press – the term was used in the High Court this week during Vardy’s £3million libel trial against Coleen Rooney (Pictured: The Rooneys arriving in court today) 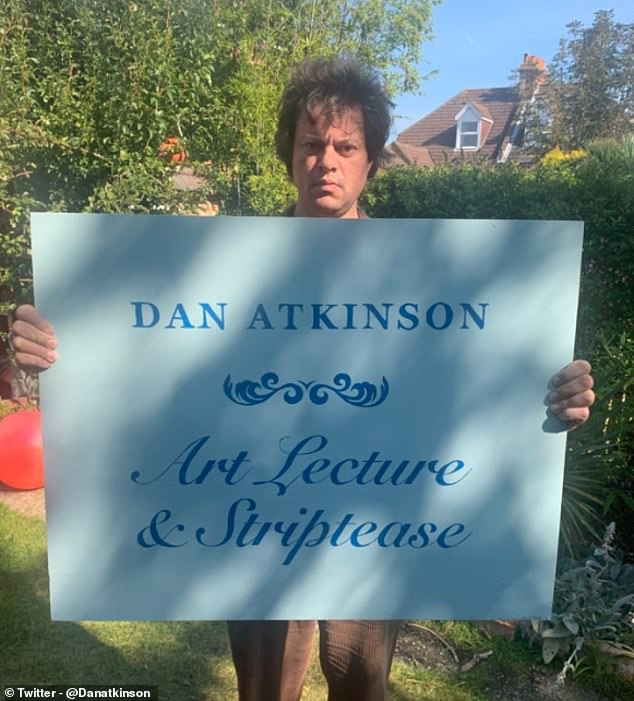 Missed opportunity: The Kent-based writer said he never thought about monetising the slogan despite one entrepreneurial stylist reportedly making £50,000 in 24 hours after putting the comedy moniker on black t-shirts

He added that he’s mortified that he also spelt the pun incorrectly. The original tweet read ‘WAGagatha Christie’, a typo that will, says Atkinson, ‘haunt’ him.

The funnyman said of his moment in the spotlight that it was clear within five minutes of tweeting that people liked the phrase… but he didn’t expect it to go viral.

He said he was shocked that some quipped he should be ‘knighted’ for making the joke.

Three years on, Atkinson said it’s been a unique experience watching the phrase thrust out into the mainstream once again.

He wrote: ‘I was entirely unprepared for the absolute Wagalanche of articles and headlines that were produced; I haven’t been able to open a website or newspaper without having my preposterous phrase thrust upon me in 32-point.’ 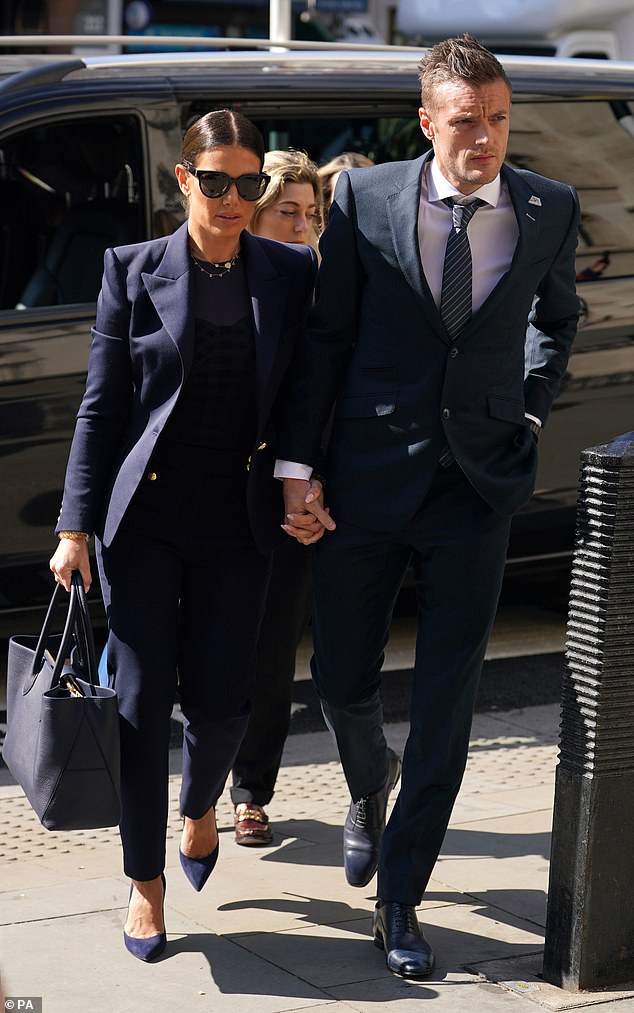 Super sleuth:  Atkinson’s phrase about Coleen Rooney’s (left) detective skills sent the internet wild three years ago, with fans rushing to honour her on Wikipedia and call her the ‘reincarnation’ of Agatha Christie (right) 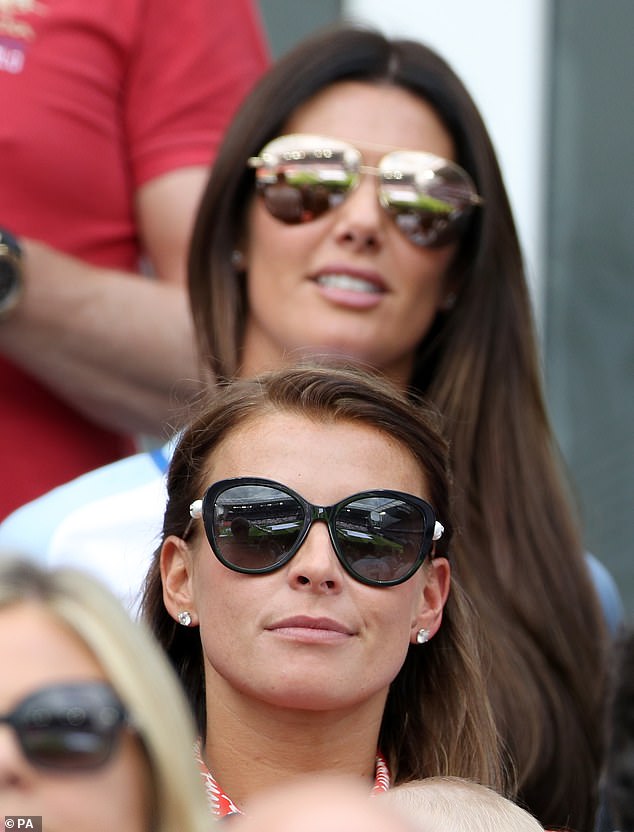 Friend to foe: Coleen Rooney and Rebekah Vardy are at loggerheads over Coleen’s accusations that Rebekah sold stories about her after reading them on the WAG’s private Instagram account (The pair pictured supporting their partners at a World Cup match in 2016) 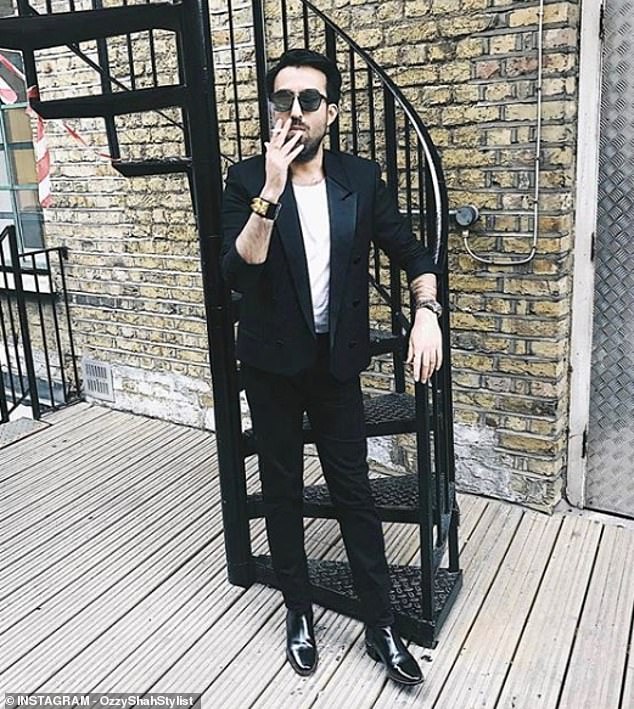 Smoking a fat cigar! Ozzy Shah says he can’t believe how many of the T-shirts he’s sold – and even raised the price from £9.99 to £11.99 after realising just how interested people are

And missing out on the copyright opportunities, he admitted it hadn’t dawned on him that there might be a chance to make money from his words, saying: ‘It hadn’t even occurred to me that there might be a profitable angle. I was content enough that I’d achieved something that had impressed my kids for nearly 45 whole minutes…’

Stylist Ozzie Shah cashed in on Rooney and Vardy’s very public spat at the time by printing t-shirts emblazoned with the words ‘Wagatha Christie’.

Spotting the attention the spat garnered, Shah began selling the t-shirts at £11.99, offering 10 per cent of sales to the charity MIND.