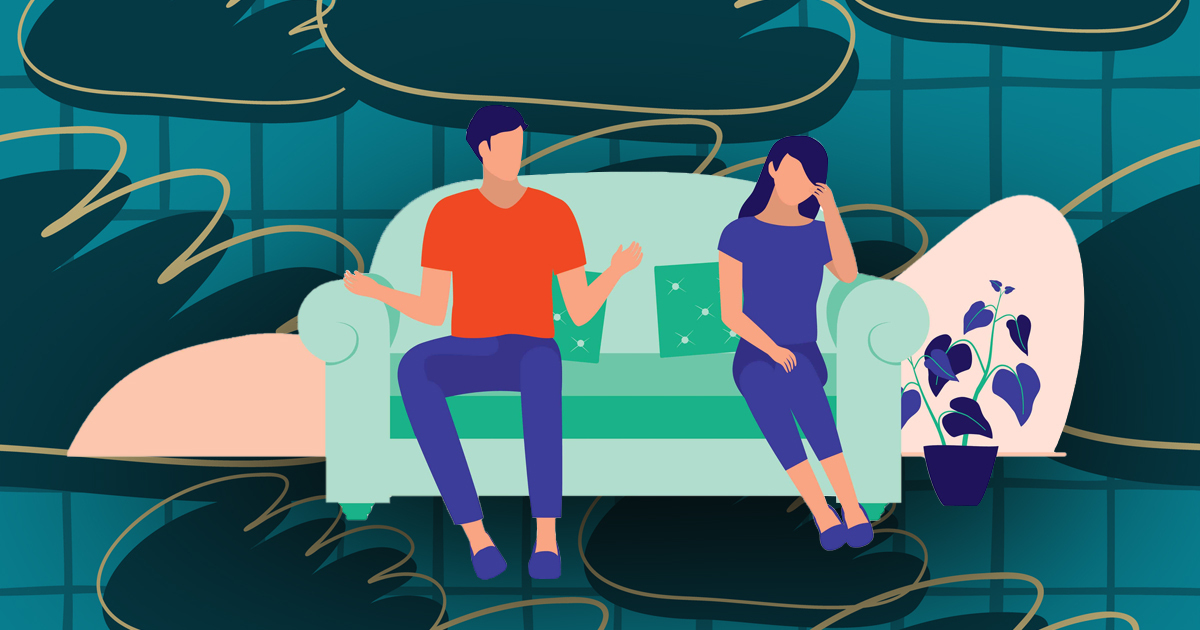 A new study suggests so, finding that as romantic relationships progress, women become more depressed and less satisfied than men.

The findings were published in the June 2021 issue of the Journal of Family Psychology.

Social scientists looked at data from a nationally representative sample of Germans and drew on the experiences of 554 people who were in two romantic partnerships over the course of the study.

At its heart, the investigation wanted to look at how an individual’s feelings about themselves and their lives changed over the course of a relationship.

Did they live happily ever after upon getting married? Do people fare better in romantic relationships if they had substantial previous experience?

And because women are stereotyped as relationship experts, do they really experience a self-esteem boost when they’re in love?

The examination found that over the course of the first relationship, people tended to feel worse about themselves and their lives. Self-esteem suffered and depression kicked in.

The same effect was seen years into the second relationship. While at the beginning ‘a honeymoon effect’ was experienced, eventually they felt no more satisfied with their lives, self-esteem was low and they felt more depressed.

At each point, the research found women felt worse than their male companions.

As the first relationship moved on, both males and females felt poor, but women lost more of their self-worth.

Meanwhile, towards the end of the entire study, it was women who felt more depressed and suffered a drop in confidence as a whole.

Furthermore, married couples were compared to those dating or cohabiting. The researchers discovered that marriage didn’t make these people any more satisfied with their lives or with themselves. They also didn’t feel any less depressed.

So what does the study indicate in a wider context? Well, society has a fascination with romantic love and we often see it as a gateway to happiness.

However, this research shows that real people in relationships can feel worse over time and a partnership cannot protect them from that.

And while at the beginning of these dalliances self-esteem improves, it does not last.

All in all, it rejects the notion that women gain more from romantic partnerships.

So if you’re trying to pursue happiness, chasing down a relationship might not be the best approach.

Send us an email at [email protected]