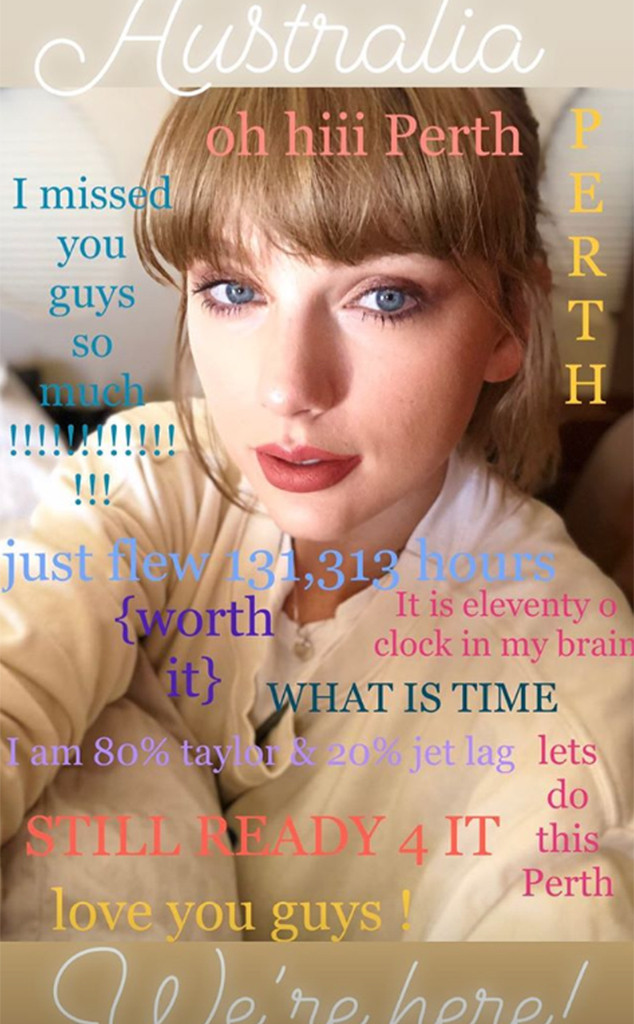 Most likely no. The 28-year-old singer began the Australian leg of her Reputation tour on Friday, with a concert in Perth—where the time is 12 hours ahead of Eastern Time. And flying from the East Coast to Perth would take more than a day.

Indeed, about an hour after Kloss surprised fans by posting a wedding photo that noted the date—10.18.2018—in the caption, Swift posted on her Instagram Stories a selfie, writing, “Oh Hiii Perth… just flew 131,313 hours…It is eleventy o clock in my brain…WHAT IS TIME…I am 80% taylor & 20% jet lag…STILL READY 4 IT.”

Swift did, however, show Kloss some love by liking her wedding pic. And the singer could still attend be there on the model’s second big day; the two are planning a larger celebration of their marriage in the spring, People reported.

Swift and Kloss, 26, have been friends for more than six years. See cute photos of the two together over the years. 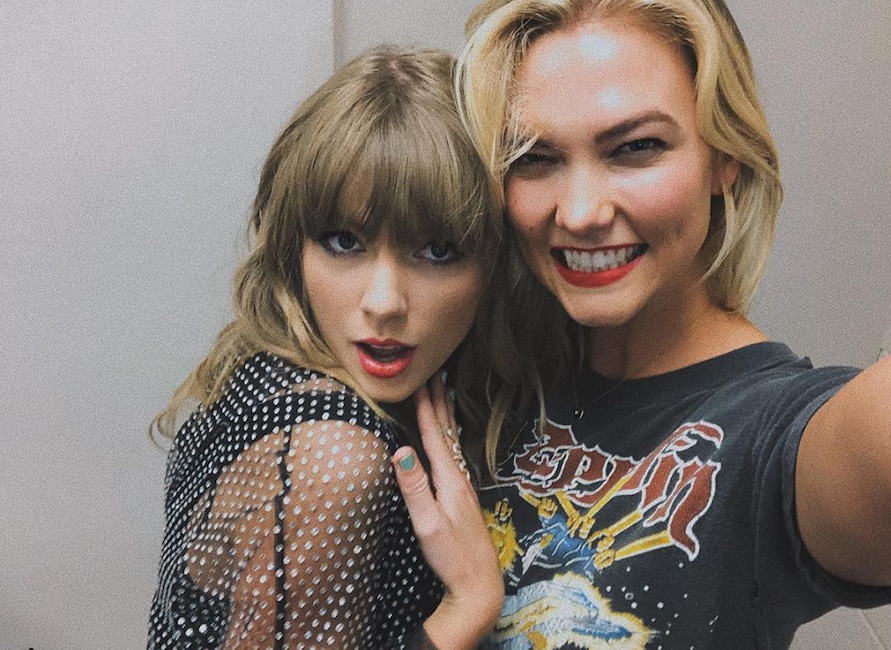 The two reunited backstage at the singer’s concert in Nashville in August 2018. 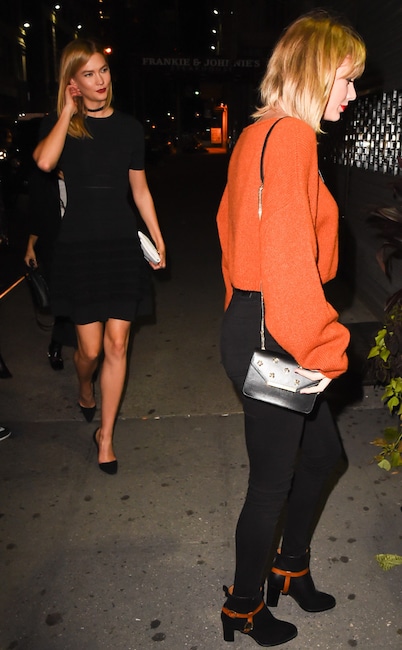 The two depart the Bowery Ballroom in Soho in 2017. 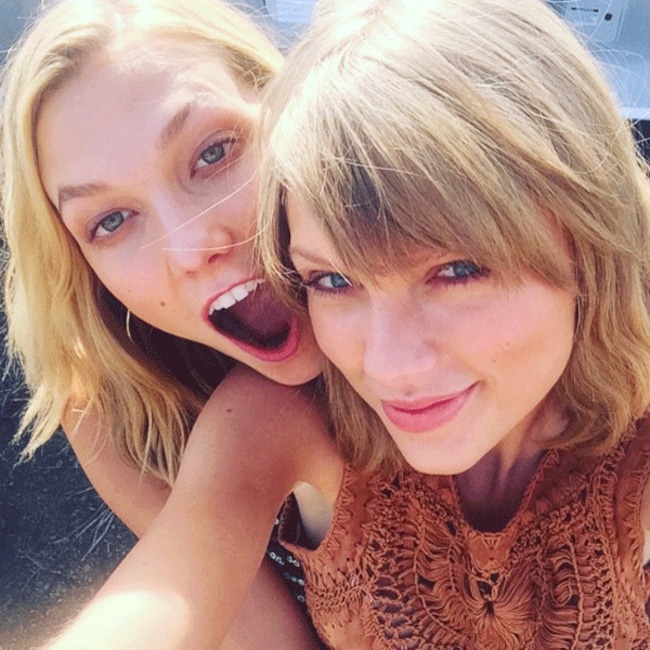 Smile for the Selfie

Swift posted this throwback selfie on Kloss’ 24th birthday in 2016. 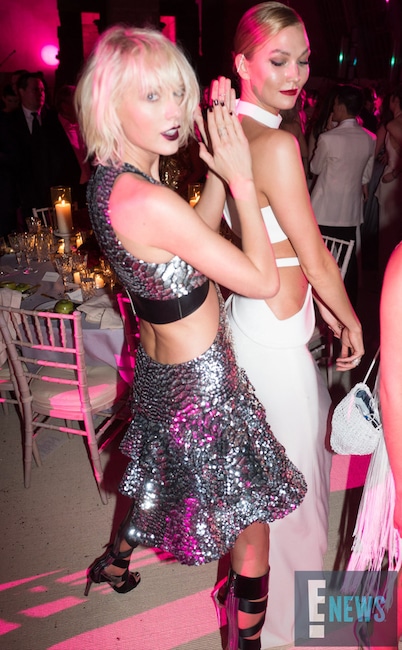 The two party inside the elite star-studded event. 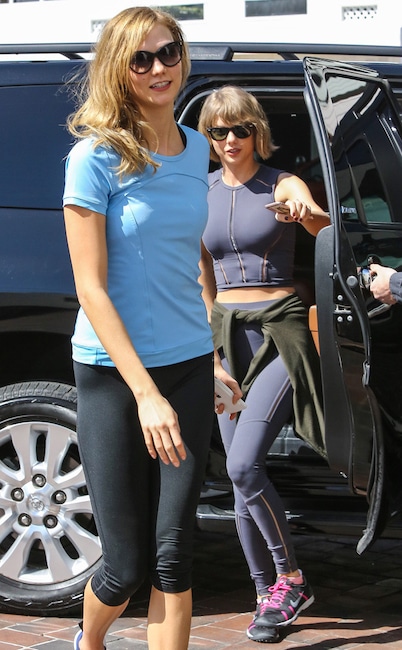 The two are spotted at the Four Seasons Hotel in 2016. 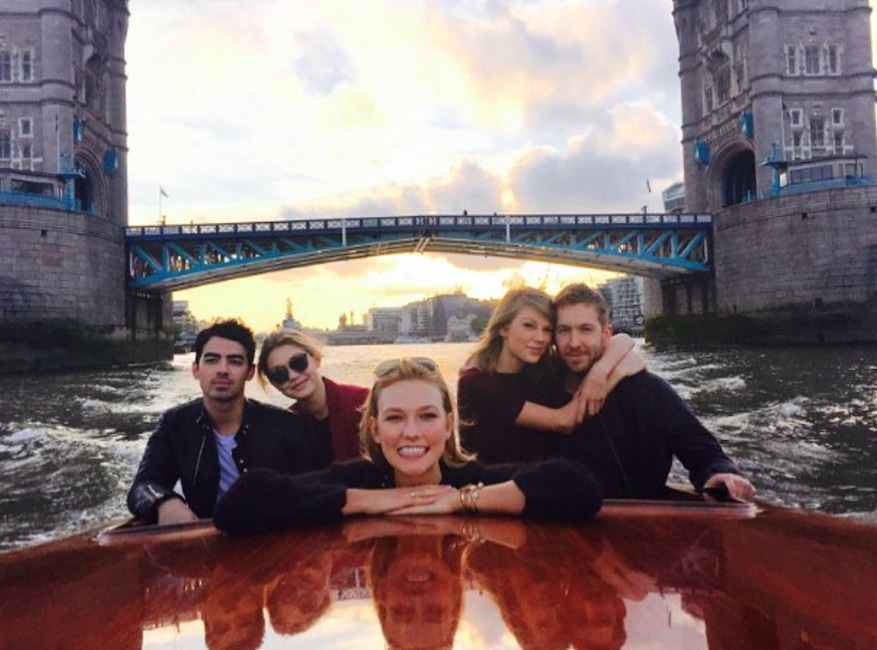 The two join Swift’s then-boyfriend Calvin Harris and pals Joe Jonas and Gigi Hadid on a boat ride to The Killers concert in London in 2015. 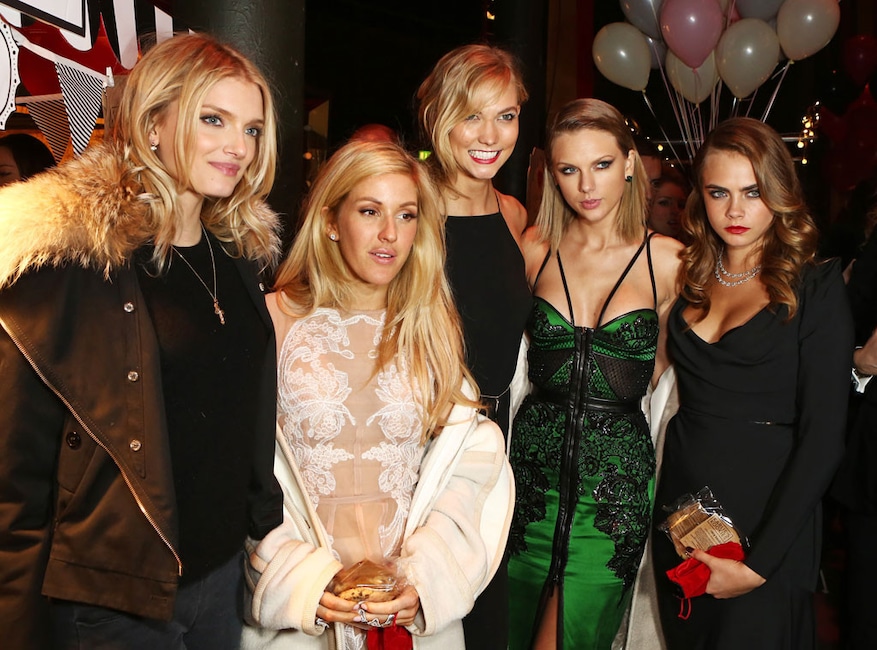 The two pose with Lily Donaldson, Ellie Goulding and Cara Delevingne at the World’s First Fabulous Fund Fair 2015, which Kloss co-hosted in support of The Naked Heart Foundation at The Roundhouse in London. 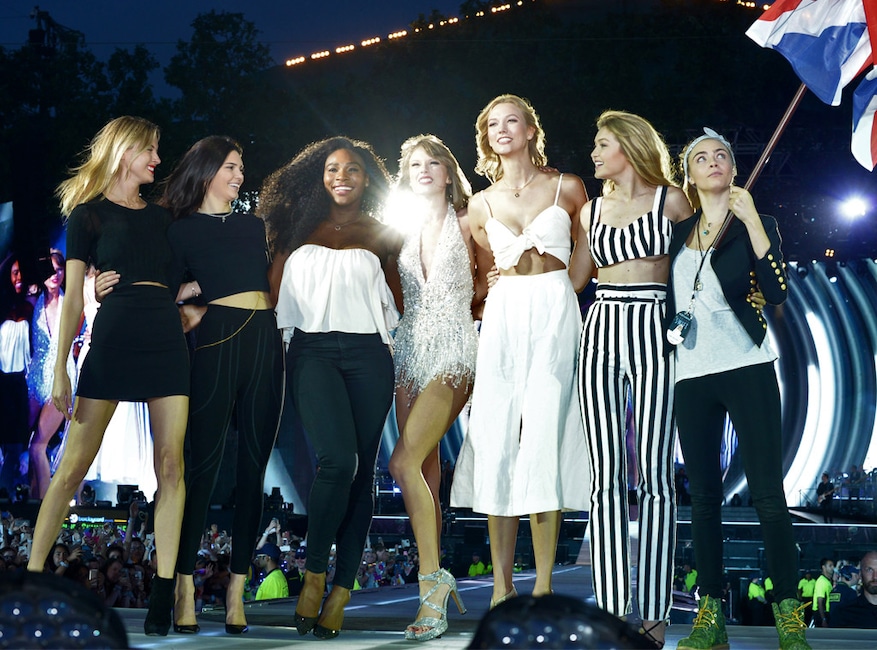 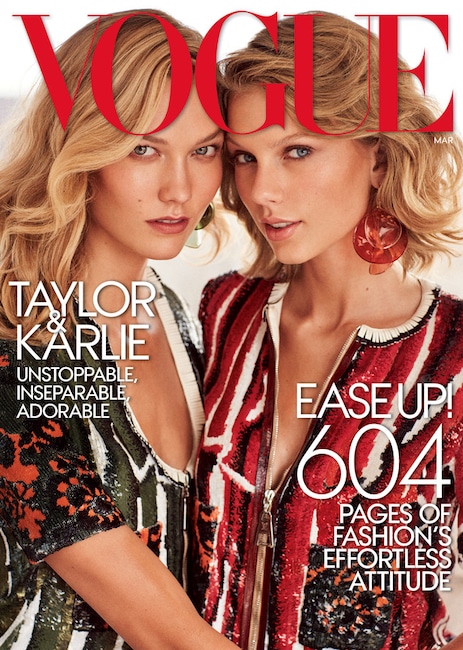 The two grace the cover of Vogue‘s March 2015 issue. 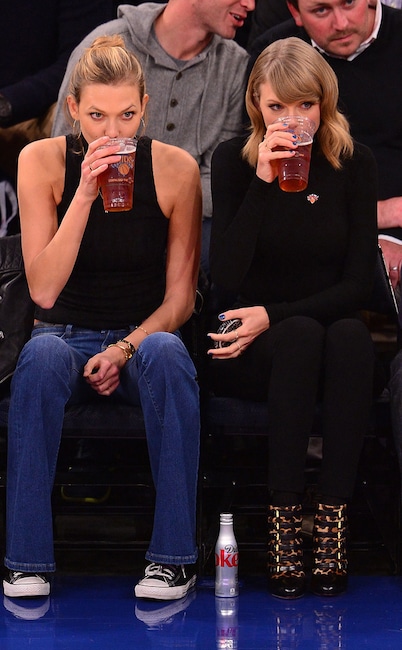 The two drink beer at a Chicago Bulls vs. New York Knicks game at Madison Square Garden in 2014. 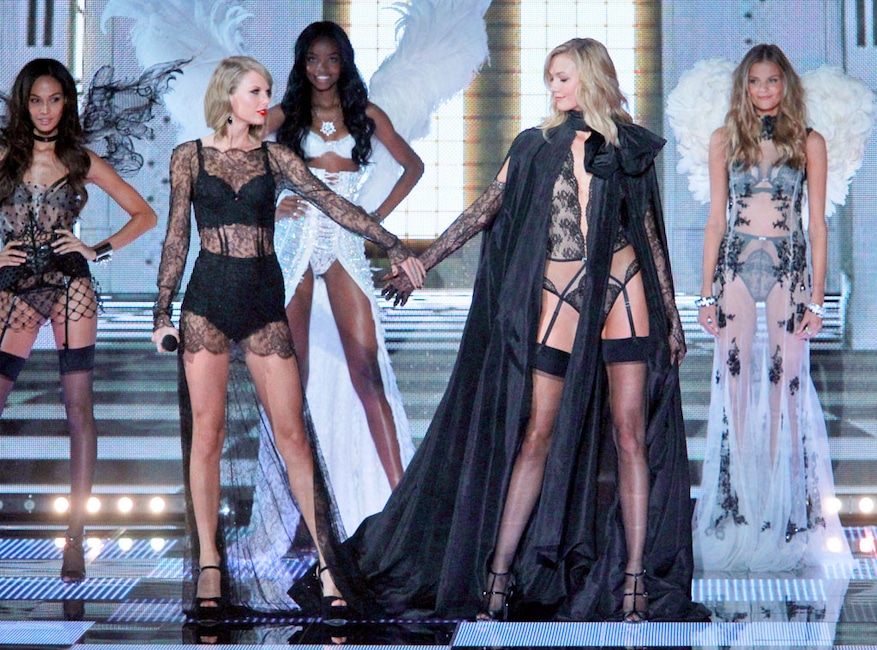 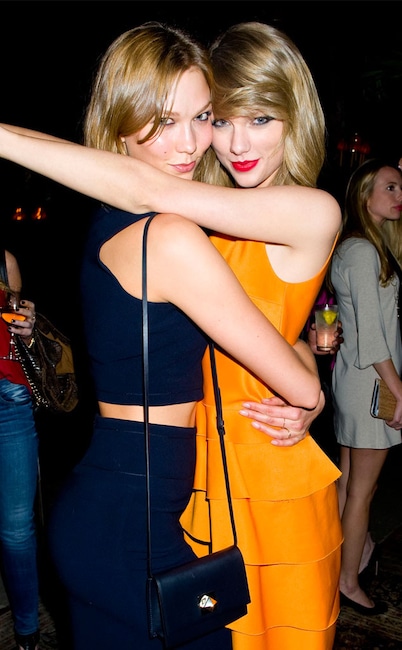 The two embrace at Harry Josh’s annual HairBall Party in 2014. 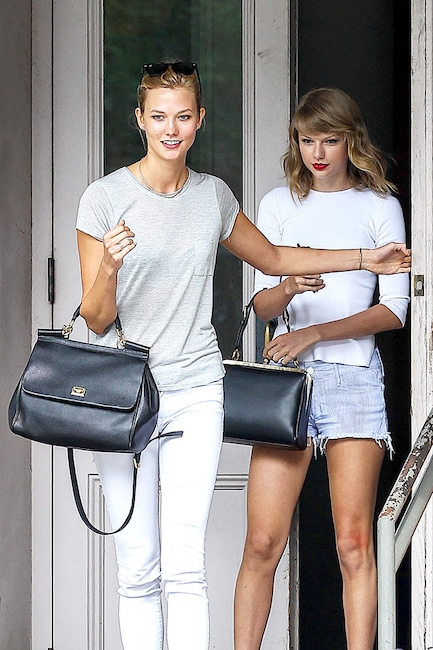 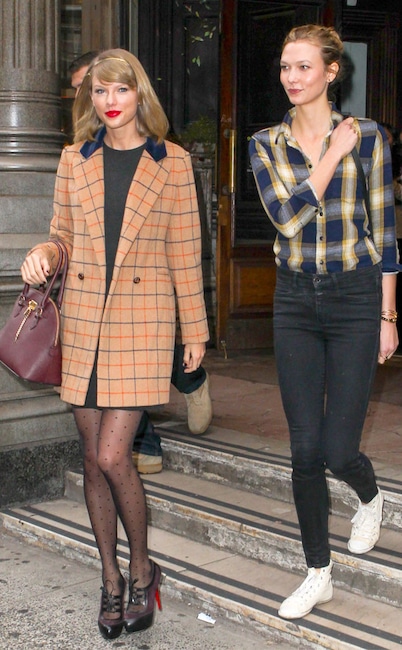 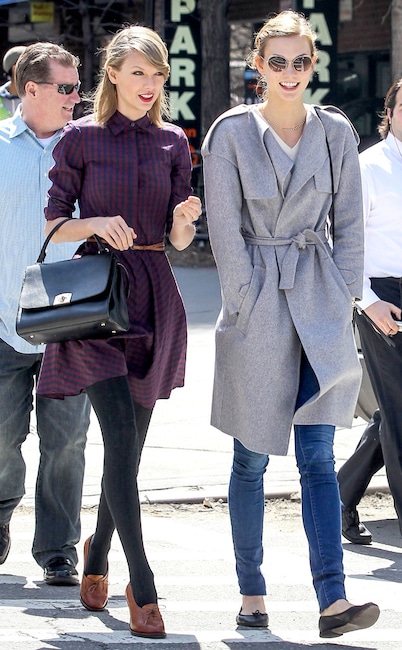 The two head to the Tracy Anderson studio in New York in 2014. 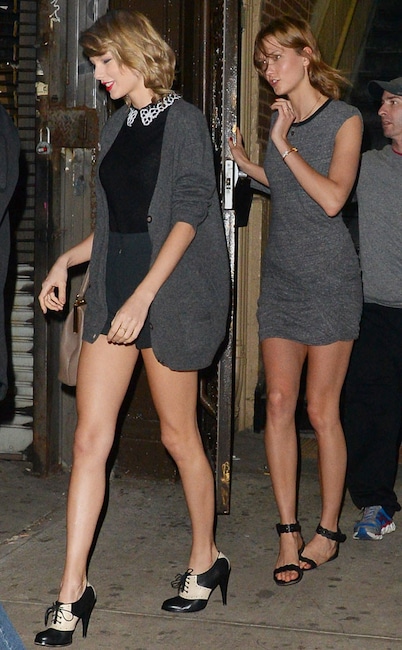 The besties head to dinner in NYC. 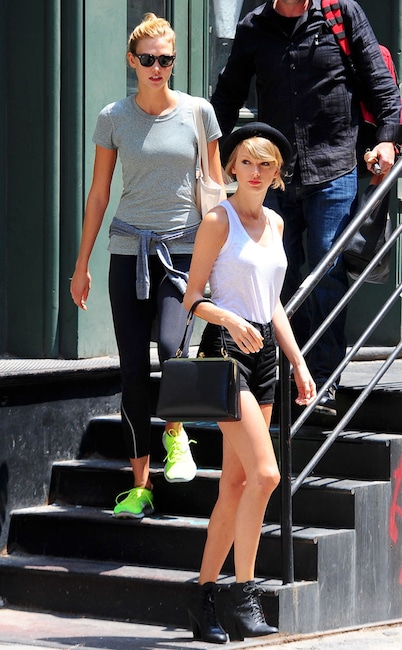 The two hit the gym together in New York City in 2014. 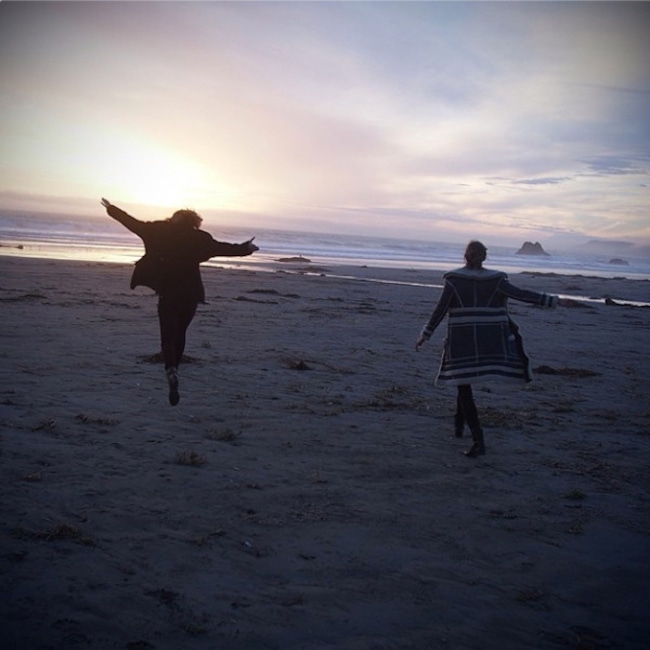 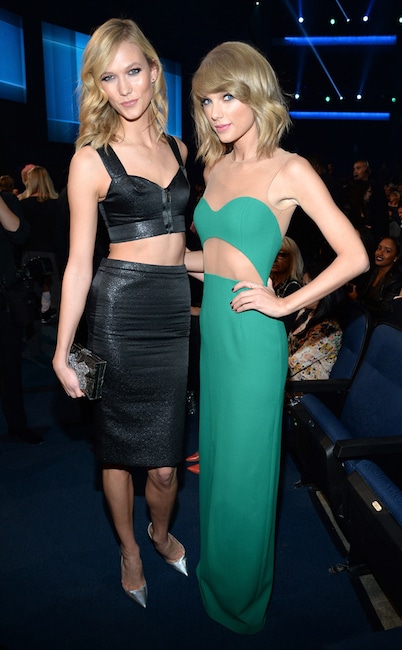 The two appear together at the 2014 American Music Awards. 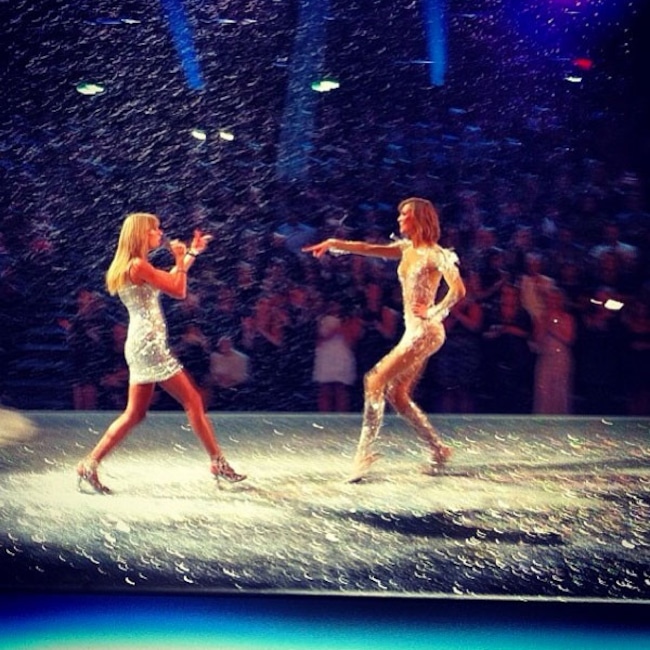 The two appear on the runway at the 2013 Victoria’s Secret Fashion Show.

In 2017, there were rumors Swift and Kloss had had a falling out. In March, Kloss responded to the reports, telling the New York Times, “Don’t believe everything you read.” The newspaper said she and Swift were good friends and talk frequently. 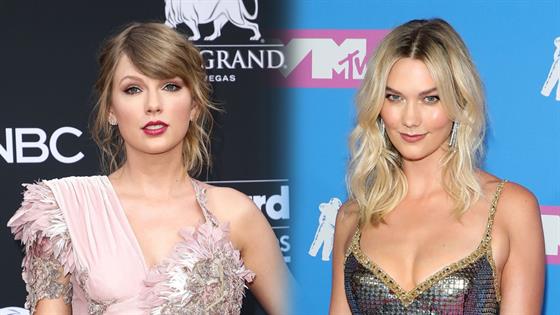 In August, Kloss attended Swift’s concert in Nashville and the two also reunited backstage for their first public photo in almost two years.

“No one puts on a show like @taylorswift…” Kloss wrote alongside a selfie. “#ReputationTour Nashville was out of this world, I am SO proud of you.”

In an interview for Vogue‘s 73 Questions series that was posted last week, Kloss debunked the feud rumors again.

“Taylor and I are still really good friends,” she said.