Following in her footsteps? While Reese Witherspoon has had an enviable Hollywood career, she’s not ready for the movie of her life to be made just yet.

“Well I don’t think all the chapters of my life have been told yet, so I don’t think I’m ready for a biopic,” the Hello Sunshine founder, 45, revealed during a Thursday, September 16, interview with Fox 5 New York.

But when that time does come, Witherspoon isn’t on board with the idea of her lookalike daughter, Ava Phillippe, playing her.

“She’s not an actress,” the Big Little Lies alum told the outlet. “She’s so happy with her life and I am just so enormously proud of her and the incredible, compassionate young woman she’s become.”

Reese Witherspoon’s Kids Ava, Deacon Vacation With Their Significant Others

She continued, “It’s very cool having adult children. You just can’t believe that they’re grown up. I could cry talking about her, I love her so much.”

The Morning Show star welcomed Ava, now 22, in September 1999 with her ex-husband, Ryan Phillippe. Witherspoon previously opened up about the lack of support she felt after her daughter was born. 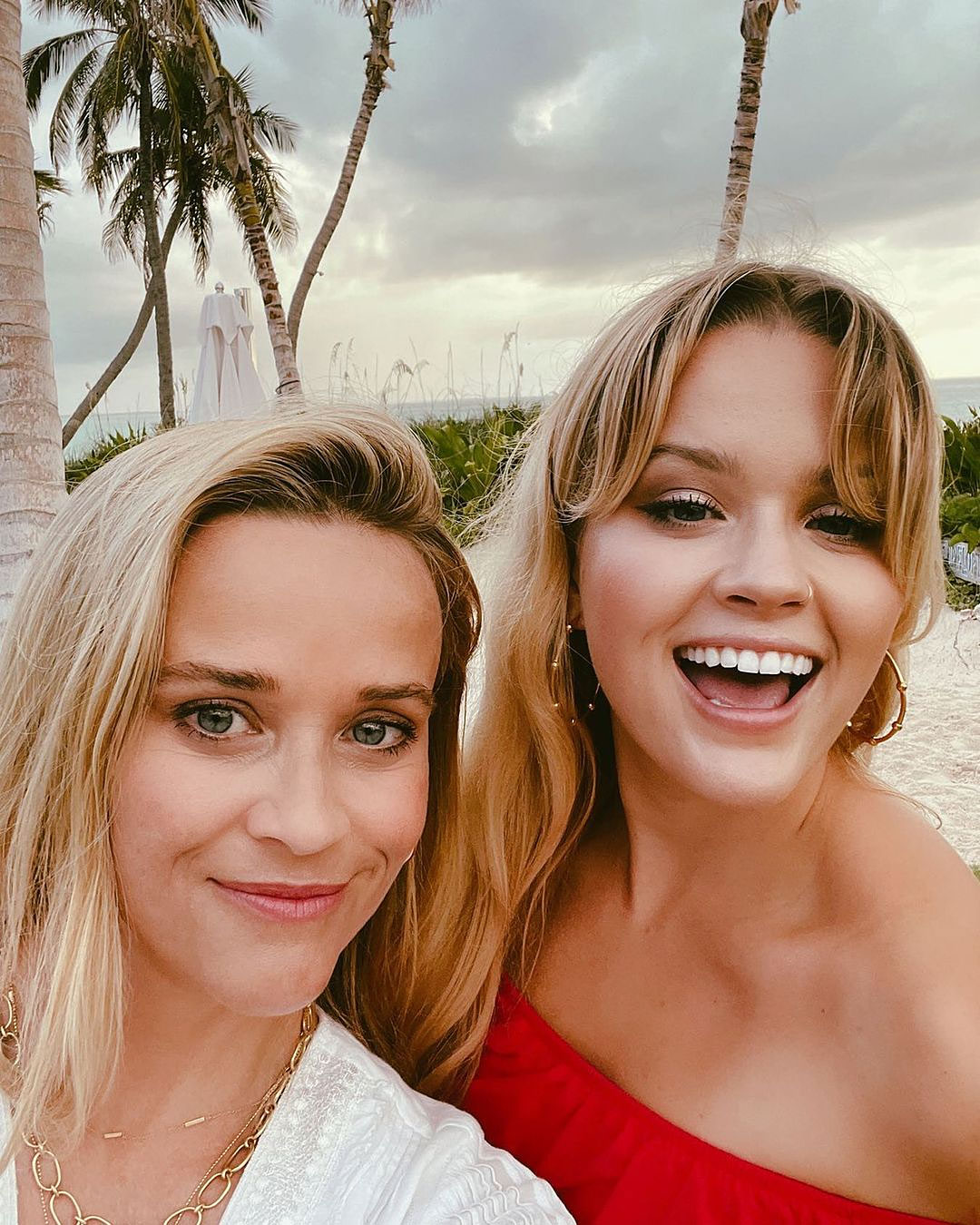 “I did not have a lot of support with my first baby and I learned really early, like, this is not going to work,” the Home Again actress explained on the “We Are Supported By” podcast in August. “I tried to muscle through for five months with Ava, just not sleeping and I became delirious.”

While speaking with podcast cohosts Kristen Bell and Monica Padman, the Legally Blonde star noted that she “couldn’t have worked” when Ava was still an infant.

“I was lucky enough to have money saved and I didn’t have to work, but it’s just not a one-person job,” she added. “I would even say it’s not a two-person job.”

Witherspoon wed the I Know What You Did Last Summer actor, now 46, in June 1999, three months before Ava was born. They later welcomed son Deacon Phillippe, now 17, before they eventually split in 2006.

Since their breakup, the pair have maintained an amicable coparenting relationship.

“It’s a feeling-out process,” the Big Sky star told HuffPost Live in 2014. “I think we’ve gotten to a really great place. It’s going well, and she’s happy and remarried, and our kids are incredible. I’m proud of the way we’ve handled it and who our little people are.”

Following their split, Witherspoon married Jim Toth in 2011. The next year, they welcomed their son, Tennessee, now 8. The Cruel Intentions actor, for his part, moved on with Abbie Cornish and Alexis Knapp. He shares daughter Kai with the Pitch Perfect actress, 32.