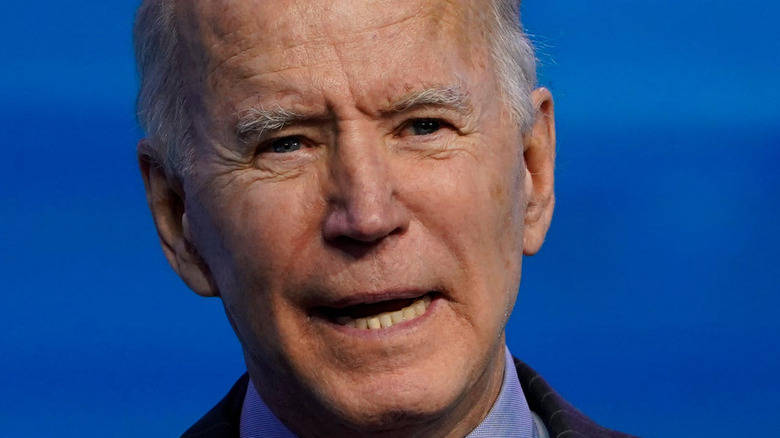 It might have been all smiles and warmth for President Joe Biden when he met with America’s allies in Europe for the G7 and NATO meetings these last few days, but those smiles looked a bit more difficult to come by when he finally met with Russian President Vladimir Putin. As Biden put it, “The tone of the entire meeting was good, positive. The bottom line is, I told President Putin that we need to have some basic rules of the road that we can all abide by.” For his part, the Russian leader thought his American counterpart to be “a balanced and professional man, and it’s clear that he’s very experienced” (via CNN).

Whether both sides got they wanted out of the meeting, which wrapped up earlier than it was meant to is still unclear. But what is clear is that Biden became irate when CNN’s Kaitlan Collins asked him how he was confident that Putin would change after their meeting. “I’m not confident he’ll change his behavior. Where the hell — what do you do all the time. When did I say I was confident?” the president said, confronting Collins. “I said, ‘What will change their behavior is if the rest of the world reacts to them and it diminishes their standing in the world,'” Biden added. “I’m not confident of anything. I’m just stating a fact.” To his credit, the president apologized after his outburst (via Yahoo).

President Joe Biden is known to have a short temper 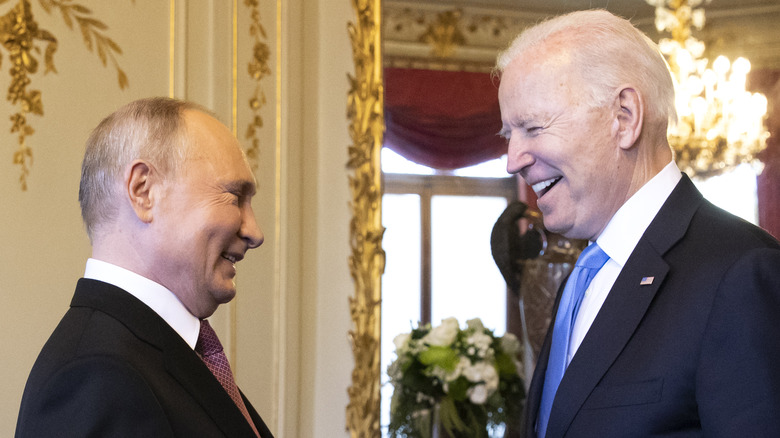 President Joe Biden’s flash of temper wouldn’t have been surprising to White House staff members, who admit that while the president might have the folksy demeanor of an older relative, he actually has a short fuse, particularly when he needs to get his head around important policy matters. As one advisor put it to The New York Times, the president needs time and plenty of discourse to come to any policy decision. He seeks out plenty of details, and he asks many questions (some of them, obscure), and an answer with too much jargon can cause the president to snap. Biden has even been known to cut off advisers who he feels could be wasting his time. One of his former speech writers, Dylan Loewe has said that as a result, “You become so hyperprepared. I’ve got to answer every conceivable question he can come up with.”

But while he has a short temper, The New York Times also quotes aides who also say he is quick to show warmth, as CNN’s Kaitlan Collins can probably now attest to after her brush with his temper in Geneva.