If you’re looking for a show to round out your summer of TV marathoning, look no further than Deadwind, Netflix’s new crime drama from Finland. Deadwind, which debuts on Aug. 23, originally premiered on the Finnish network Yle on Mar. 14. There, the show is called Karppi, after its main character, Sofia Karppi. Karppi is a detective that returns to work shortly after the death of her husband, only to discover the murdered body of a young woman on a construction site and unleash an alarming chain of events. But is Sofia Karppi based on a real person?

Finnish actor Pihla Viitala plays the titular Karppi, but there’s no indication that she or any of the rest of the parts of the narrative are based on real life. Rather, the 12-episode Season 1 is a work of fiction from writer and director Rike Jokela, with help from co-writers Jari Olavi Rantala and Kirsi Porkka.

Sofia Karppi might not be based on a real person, but there was actually another character that inspired this one. In an interview with Drama Quarterly, director Jokela revealed that he had worked on a female detective character previously in a series called Virta, and wanted to revisit a similar concept with a different timeline. "Ten years ago, I did a crime show called Virta (River)," he said, "which cent[e]red on a female cop in her 30s. She was a complex individual, but good at her job, and I started to imagine how she would be 10 years later — if she hadn’t got fired."

Still, that doesn’t mean that Deadwind is in any way a follow up to Virta. Sofia is a totally fresh creation. Jokela went on to explain to the Drama Quarterly how her character became the core around which the rest of the series was developed. He also added how Sofia’s character and Deadwind in general are meant to reflect the relative gender equality of Finland.

While their stories are so different, it’s hard not to see some character traits in Sofie that are similar to America’s most-loved female detective, Olivia Benson. They’re both single moms, great at what they do, fighting their own personal demons and tragedies, and never seem to give up. And, as Jokela explained, killing it in a traditionally male industry. 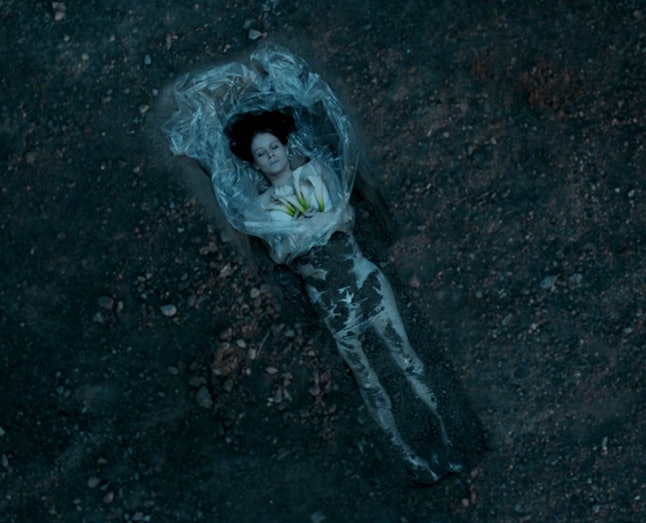 While Sofia Karppi might not be an actual person, Jokela still admitted in an interview with Nordisk Film & TV Fond that he sometimes thinks of his main characters that way. "In [a] TV series," he said, "you get to know your main character so well that you start to think of her or him as a real person, which I find quite bizarre but interesting."

Indeed, Deadwind does sound like a bizarre but interesting story with a great concept behind it. It’ll be interesting to see how a culture with such strong themes of gender equality translates into a story about a 21st century female detective. The show was already a hit in Finland, pulling in 800,000 viewers for Season 1, according to Nordisk Film & TV Fond. Now it’s time to find out if the story of Sofia Karppi can translate for the rest of the world. I have a feeling it will.