She was also asked about telling Depp, "see how many people believe or side with you."

As anyone watching the live stream of the Johnny Depp defamation trial can attest to, the actor hasn’t intentionally looked ex-wife Amber Heard in the eyes once so far, even during her time on the stand testifying.

When his attorney started to grill Heard at the start of cross-examination on Monday in Virginia, we all found out why.

“He promised you you would never see his eyes again, is that true?” she asked Amber, who said that was the case. Depp’s lawyer then played audio from a meeting the two had in San Francisco in July 2016 — after Heard had filed for divorce and obtained a domestic violence restraining order against him. 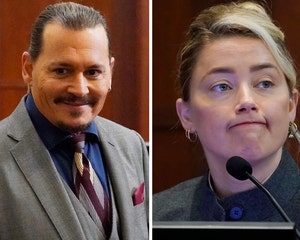 In the audio, she’s heard saying she wants to give Depp a hug goodbye, but he was livid.

“I’m nothing to you, you’ll always be nothing to me,” he told her, “We’ll never see each other again. You like looking at my f–ing eyes? You will not see my eyes again.” When asked whether Depp “kept that promise,” Heard said, “As far as I know, he cannot look at me. He can’t.”

His lawyer also played audio in which Amber is heard telling him, “You can please tell people that it was a fair fight. See what the jury and judge think. Tell the world, Johnny. Tell them I, Johnny Depp, a man, I’m victim too of domestic violence. See how many people believe or side with you.”

“I was saying it to the man who beat me up, yes. I thought it was preposterous,” said Amber, defending herself. “To the man you beat up,” said Depp’s lawyer, before Heard replied, “I could never hurt Johnny.” 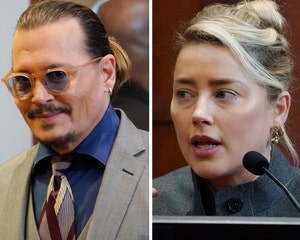 “You didn’t think he could tell the world he was a victim of domestic violence, did you?” she then asked. “I found It hard to believe that he could or that he would do that, considering the relationship he and I had …  knowing what I know we lived through,” Amber responded.

“With all due respect, I wasn’t saying it because he’s a man, I was saying it because he was a man who beat me up for five years,” Heard added — before being asked whether Depp was “your victim.” Amber’s response: “No ma’am. He is an abuser and you can look either of us up online and figure out who’s being abused online.”

The cross-examination is ongoing.

Depp is seeking $50 million in damages after Heard claimed she was a survivor of domestic abuse in an op-ed in the Washington Post in 2018. While she didn’t name Depp in the piece, his lawyers argue it was implied to be about him and negatively affected his career. She countersued Depp for $100 million.

The actor has already lost an earlier lawsuit he took in the UK over the same article that appeared in The Sun. See all of our ongoing coverage here. 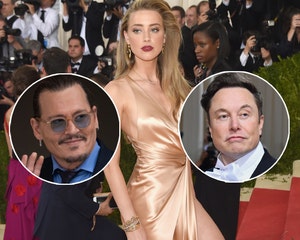