Even if your last relationship ended amicably, a text from your ex might have you shook. You might be ultra upset if things haven’t cooled down yet. You might be annoyed at their audacity to text you, especially if you’re not in the "friends again" stage. Or, this text from your ex might have stirred up curiosity and regret because you’re still nursing feelings for them. Whatever the case may be, there are also neurochemical and physiological responses that come along with this, too — ones that happen out of your control and may make you feel out of control. When your ex texts you, your brain responds in a way that either mimics addiction or being in danger.

One way or another, this text will have an intense effect on you. Dr. Joy Harden Bradford told Elite Daily that an ex text might send you into a overthinking spiral. You’ll get stuck asking yourself questions like, "Do they want to get back together? Did they realize it was a mistake?" It’s even worse when your feelings about your feelings about the breakup itself are unresolved.

But the good news is that there are ways you can prevent it from ruining your day. 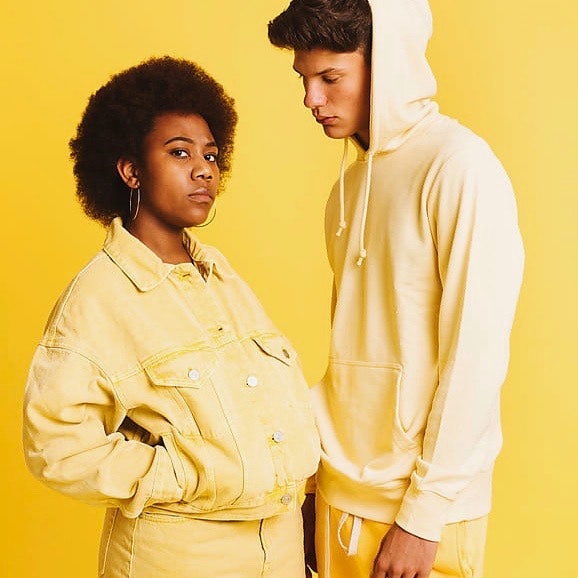 Clinical psychologist and author Dr. Beth Kurland explains there a number of chemicals at work — namely, the hormone oxytocin and neurotransmitter dopamine — when we fall in love. These chemicals were responsible for solidifying your feelings of attachment and connection to your partner (now your ex). Dopamine in particular is responsible for feelings of euphoria when you’re falling in love, Kurland says. It’s also the chemical that spurs your brain’s "reward system." When activated, it encourages you to seek out stimuli that makes that euphoric over and over again. These neurochemical reactions will into play if you’re still in love with your ex and they reach out via a text.

"When we break up and later get a text from an ex, this can re-trigger and activate that same neural circuitry," Kurland says. "We crave that same pleasure we once experienced with this person, which can help explain why it is so hard to let go of an old relationship and why it can even become an obsession." Your brain’s reaction is similar to that of addiction. It’s why, too, an ex message can easily trigger a post-breakup thought spiral of "Are they still in love with me too?", "Is there any way to work this out?", and "Where did we go wrong?"

You get heartbroken all over again 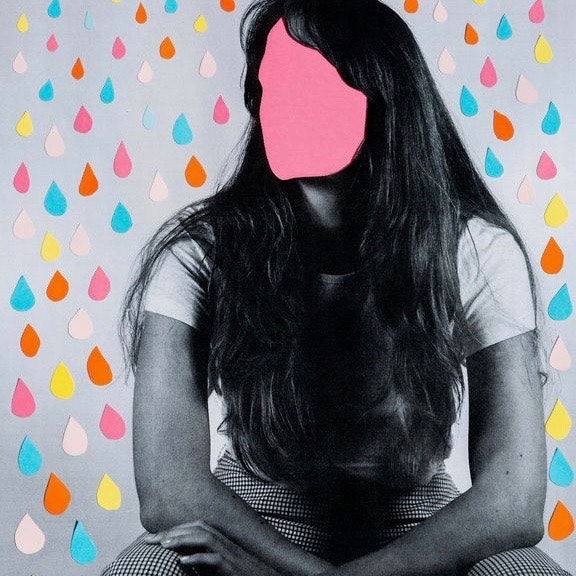 On the other hand, Kurland says, experiencing the “intense social rejection” of a breakup activates the part of the brain that perceives pain. If your ex hits you up, it’s possible that you’ll literally get a pang in your chest reading their message. "When we experience a loss it can feel like a very physical feeling in the body," Kurland says. "Anyone who has experienced heartbreak knows that the heart can truly ache."

What’s more is that your ex reaching out can bring about a moment of intense sadness or even mourning. Leigh Smith, a researcher at University of California Davis’ Attraction and Relationships Research Laboratory, says a text from your ex would probably activate your brain’s grief centers. A 2004 study in The American Journal of Psychiatry observed women remembering their ex-partners after a recent breakup. The authors saw increased activity in the cerebellum, posterior brainstem, and other regions of brain that are associated with acute grief. 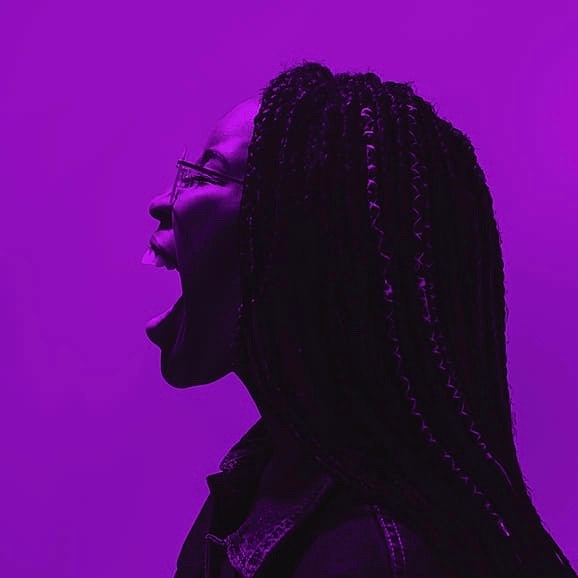 Kurland also brings up the fight-or-flight response. Your body gets ready to either throw hands or retreat. It’s a reaction that’s a part of your autonomic nervous system, a.k.a, it’s an involuntary response. "The amygdala in our limbic system of the brain sounds an alarm," Kurland says, the end result being the release of adrenaline into our blood. "When we see a text from our ex, depending on how we perceive this text and what it emotionally triggers for us, it might send us into a fight-or-flight response."

The other response your body would have at your ex’s name popping up on your lock-screen is to release cortisol, "the stress hormone. It plays a part in a phenomenon similar to fight or flight called the "challenge" vs. "threat" response.

"When we encounter a stressor — like a text from an ex —there are two primary ways we can react. We can either one, believe we have the resources cope with the demands of the task. Or two, we can feel like the demands of the task outweigh our coping resources," Smith says. Essentially: Are you going to face whatever your ex said head-on, remaining #unbothered? Or are you going to get overwhelmed with crafting the perfect response and panic?

When challenge mode kicks in, cortisol jumps, and so does the body’s levels of dehydroepiandrosterone (DHEA). "Our body prepares itself for action," Smith explains. "Our veins open up and our circulation improves, so that our extremities (including the brain) have the blood they need to get the job done — in this case, carefully thinking through what we might want to say to our ex and typing the response out confidently."

Cortisol rises in threat mode, but DHEA levels stay low. Basically, you feel shook. "Our veins close up and our circulation slows down, so our brains and other extremities are weakened, and a bit starved for blood and oxygen," Smith says. "This means we might struggle thinking clearly. And when we try to type the response, our fingers might even feel numb and shaky."

Kurland adds that cortisol shuts down our higher cortex’s ability to step back and see the bigger picture. "We are overcome by a kind of tunnel vision, and we would be more inclined to react impulsively and defensively," Kurland says, like hitting "send" on a text we’ll probably regret. 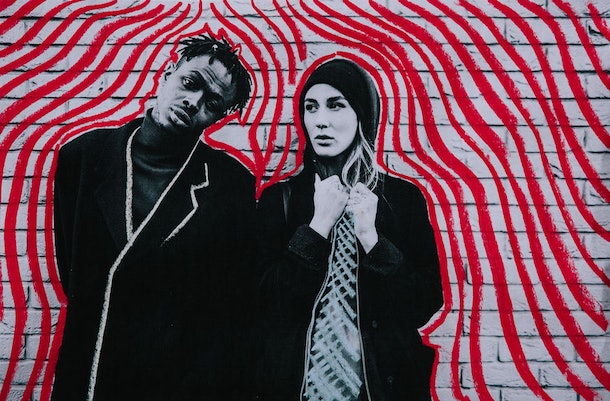 If you’re tired of emotional rollercoasters courtesy of your ex, both IRL and digital, you might want to touch base with them about the terms of your breakup. For example, was there any convo about remaining friends post-breakup? Were you to have limited contact? No contact? Your ex could possibly be reaching out because they’re looking for clarity. If your ex is just breadcrumbing you, then that’s all the more reason to talk and re-establish boundaries. 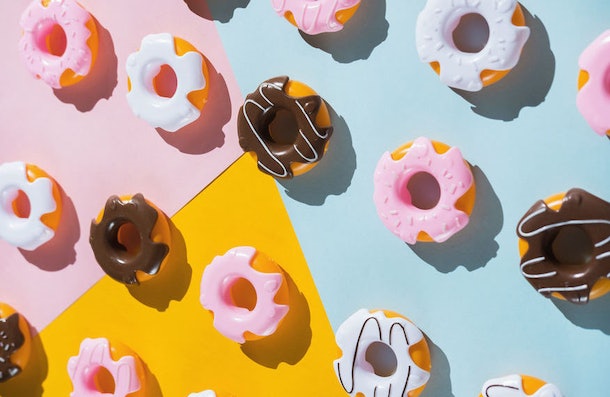 If you do want to keep your ex in your life (maybe even be friends with your ex one day), then the first step is to practice mindfulness in these early, post-breakup interactions. Mindfulness, Kurland explains, is the practice of paying attention, being present, and being aware non-judgmentally. There are all kinds of ways to be mindful in everyday life, from walking exercises, to journaling your feelings, to enjoying food or music with great attention.

In this case, Kurland says, "Our first impulse might be to follow that pull toward ‘reward’ and become re-entangled with an ex when we know this would not be good for our long term well-being." But instead of giving into the impulse to get back with your ex, being mindful "allows us to step back and gives us the space to see what is needed," according to Kurland.

When cortisol makes us freeze up or want to lash out at a message from our ex, mindfulness gets us back on track. "It can also help you to step out of negative thought loops that might get triggered, such as feeling like you are a failure or unlovable if the person broke up with you," Kurland adds.

If you didn’t know before, let science assure you: It’s actually super normal to be distraught when your ex texts you. It’s also normal to be confused, surprised, annoyed, or a bit wistful. But also know you also have the power to center yourself and ensure your ex doesn’t make you feel uncomfortable via text again, if that’s what you need. No matter what the reaction, know that your response, is, at the end of the day, very human.