He crossed the wide floor of the newspaper Christmas party – smart-arse smile, arms wide, that 2am sway.

Chin up, chest out he loomed over me. “Well we’ve taken a vote,” he said, his beer tilting slightly in its glass, “and we’ve decided that you’ve got the best tits in the place.” 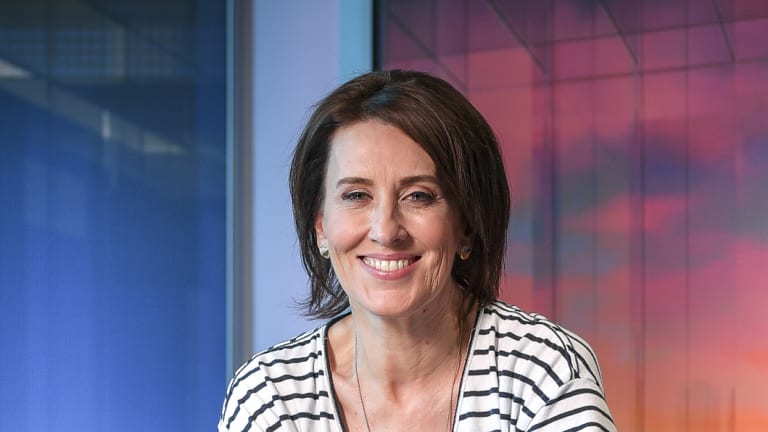 I have a fugitive memory of a half-laugh, a semi-scoff. Did I stride off? Did I throw back my head and laugh? Did I tell him to f— off? I have no idea.

A part of me suspects I burst into tears, but we all know that if there’s one thing a working woman has steeled herself never to do in the workplace, it’s to cry in front of these guys. Never. We save that for later.

We have forgotten more harassment than we remember.

Late last year, as the #metoo movement gained momentum and became the first and central point of discussion every time two or more women came together, recollections of long-forgotten intrusions, humiliations, attacks flashed into our minds with shocking clarity.

How is it that we can forget a grabbed breast, a hand up a skirt, a shouted description of our f—ability?

How? The same way you forget the banal requirement of putting the bins out each week and then bringing them back in. Garbage in. Garbage out.

Fast forward a few years and here I am back on TV after a year’s maternity leave following the birth of my son.

I open the mail one morning and a hand-drawn sketch falls out – it’s a crude version of me, with breasts hanging out, and this written underneath: “Put those saggy old breastfeeding tits away – that’s not what I want to see of a morning over my cereal!” 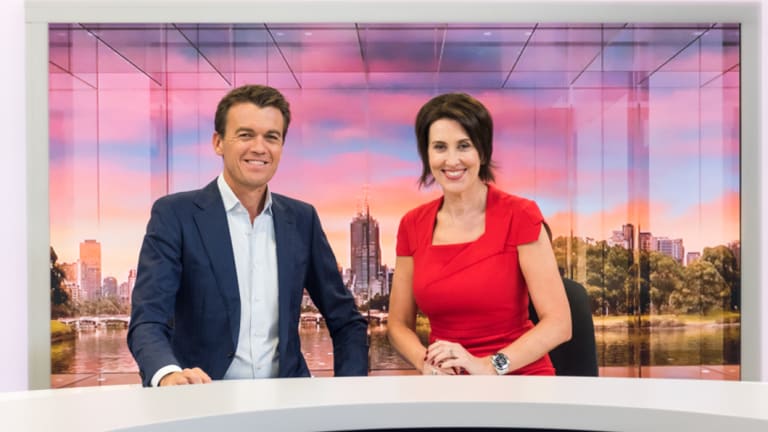 ABC News Breakfast co-hosts Virginia Trioli and Michael Rowland, whose program is about to celebrate 10 years on air.

As the psychologists say, we laugh to keep from crying. Some of this stuff we manage to park. Some of it scars, frightens us and traumatises us forever and some of it has chased good women I know away from the profession I love forever.

I’ve been a journalist for 28 years. I’ve had some wonderful experiences along the way. We are in a time when the credibility, strength and standing of our profession has never before been under such sustained attack.

Our once-unquestioned role of being the honest brokers who brought people together to meet in the middle – to engage in the contest of ideas and to test the veracity and purpose of their claims in the public arena – has been thoroughly shaken.

Those who have spent years fomenting fear and anxiety about institutions such as government, the courts, teachers, are seeing the pay-off in a retreat from trust that is alarming in how quickly it has sectioned the country.

The rise of social media has elevated any factoid or outright fiction to a level of un-truth that is now nigh-impossible to refute.

We in the media have not helped our own cause… with our opacity about sources and the compromising nature of some of our connections; by the miserly way in which we acknowledge (or don’t acknowledge) our errors; by a sometimes myopic and city-centric view of the life of this country; and by a lazy rush to secure a soundbite from those who might provoke clicks but also promote just the division that our analysts and columnists now bemoan.

[In order to help ourselves bolster credibility of what the media does], we have to own our mistakes.

You have to claim them and allow that destruction/reconstruction process to take place. It’s also incredibly empowering.

An occasional and pitiless self-scrutiny is one of the most strengthening exercises you can undertake. If you don’t – you’ve taken the first step to being on the run.

Over 10 years on news breakfast I’ve had plenty of opportunities to stuff up and then apologise: I’ve thrown to the wrong grab; I’ve read the wrong line. I’ve walked in front of the camera.

I’ve talked while I thought I wasn’t on camera. I’ve said things that are wrong and facts that are faulty. And I’ve apologised for it all. I’ve even, famously, called myself by the name of my co-host.

On another morning, a much more notorious incident involving me and Barnaby Joyce occurred that has been harder to live down. But, boy, did I apologise for that.

I apologised to Mr Joyce, to my team, the ABC, and to the entire country in a live broadcast that was one of the most frightening moments of my career. 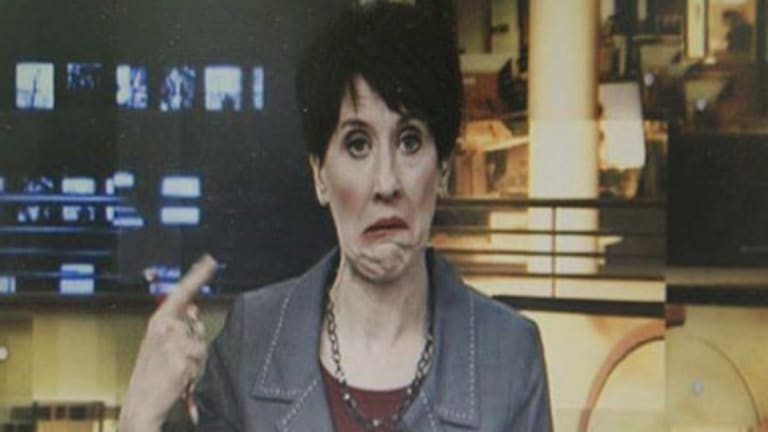 Virginia Trioli was caught out when the cameras cut back to her early after a Barnaby Joyce interview was aired.

That apology wasn’t enough for many people – and my mistake became a big political stick with which to beat me and the ABC.

I can tell you there was absolutely nothing political or biased about that moment. Nothing.

There is a deeply personal explanation for that morning – one that on the eve of the 10th anniversary of ABC News Breakfast – I’m finally willing to share.

That morning I was jubilant. I was high as a kite, and I remember now the exuberance and hilarity with which I strode through the door of the office at 4am.

I’d just returned from a week’s leave during which I underwent my 100th IVF procedure and 85th embryo transfer.

We finally had an embryo that looked like it stood a chance. It was transferred and I returned to work technically pregnant and over the moon. As in the way of these things – and particularly with women on TV – of course no one knew a thing about it.

The hijinks in the studio that day, all generated by me, were funny, silly and incredibly risky. You just don’t play up like that in a live studio.

When we replayed an interview with the then Senator Joyce that I’d done earlier that morning, an interview characterised by tortured language and some confusing concepts, I twirled my finger by my head for the amusement of no-one in particular. 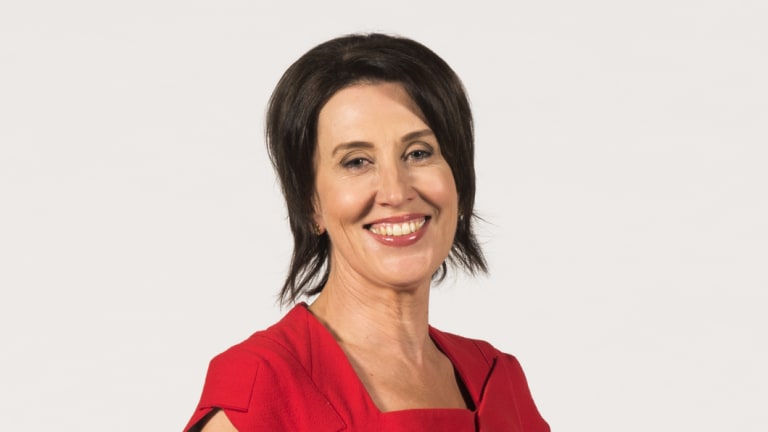 Virginia Trioli has spoken about the virtue of owning your professional mistakes.

The camera cut back to me earlier than expected and I was caught. I think my heart stopped dead for a full five seconds. A part of me will never recover from the horror and shock at what I’d done.

I stumbled through the rest of the broadcast in a daze. Once off air I spoke to my EP, and then I rang Senator Joyce to apologise.

He had not seen the incident and dismissed it lightly – graciously accepting my apology. Later in the day he even joked about how sometimes he doesn’t always make sense.

By then the story was off and running. Oceans of social media outrage were boiling, and waves of abuse were pounding me. I turned off all social media and spent the rest of the morning in frantic discussions with ABC executives.

We knew how this looked. An ABC presenter sending up a coalition member at a time when the broadcaster was under sustained attack for perceived bias. It was dreadful.

I finally made it home. My husband was there, working from home. My bag slid from my shoulder and I stood in the middle of a room that seemed to have telescoped out to leave me alone and small at the centre of a vast and empty space, and I told my husband I thought I’d just killed a 20-year career in journalism. And I cried.

Two days later I began to bleed. Now, it is highly probable this tiny precious embryo was never going to take, so many of them don’t.

But to this day – and for all time – I will always believe that it was my own silliness and all the drama that followed that stole away one more hope for a child.

For anyone who thought or still thinks that was a moment of left/right ridicule – let me set you straight. If you think that, then you can know nothing of the abysmal lows and the ecstatic highs that make up the IVF rollercoaster, and the emotions that go with it.

It was foolish. It was unprofessional. But it was not bias.

Anyone who caught my attention that day was going to get snagged on the hook of my happiness. Except, of course, the one really caught out was me.

And finally, given everything Barnaby Joyce himself has gone through in the intervening years, it’s a strange and sad coincidence that it should be the possibility of a baby and the arrival of a baby that connects our histories.

This is an edited extract from Virginia Trioli's speech 'Being a difficult woman in a difficult world', delivered at the Brisbane conference of Women in Media today.