Melissa McCarthy says she was ‘flipped off’ for her Oscars tracksuit

Inside the Vanity Fair Oscar Party

Hollywood’s most glamorous party is back.

Showbiz publicists have been anxiously clicking refresh on their email inboxes this week, we hear, since Vanity Fair will once again host its A-list Oscar party.

Insiders exclusively tell us that the VIP celebration of the Academy Awards will again take place at the Wallis Ansnenberg Center for the Performing Arts in Beverly Hills, Calif. — but that the venue will be reimagined as a more “open-air space.”

There’s buzz that invitations started going out this week for the March 27 party.

It’s the first in-person Vanity Fair party for the awards since 2020: Last year, during the pandemic, the brand pivoted to a series of virtual engagements to benefit the Motion Picture & Television Fund’s coronavirus relief efforts.

But Vanity Fair editor-in-chief Radhika Jones promised at the time that, “We will be back with bells on.” She has presided over the ritzy bash since she took the reins at the Condé Nast glossy in 2017.

While the annual guest list may be top secret, nominees this year include such heavy such as Nicole Kidman, Will Smith, Denzel Washington, Penelope Cruz, Kristen Stewart, Andrew Garfield, Benedict Cumberbatch, Javier Bardem and Jessica Chastain. 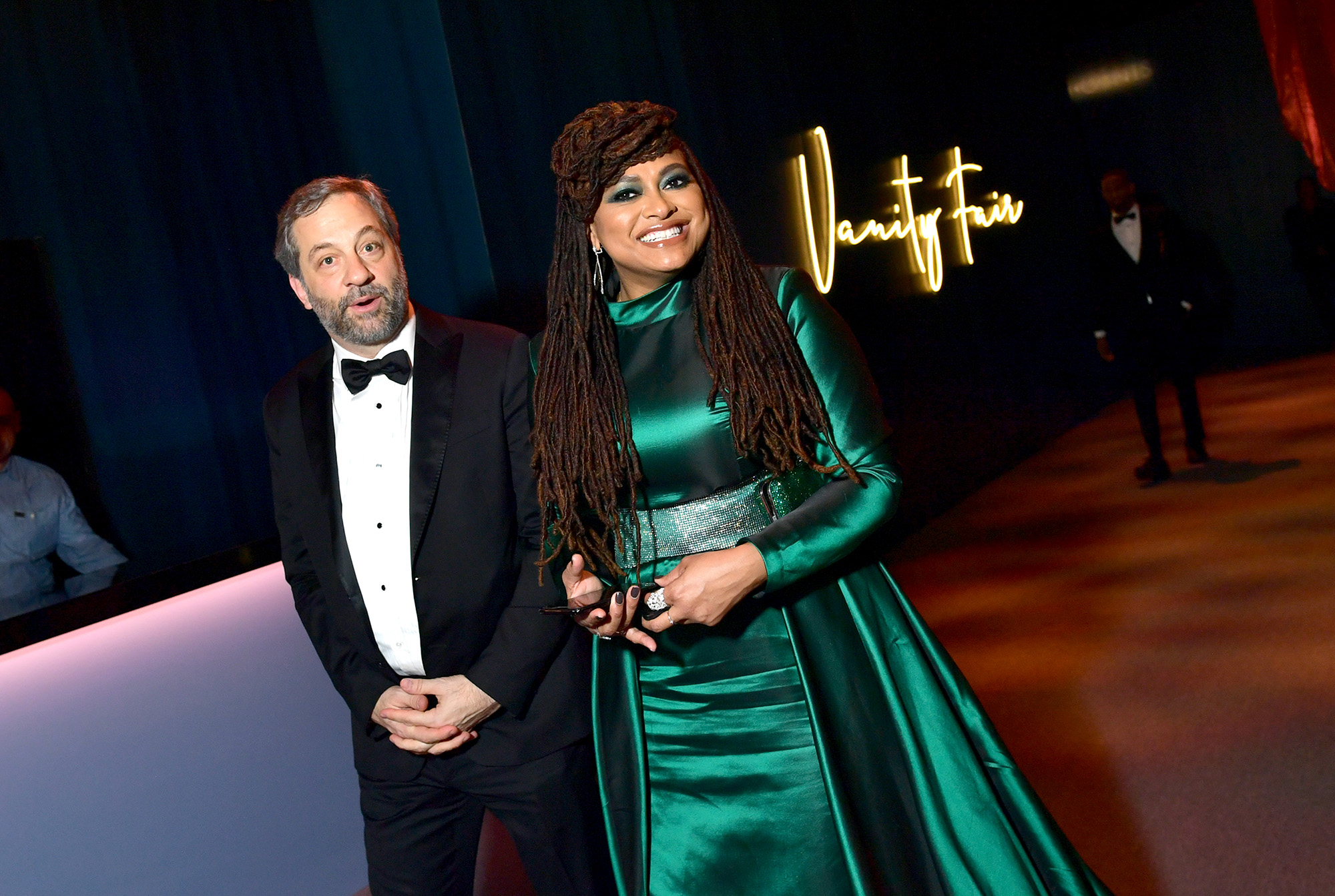 Cattelan told the mag of this year’s 28th annual issue: “I wanted it to be completely different than previous years… After such long isolation, we wanted to celebrate a city [Los Angeles] that holds such history, energy, and color. Creativity is always driven by the talent, and we are part of a chain that celebrates this incredible industry. Nicole Kidman already has 10 covers with Vanity Fair, and yet she was as collaborative and open as a newcomer. It was a great lesson of humbleness and professionalism.”